Metro Cooking DC brings together foodies from across the city

Hundreds of culinary enthusiasts attended MetroCooking D.C.’s 11th annual food festival at the Washington Convention Center on Dec. 3 and 4. Attendees had the chance to meet celebrity chefs and get a taste of local restaurants.

More than 50 local restaurants participated in the Grand Tasting Pavilion, where restaurants promoted their eateries with tastes of their signature dishes. Standout samples included Dolci Gelati Cafe’s fantastic gelato flavors such as saffron pistachio and eggnog and Kona Grill’s seven spice tuna on a cucumber and crab salad. In addition, Cooper’s Hawk Winery and Restaurant sampled fantastic truffles, including a delicious Zinfandel flavor.

Attendees also had the opportunity to taste a variety of alcoholic beverages in the Beer, Wine and Spirits Garden with small sips from a variety of breweries, distilleries and wineries such as Catoctin Creek, Bonterra and Starr Hill Brewery.

Hundreds of vendors filled the crowded convention hall, handing out tastes of their products and the opportunity to purchase a variety of food items, culinary tools, kitchen supplies and other products and services.

Cooking Light Magazine and the popular cooking website My Recipes co-sponsored a center activity area where attendees could decorate their own sugar cookie, spin a wheel for branded prizes and sit in comfy decorated couches.

One of the main attractions was James Beard, the food equivalent to the Oscars, awarded chef Jacques Pepin with daughter Claudine Pepin. Attendees flooded the audience, and even stood at the back to watch the cooking demonstration. Pepin began his demonstration with a briefing on knife skills, before slicing into a piece of fresh salmon to cure.

Throughout the demonstration, Pepin made the audience not only applaud for his masterful skills, but laugh at his humorous comments. The playful banter he had between him and his daughter was clearly as genuine as the stuffed chicken he was making smelled good.

“The more noise you do, the more you impress the neighbors,” Pepin said in his thick French accent while chopping garlic.

Pepin did not subscribe to the belief that food is not to be played with. He made a smiley face on a lemon for garnish and a rose out of a skinned tomato. Both he and his daughter cracked jokes while casually sipping wine and cooking. Years of being in the culinary world has not only made him a master chef, but a captivating entertainer as well.

Pepin completed his demonstration by deboning, stuffing and cooking an entire chicken before finishing with his famous omelet. His culinary skill and teaching style made his cooking seem not only delicious, but accessible for anyone with patience and an appetite.

He completed his presentation by advising a young girl in the audience, “Everything you like call a vegetable. It makes your life much easier.”

As Washington continues to grow as a food destination, Metro Cooking D.C. is integral to the local food community as it gives a great platform for local chefs to interact with their community as well as national and international culinary professionals.

Metro Cooking D.C. continues to reign as the premier culinary gathering for foodies and people simply interested in experimenting with new cuisines in the Washington region. Sure the big name chefs are a nice draw, but ultimately it is the diverse and high quality range of food available to purchase and sample, the friendly nature of the servers and the joy that comes from watching people in the food industry do what they love that will keep people coming back for years to come. 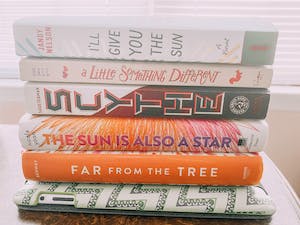