Only one incident reported

An AU student hospitalized last week for pulmonary tuberculosis is recovering quickly, and no such similar cases on campus have been reported, according to Student Health Center Director Dan Bruey.

Although Bruey's office and the D.C. Department of Health have since contacted and tested all at-risk students and staff members, the university could not provide more specifics - including how the student contracted the disease, how many AU community members came in contact with the disease and which areas of campus he or she may have inhabited.

"A case of active TB was confirmed to the SHC late Thursday afternoon," Bruey said in an e-mail. "We received the D.C. DoH letter on Friday and worked to have it distributed to residential students as soon as possible."

The e-mail, which arrived in on-campus residents' e-mail inboxes Saturday evening, provided students information about TB and a copy of the D.C. DoH letter issued to AU staff about the infection. According to Vice President of Campus Life Gail Short Hanson, the recipient-limited, time-delayed e-mail was both warranted and intentional, given the nature of TB and the guidelines D.C. DoH provides universities for handling it.

"You have to be in sustained close personal contact with someone to have a chance at contracting this," she said. "If it was a highly contagious disease, we would have been immediately in contact with everyone."

"DoH did not require us to send out an urgent notification ... but I sent an e-mail to RAs before they received Bruey's letter," he said. "I instructed them to provide resources and support; the goal there is to reinforce they are the closest to students' concerns."

Off campus, however, assistance and information was far less abundant. The alert in today's Today@AU will be the first formal communication between AU administrators and off-campus residents since DoH notified the Student Health Center several days ago.

"I'm startled I didn't hear about it sooner," said Ilana Kalambach, a junior in the School of Communication who lives off campus. "It's good information to have; I feel like [holding the information] is an unsafe decision, and it would have been better if AU told everyone at the same time."

TB is a potentially serious infection that most commonly affects the lungs or throat, according to the Centers for Disease Control. Infected persons with those strains may spread it by coughing, sneezing, speaking or singing, according to the Web site that Bruey and his office sent residential students.

Although D.C. DoH does not require local college students to receive TB vaccinations, AU strongly encourages them, Bruey said. The incidence of the disease, however, is rare. According to the CDC, the TB infection rate in 2007 was 4.4 cases per 100,000 people - the lowest rate of infection since the United States began measuring it in 1953.

You can reach this staff writer at tromm@theeagleonline.com. 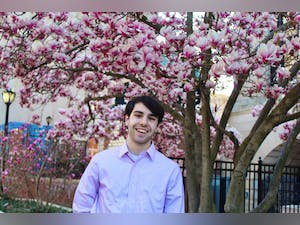