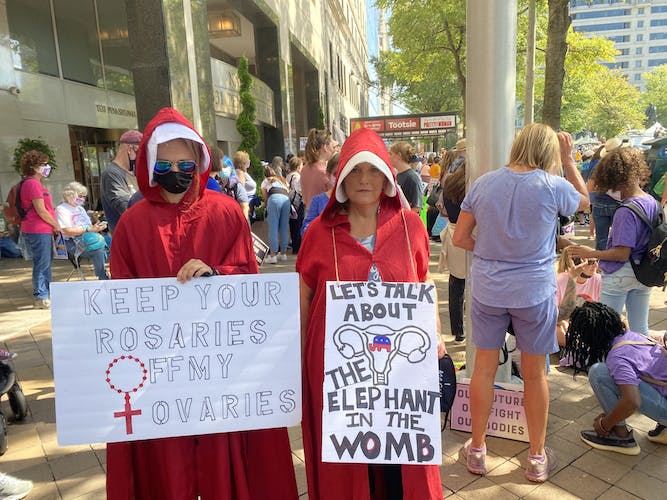 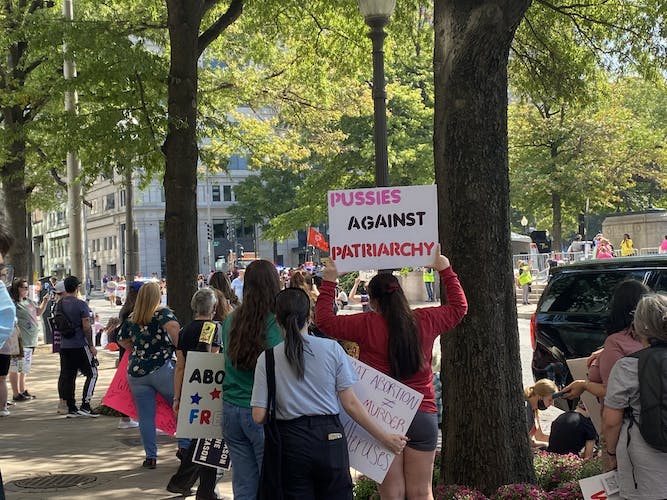 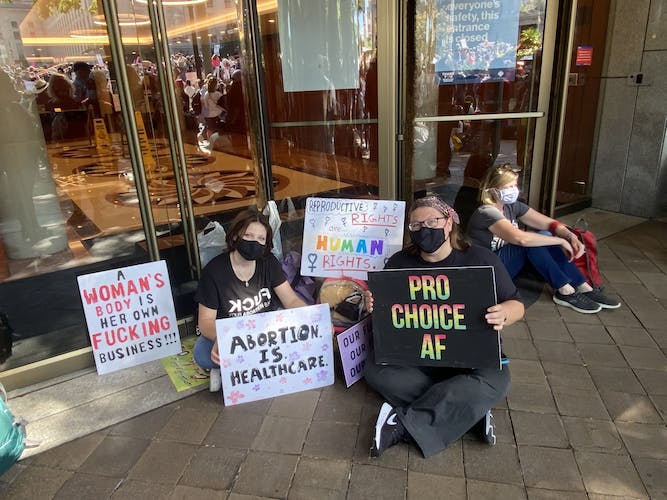 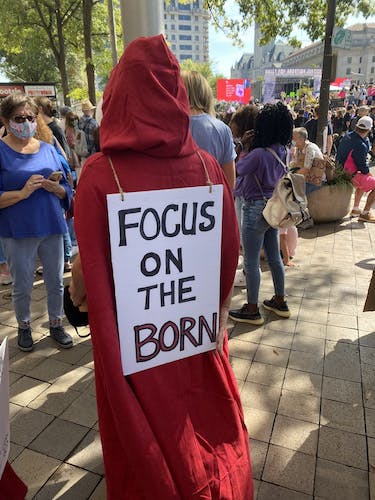 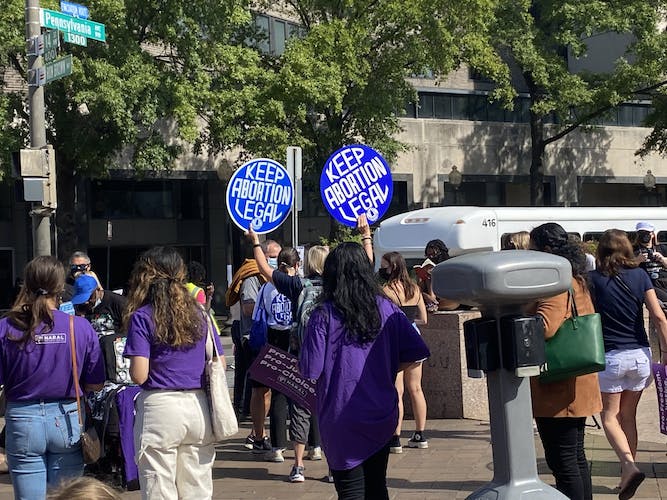 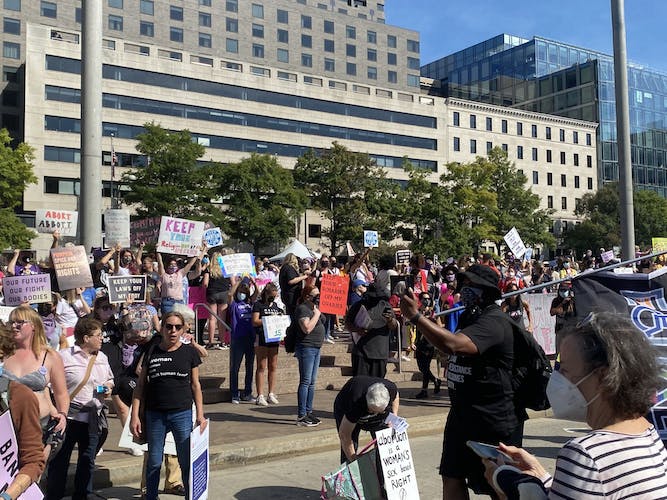 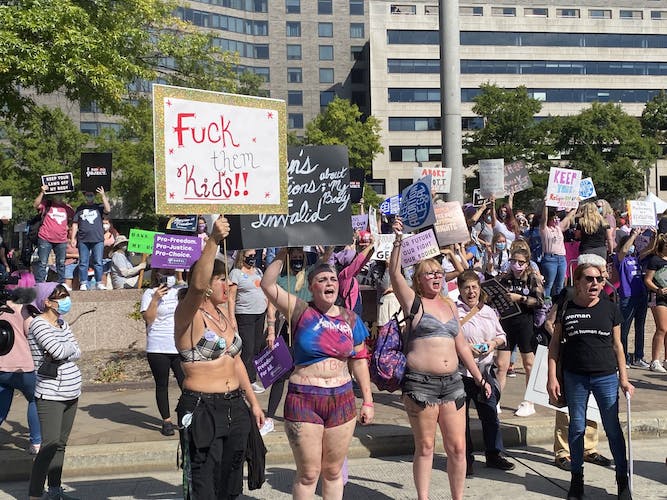 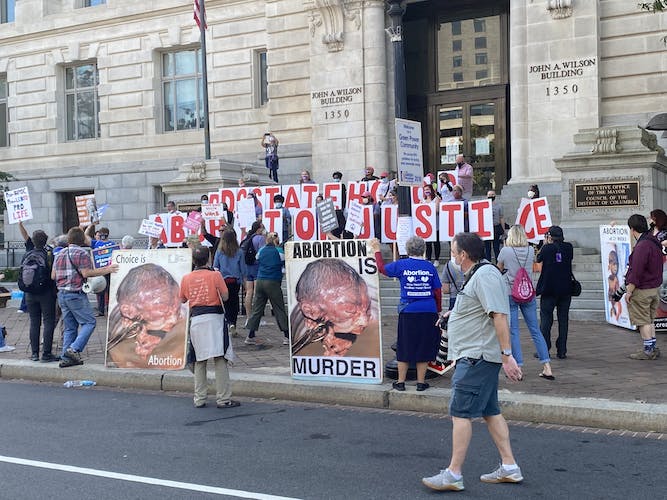 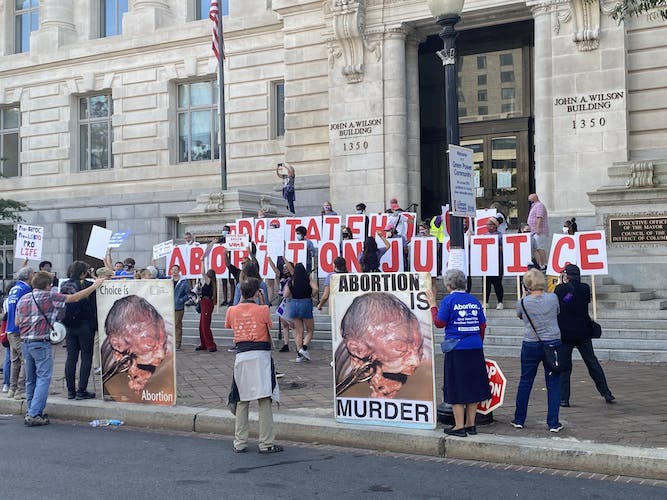 Homemade signs reading “save Roe now,” chants of “abortion is healthcare” and “Girls Just Want to Have Fun,” by Cyndi Lauper blaring through the crowd: these were a few of the sights and sounds surrounding protesters at the 2021 Women's March on Saturday.

Participants gathered at Freedom Plaza on Oct. 2 to protest and voice opposition towards increasingly restrictive abortion laws across the country. The event included a faith gathering, a Black feminist meeting, a rally and a march towards the Supreme Court.

The annual Women’s March has been held since 2017, with protests occurring in every state in the country, plus D.C.

D.C. resident Taina Litwak, who attended the march and has been marching for reproductive rights since the 1970s, said it is important that women have a choice to choose abortion if they need to.

“I had an abortion when I was 17,” Litwak said. “I’ve never regretted it. It was sad. I was not ready to have children. I have two wonderful children, which I had when I was ready, and everybody should have that choice. Women are always going to need abortions, and they’re going to get abortions, whether it’s legal or not. They always have and they always will.”

Protest attendee Angela Weldin said she hopes “[Texas Governor Greg] Abbott gets his … hand out of my goddamn uterus.”

With signs reading “I am the pro-life generation,” “Pray to end abortion” and “LGBT+ Democrat standing for life,” pro-life groups Students for Life of America and Purple Sash Revolution were also in attendance. They held counter-protests in front of the Supreme Court.

Counter-protester Marissa Vonish, said she attended the march to initiate a conversation with others.

“I believe in solutions that are greater for women than abortion, such as greater parental leave, economic decisions that help women support children,” Vonish said. “Just because abortion is violence, and I don’t think it is the solution to the oppression we face.”

According to protest attendee Maureen Plunkert, she took part in the march because she believes that women should have “the right to choose what happens within and around their body.”

Plunkert said she hopes the march lets legislators know that the issue of reproductive rights is not going away and that legislatures “better make the right choices.”

Maryland resident Sally Rafsh, who attended the Women’s March for the first time, said it is important to stand up and fight for everybody — man or woman.

“​​It’s about health,” Rafsh said. “It’s about equality. It’s about choice and freedom of your own body, [and] your healthcare.”