The pandemic brought on various challenges for unhoused residents 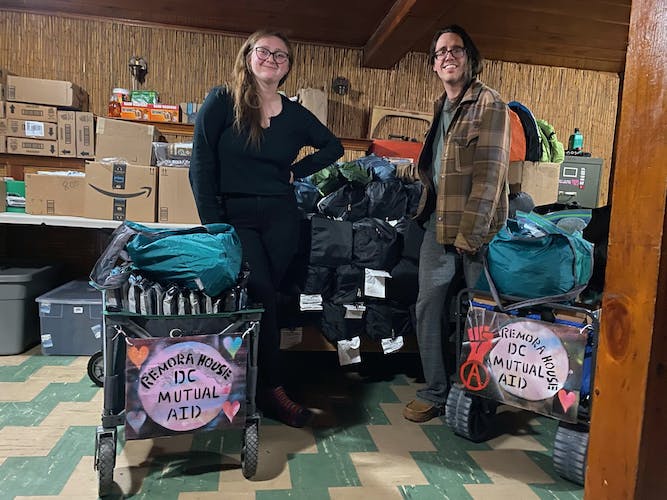 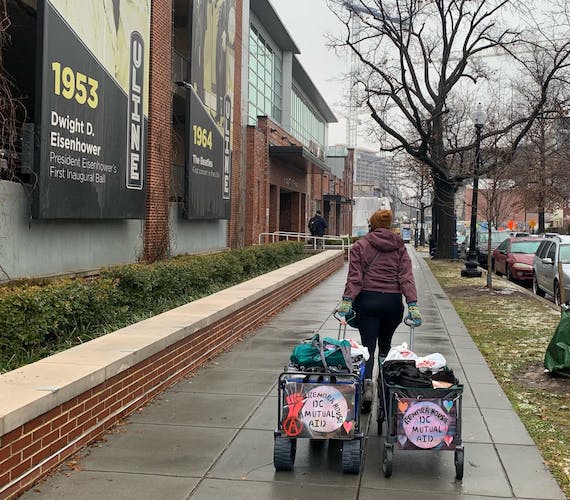 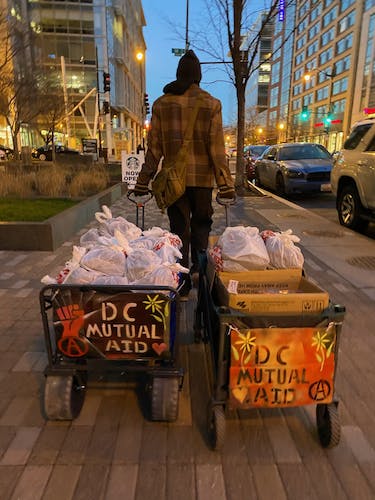 Anticipating violence near the Capitol building before President Joe Biden’s inauguration, two American University students entered the “Red Zone” established by the National Guard to provide an escape plan to those with the least access to mobility –– D.C.’s unhoused residents.

Shannon Clark and Aaron Howe, both Ph.D. students in the University’s anthropology program, distributed over 60 Metro cards and maps of the closed Metro stops to unhoused residents located downtown in neighborhoods like NoMa, they said.

“It was basically just like an emergency evacuation plan so that people could get out if they decided it got unsafe,” Clark said. “This way, they had more freedom and autonomy to make that decision for themselves instead of relying on or being told by other outreach people.”

Clark and Howe have been providing essential supplies to unhoused residents throughout D.C. since the coronavirus pandemic erupted in the U.S. last March.

As co-organizers of the Remora House, an unhoused outreach group, what started with small weekly dispatches of hand sanitizer and facial masks soon became a larger distribution network providing tents, sleeping bags and, more recently, Metro cards. The pair has utilized social media and email request forms to spread awareness of their cause and provide an avenue for donations.

“I mean, I know I have a pile of Metro cards because I just forget them at home, and then I have to get a new one if I go out,” Clark said. “So we asked people to send these likely unused Metro cards. And sure enough, most people that sent them sent like four or five or six.”

Clark said that she and Howe now permanently carry sleeping bags, tarps and tents in their cars to provide to unhoused residents in the case that their property is destroyed or damaged.

“It’s happened before in other cities, and that far-righters have attacked unhoused people and destroyed their property,” Clark said. “And so we wanted to be able to quickly respond, in case anything like that happened, and be sure that people had an immediate replacement for whatever shelter or other property that they might lose to violence.”

After the Capitol insurrection on Jan. 6, Howe and Clark checked in on unhoused residents around the city.

“After that, we felt like we hadn’t done enough preemptive planning and safety planning,” Clark said. “And we really wanted to be able to offer more than just a warning to unhoused people that lived in the area and might potentially get caught up in any violence.”

No known political violence occurred in D.C. on the day of Biden’s inauguration in late January, but other unhoused advocacy and mutual aid groups like Black Lives Matter D.C. and the Sunrise Movement initiated a push to help situate unhoused people in hotel rooms. Clark said that people were able to use their Metro cards to get back to their camps or places of shelter after their stays.

Howe said the pair will continue to hand out Metro cards to unhoused residents; at the beginning of the COVID-19 shutdown, the buses were free, but now they are starting to charge fares.

The pandemic has brought other unique challenges to unhoused residents, including the closure of bathrooms. However, Clark said that mutual aid groups are doing whatever they can to aid in these challenges.

“One of the really wonderful things that’s come out of the uprisings of last summer is a lot of that energy that was being put into like those protests has really shifted to mutual aid work and survival programs,” Clark said. “That’s really what I think of with this enhanced outreach, more so as a survival program to try and get people through the winter mostly.”