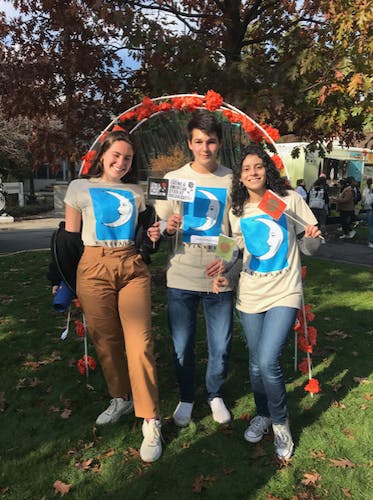 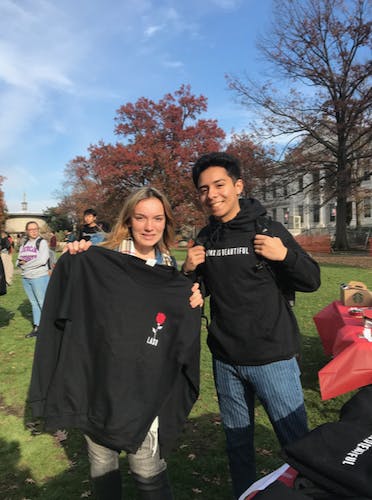 Latinx and American Student Organization (LASO) is continuing to adapt to a virtual environment by hosting online events and sponsoring speakers via Zoom, according to junior Campbell Urrutia, the club’s co-president.

LASO co-sponsored several events via Zoom in the fall semester, including one with the Kennedy Political Union on Sept. 10, featuring former Sec. of Housing and Urban Development Julián Castro.

Urrutia, who joined LASO his freshman year and became a member of the club’s executive board his second semester, said that LASO uses “Latinx” in the club’s name because of its inclusivity.

“We are an organization centered around creating a safe space and a home away from home for all members of the Latinx community at AU,” Urrutia said. “Our mission is to advocate for and educate about important issues in our communities — in D.C., nationwide and abroad — all while trying to create a space where we can celebrate and uplift the diverse experiences within our community.”

Despite limitations due to coronavirus, LASO was still able to hold club meetings in the fall semester via Zoom.

“Something that [the executive board] definitely noticed is that a lot of organizations are struggling to get a draw on Zoom events,” Urrutia said. “Typically, our general-body meetings would pull about 40 to 50 people, and on Zoom events, it’s … typically around 20 to 30.”

Urrutia said the involvement fair is typically one of the best ways for LASO to recruit new members. However, the number of students who joined LASO’s session at the involvement fair has gone down, due to it being conducted virtually in both the fall 2020 and spring 2021 semesters, he said.

In spite of the difficulties, the club has big plans for the spring semester. LASO launched the first edition of its weekly newsletter on Feb. 2, which is sent out to club members. The group will also host an upcoming event this semester featuring AU World Languages and Cultures professor Juliana Martinez on the topic of toxic masculinity in the Latinx community.

Urrutia emphasized the importance of hosting enough events for LASO members to enjoy participating in the club, but not so many that they are overwhelmed after already spending so much time online.

While Urrutia enjoys the social aspect of LASO, he said learning about the experiences of those with a different background is the best takeaway from his time in the club.

“We try really hard to be open to people that aren’t in the mainstream Latinx identity,” Urrutia said. “Getting to learn about and experience different parts of the diaspora through LASO is really, really valuable to me.”