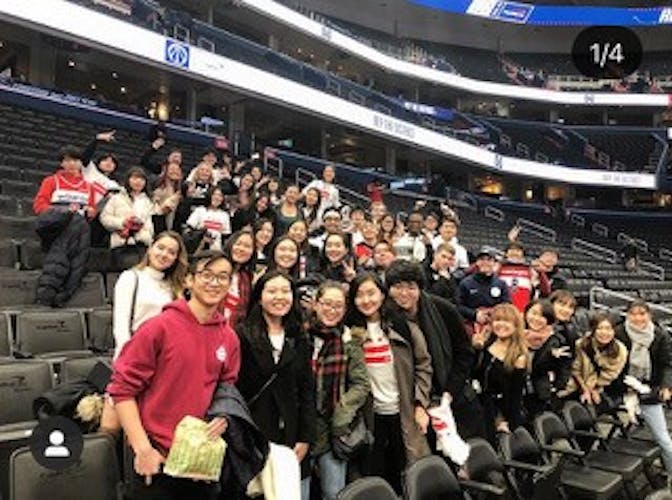 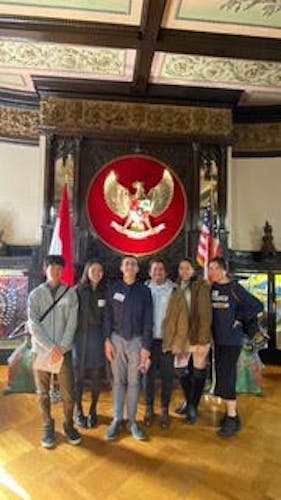 Members of the club ZARON: Student Research Institute on the Asia-Pacific, have felt the effects of American University’s virtual operations ripple throughout their club, according to sophomore Glenn Wilson, the club’s public relations director.

ZARON, which is a combination of two Japanese words that translates to “sit” and “talk,” strives to promote Asia-Pacific cultures and studies throughout D.C., providing opportunities for AU students to learn about Asian communities, Wilson said.

Wilson, who majors in international studies, joined ZARON as a freshman after being the president of his high school’s multicultural club.

ZARON is not exclusive to Asian and Asian American students; the club’s focus is to teach about Asian culture, said senior Joseph Marquez Machado, the treasurer and director of event coordinators for ZARON.

A significant portion of ZARON’s members are one-year or one-semester international students, said Maria Carolina Diamantaras Nome, the vice president of the club.

Diamantaras Nome, a senior in the School of International Service, said ZARON offers a way to connect international students to American students.

“ZARON’s really unique because it’s a really diverse club in terms of, it’s open to anyone who has interest in Asia,” Diamantaras Nome said. “We’re literally a friend group. We’re a family.”

Before the pandemic, Wilson said that ZARON held sessions where members of the club talk about their cultures. The group also hosted various guest speakers, including diplomats, and last fall, several ZARON members toured the Indonesian Embassy. Members would also get together to play games and watch and discuss Asian films.

The club has been holding culture talks, watching movies and playing games since classes went online in March.

Wilson said that it has been hard to adjust to the virtual format, especially since many of the club members are spread worldwide in different time zones. Wilson is at home in Chicago for the semester.

The hardest part of being virtual has been recruiting new members and growing the club, Wilson said. He said it was hard to get people to visit the group at a club fair, since ZARON was at the bottom of an alphabetical list on Engage.

Despite some setbacks, Wilson said that ZARON members have been thinking of creative ideas to recruit more students.

“People had an idea of making our Zoom background our poster, so any of our classmates could see ZARON,” Wilson said. “Majority of it is just seeing what other [clubs] are doing for promoting club-wise, and we immediately join in on that.”

Wilson remains hopeful and excited for what’s to come, and he is looking forward to returning to campus.

“Once things go back to normal, we'd like to start back on tours in the embassies and a lot of cool guest speakers that can actually come in and show what they do,” Wilson said. “We've also had a lot of fun karaoke nights, especially during Halloween season.”

Wilson said that the friends he’s made in ZARON are the highlight of his experience with the club.

“It’s insane how many people from different countries just have an interest in Asia, and through that common interest, we’re able to hang out and have lots of fun together,” Wilson said. “Especially when we were actually in D.C., we were able to try a lot of cool snacks, a lot of cool foods. It’s fun seeing different cultures interact together.”