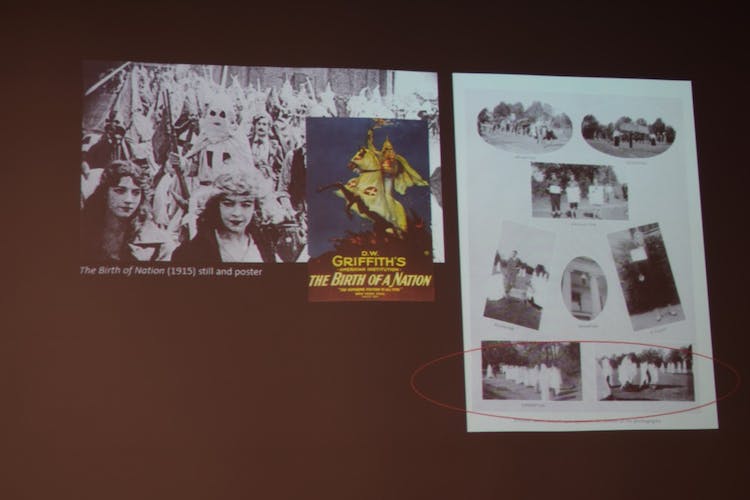 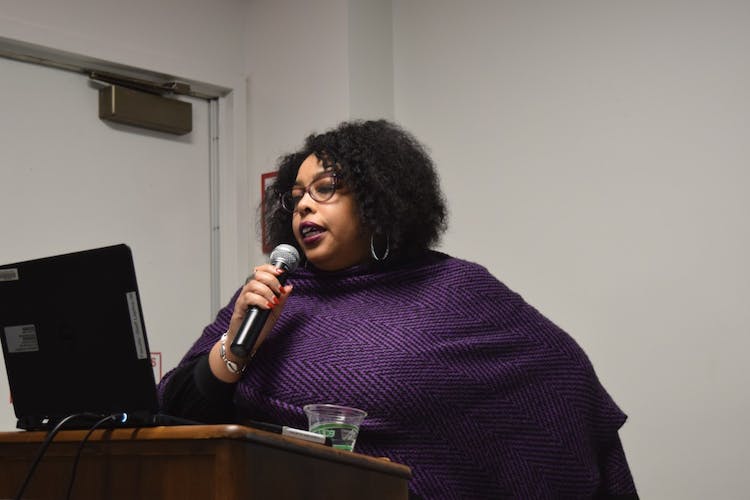 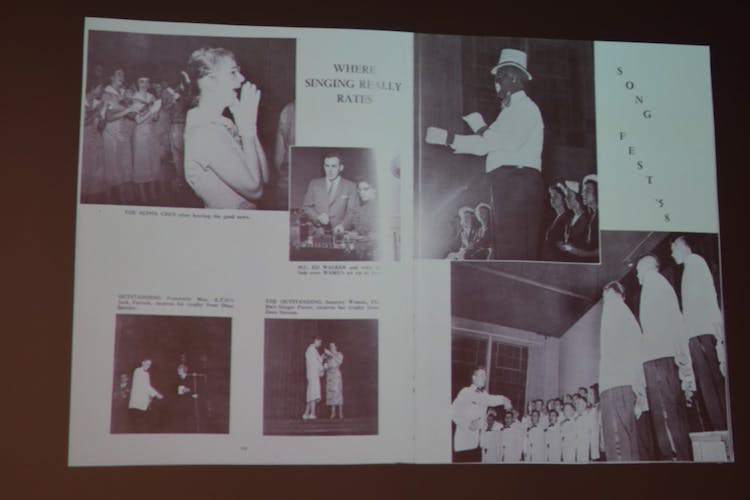 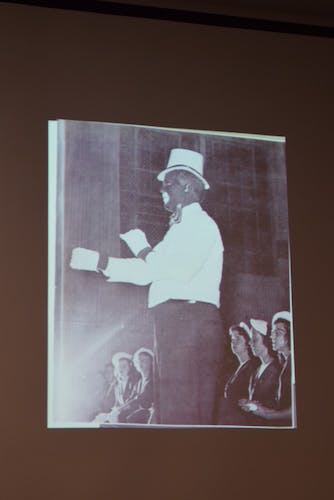 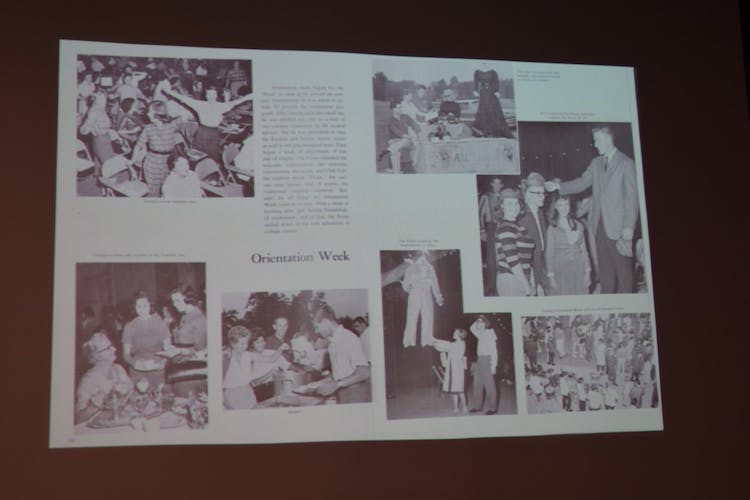 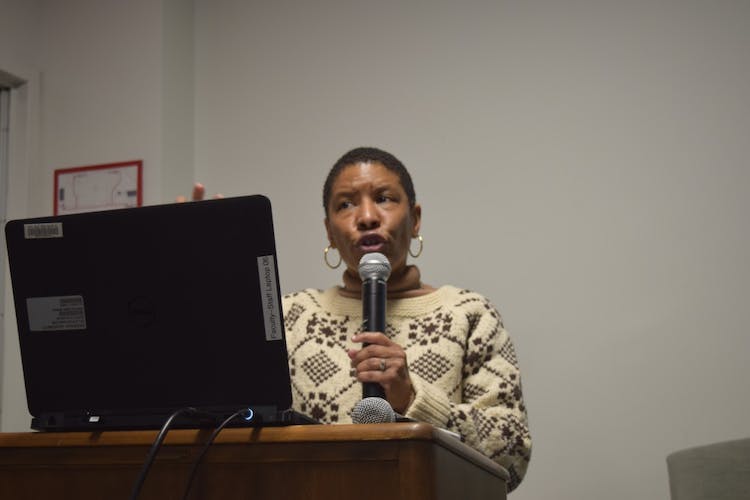 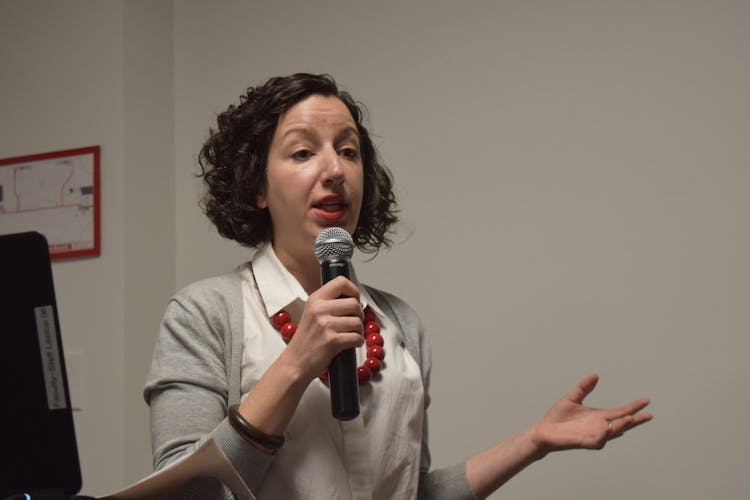 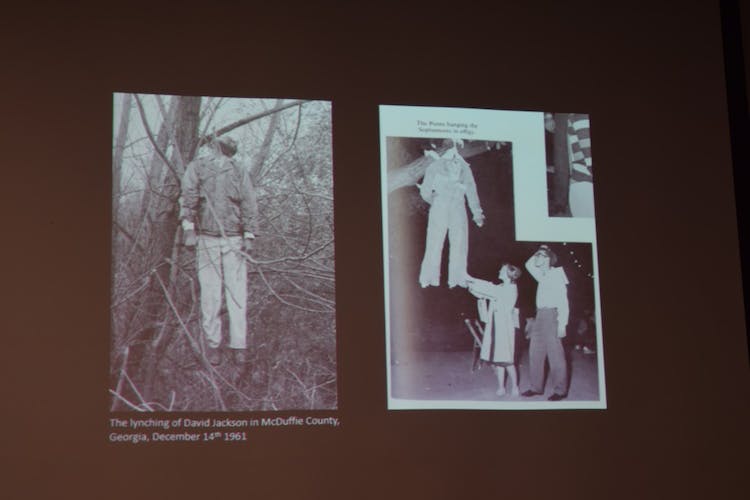 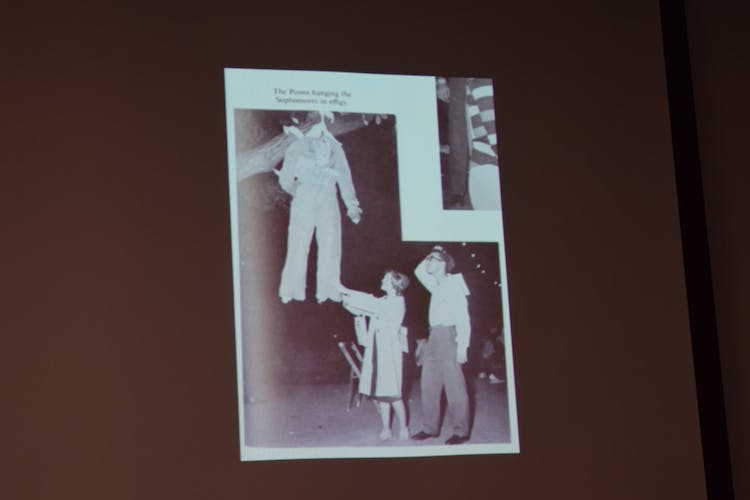 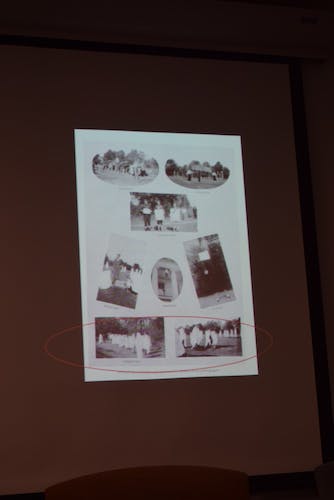 After the University announced in February that 15 photos “of concern” were found in a review of AU yearbooks, including some photos depicting people in blackface, three professors led a discussion on March 20 about the images and their historical context.

“We did this because this is an issue that, depending on where you sit, is embarassing or it’s   hateful,” Davenport said. “We thought that as an institution of higher education, we should go through the images and we should explore them for ourselves and see what impact it has on our faculty and our students.”

The event was led by AU professors Sybil Williams, Nika Elder and Sherri Williams. Sybil Williams, the director of the African American and Africa Diaspora Studies program at AU, began the conversation by giving historical context to the images in the yearbook, which included a man performing in a minstrel show in a 1958 Talon photo.

She said that minstrel shows, which began in the early 19th century with white actors caricaturing black people, were fundamental to inspiring the elements of contemporary American theater.

“Racism, white supremacy, anti-blackness are formulated such that they are ingrained in the very fabric of this country,” she said.

She noted, however, that minstrel shows provided an opportunity for black actors, who also appeared in blackface, to make a living in the performance industry.

During the event, Elder, an art professor specializing in African-American art, said that a 1961 yearbook page that depicted students partaking in a fake hanging, was “jarring” considering the lynchings taking place in the U.S. during that time.

Elder added that the yearbooks that lacked diversity sent a message that black students “do not belong and do not have a place” at AU.

As far as the University is aware, the first black student was admitted to AU in 1936, according to Leslie Nellis, the library’s associate archivist. It is not known whether or not the student enrolled at AU.

While AU never had a formal segregationist policy, the University formally stated that they would admit African-American students in 1944, Nellis said in an interview after the event.

AU’s yearbook, The Talon, was first published in 1927, according to Nellis. Its last issue was published in 2014, she said, eventually transitioning to become Photo Collective, AU’s photography group.

The majority of AU’s yearbooks were digitized in 2010 as part of a Washington Research Library Consortium project, Nellis said. Issues of the yearbooks can be accessed through the library archives.

In addition to images that send harmful messages being present in AU’s yearbooks, Sherri Williams, a communications professor, said that stereotypical images of black Americans are often exploited for financial benefit.

She pointed to the Aunt Jemima brand as an example. The iconic image of Aunt Jemima originates from a character depicted in a minstrel show, according to Ferris State University’s Jim Crow Museum of Racist Memorabilia.

“There are legacies of oppression that are connected to the commodification of black images,” Sherri Williams said. “Those legacies and those concepts that I want to talk about are white supremacy, anti-blackness and capitalism.”

The professors did not display all fifteen photos “of concern” which were referred to in an email memo sent to the AU community in February by Daniel Myers, AU’s provost, and Fanta Aw,  the University’s vice president of campus life and inclusive excellence.

AU spokesperson Kelly Alexander told The Eagle in an email that it would not have been useful to display all fifteen images “for the sake of displaying them.”

“The goal was to help students understand the topic by using the photos in an educational context,” Alexander wrote.

Less than a dozen students were present at the event. The professors said they believed the low turnout was not the result of a lack of student interest. Rather, they said it might have been due to issues marketing the event and conflicts with students’ busy schedules.

Davenport said she would be open to coordinating another discussion about AU’s yearbooks so that more students can engage in the conversation.

“The voice of the student is really powerful,” she said.