Our weekly search for restaurants that probably aren’t on your radar. As young, broke college kids we will bring you our honest reviews of affordable restaurants in dope neighborhoods.

With All-American-Weekend coming up soon, we’ve been working overtime to find you all a place that’s a step-above the Tenley Chipotle, and worthy of your parents. So, we decided to try out The Smith, an elegant joint on U Street.

Right off the bat, we were super impressed by the attentive and diligent service. Instead of the usual routine at most formal restaurants where the waiter asks if you prefer your water “still or sparkling,” servers at The Smith open with jugs of both so you are able to help yourself to either. 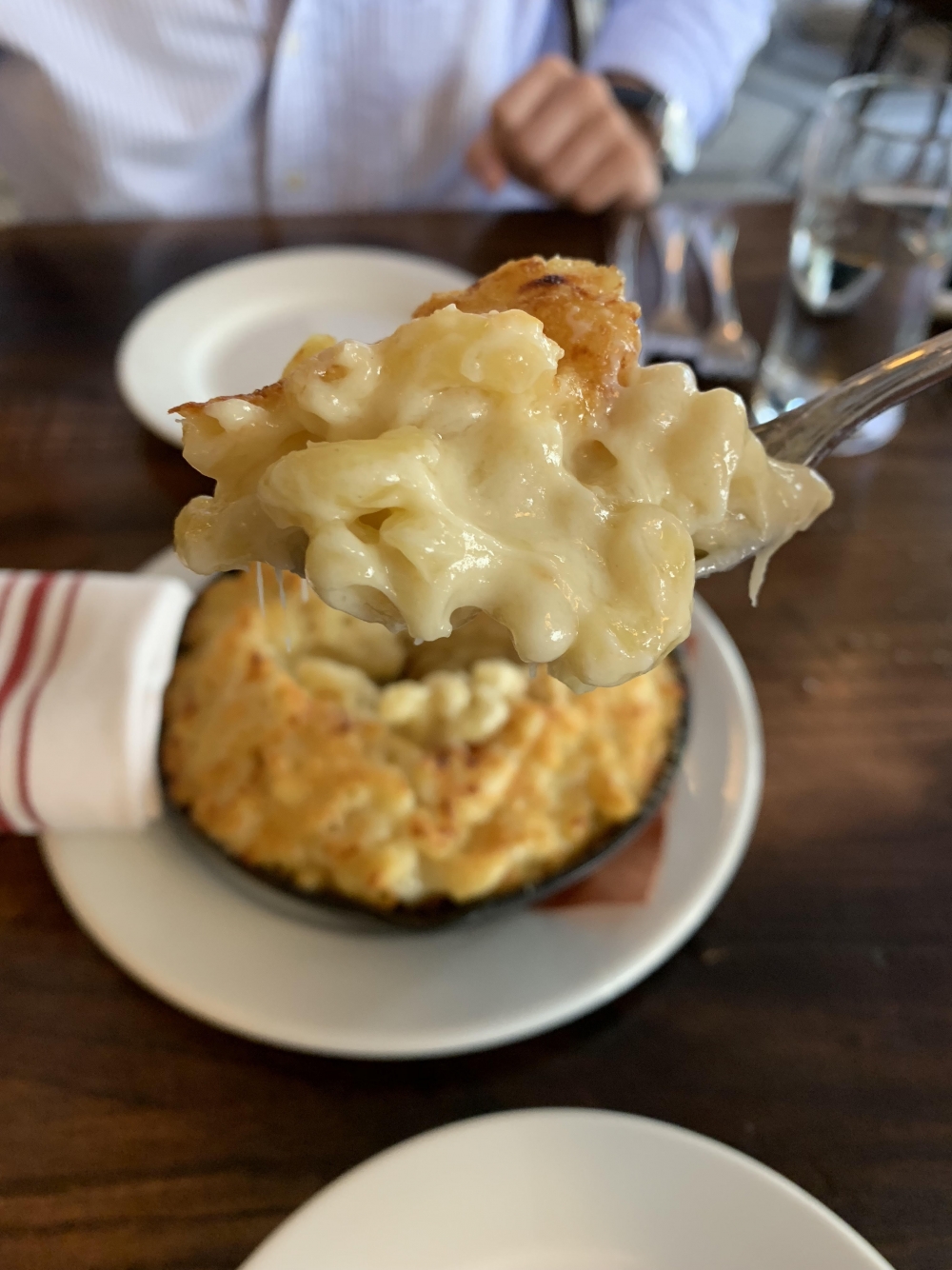 When it comes to the food, you can’t skip an appetizer! We shared the skillet roasted mac and cheese and the hot potato chips with blue cheese fondue.

After an extremely underwhelming Mac and Cheese Wednesday at TDR last month, and weeks of eating Kraft in our dorm, we were thrilled to finally have an edible version of this classic. The Smith’s Mac came out fresh from the oven and had the perfect pasta-to-cheese ratio, and the cheese was deliciously creamy and not too sharp.

For entrees, we ordered the spicy fried chicken and the U Street burger. The spicy fried chicken came with cheddar grits seasoned with jalapenos. It had an awesome cajun kick and had delightfully light breading. The U Street burger came with crispy onions, sharp cheddar and a delectable bacon jam. While the taste was not earth-shattering, it’s leaps and bounds better than anything Elevation Burger has to offer.

We were also impressed by the open atmosphere and French-European vibe. The restaurant is covered floor-to-ceiling with sleek white tiles and an expansive illuminated bar.

Overall we recommend The Smith. While it’s pricier than most restaurants in Tenleytown, it’s worth the trip, especially if you can get your parents to foot the bill.

Zak Bedrosian and Aylon Berger are food critics for The Eagle. Additionally, they are the co-founders of TheMove, a weekly social guide for American University students.