On July 26 songwriting and indie-pop geniuses, Ben Folds and Regina Spektor, treated the audience at the Filene Center at Wolf Trap.

You could not ask for a more perfect night, or a more sublime outdoor concert venue to hear Ben Folds’ endlessly catchy tunes and Regina Spektor’s breathtaking powerhouse of a voice. Folds opened the night by playing an hour-long set of almost exclusively early hits from albums such as near-perfect piece of piano rock, “Rockin’ the Suburbs,” as well as several songs from his Ben Folds Five project.

Hits such as “Zak and Sara,” “Annie Waits” and “Landed” got fans clapping, harmonizing and cheering between Folds’ expertly told stories about life on the road, fan interactions and born-again Christians.

After Folds closed his set with “One Angry Dwarf and 200 Solemn Faces,” a raucous, bouncy tune, and one of his most well known, Spektor took the stage to an adoring, overzealous crowd.

Spektor’s cheerfully cutesy, absurdly charming and slightly awkward onstage demeanor won over the crowd that otherwise was there for Folds, despite Spektor’s sound, and a little shockingly, memory issues for her opening song. Attributing “The Calculation” flub to nerves and it being the first night of the tour, Spektor jumped into “Folding Chair,” a deeper cut she did not play in her last show in the area.

Spektor noted during the show that during her upcoming tour, she would be playing older songs. Given the extent to which she toured her excellent 2016 album “Remember Us to Life,” this makes sense. Off that album, Spektor only played three songs, all of which received as much love from the crowd as her some of her biggest hits, “You’ve Got Time” and “Fidelity.”

Spektor and Folds ended the night on stage beaming together, after doing their two collaborations, “Dear Theodosia,” a Lin-Manuel Miranda cover, and “You Don’t Know Me.”

The two artists are some of the most interesting songwriters of the 2000s. In Vienna, Virginia, they showed the nearly sold-out crowd that they can put on a live show that engages an audience in ways that only come after cultivating a hardcore fanbase and touring the globe. 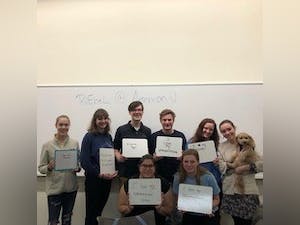 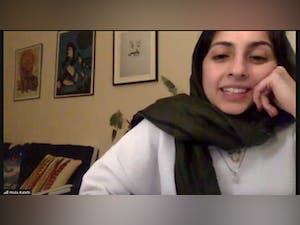