More than seventeen years of crying a river over Nicholas Sparks movies that we all love to hate are coming to an end. Last month, Nicholas Sparks Productions, the company owned by the author which turned several of his books into films, announced it is shutting down.

The announcement followed the underperformance of his latest adaptation, The Choice, which only earned $18 million at the box office, while the rest of the films in the past have had a successful earning of close to $100 million. Sparks’ company was in business for four years, and was started by Sparks and his creative partner- Theresa Park.

Love, tears, death and angry parents are all components that make up a Sparks novel. All of Sparks’ novels follow essentially the same format: boy meets girl, one of them has a secret and a parent acts as a barrier between them. Sometimes Sparks changes up his hackneyed formula that consists of two lovers that either have different ambitions or one of them is more inspired than the other.

For example, in The Longest Ride, Luke (Scott Eastwood) is a competitive bull rider, while Sophia (Britt Robertson) wants to work at an art gallery in New York City. Talk about meant to be! Although The Notebook was the third novel for Sparks to adapt, it became the ‘it’ film for him. But in my opinion, the best guilty pleasure of Sparks’ adaptations is A Walk to Remember. Mandy Moore and Shane West’s performances get to me everytime.

Sparks latest and final adaptation project will be a television show inspired by The Notebook. Although sparks’ concluding work will eventually air on CW, an airdate has not been announced. Albeit, the cast is going to be different, but Sparks is still serving as an executive producer. This remake spotlights more racial and social politics within the realm of the actual plot that the movie entailed. The plot is based on Allie and Noah building their lives together alongside the themes of post-World War II.

Despite the fact that there is no official air date yet, you should still purchase copious amounts of tissue boxes in order to emotionally prepare. Sparks will continue writing -- his newest book, Two by Two, will be released this October -- but unfortunately for fans, the era of Sparks film adaptations has come to an end. 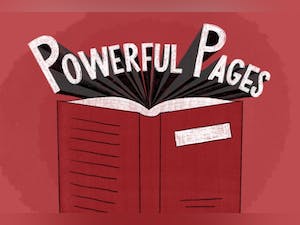 Powerful Pages: Sally Rooney responds to critics in ‘Beautiful World Where Are You’ 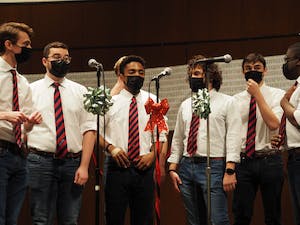