The M&M Report: ‘House of Cards’ and Jimmy Fallon

This week on The M&M Report, The Eagle’s Lifestyle Editor Mark Lieberman and Columnist Devin Mitchell tackled one of the most buzzworthy topics in recent memory: the second season of the Netflix drama “House of Cards.” Lieberman has only seen four episodes of the show, so Mitchell welcomed his friend Leah Doolittle to discuss the entire second season.

Before moving on from “House of Cards,” Lieberman and Mitchell introduced a new segment: “Mark Occasionally Doesn’t Like Things,” in which Lieberman presents one of his rare rants. This week, Lieberman used his lack of love for “House of Cards” as a launching point for a discussion of why pop culture shame is unacceptable.

Lieberman and Mitchell closed with a brief check-in on this week’s late-night TV festivities – most notably, Jimmy Fallon’s first week as host of “The Tonight Show.”

Next week: Oscar weekend is just around the corner, so get ready for a special M&M Report surrounding movies’ biggest night.

Time codes for this week’s show:

In the meantime:
-Read Linda Holmes’ NPR piece about the excess of pop culture artifacts worth watching, which Lieberman mentioned at the end of his rant.
-Pick up a copy of The Eagle’s print edition, which features articles by Lieberman and Mitchell as well as many more from their colleagues in News, the Scene, Sports and Opinion. 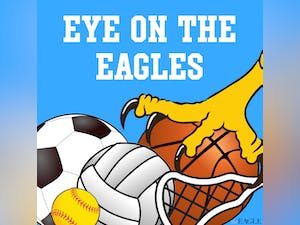