Editor’s note: Kayla Kelly is The Eagle’s opinion managing editor. They were not involved in the reporting, writing or editing of this story.

With the support of American University students, mutual aid organization Heal Da Homies fundraised $1,000 to assist in the reentry of a community member who was released in the beginning of summer 2020 from a Maryland jail.

In early August, Kayla Kelly, the founder of Heal Da Homies and a senior in the School of Public Affairs, sent out a call to action for funds for essential items for the individual on the group’s Instagram page.

“After re-entry, the process isn’t timely, so we definitely wanted to help him with garnering up any sort of materials,” Kelly said.

The funds were directed toward professional work clothes for the individual to secure a job, transportation passes, groceries and rent. The community member’s immediate needs were met as donors raised nearly $1,000 in funds.

Kelly had been in communication with the community member since November 2020 through being longtime pen pals through the D.C. organization WriteAPrisoner, which facilitates letter-writing services for incarcerated individuals.

Although they said this instance may be deemed a success, Kelly said crowdfunding with college students can be difficult unless there is a return value for those donating to causes. Furthermore, sharing the honest details of the recipients’ stories increases support.

“Telling these folks’ stories often brings people in closer because they either identify with them or they have studied that system in college classes,” Kelly said.

Heal Da Homies started in October 2020 based on Kelly’s upbringing in their Parker, Connecticut neighborhood.

“Within that neighborhood, there’s lots of Black and brown immigrants from the Caribbean and so with that we had established our own form of community solidarity,” Kelly said.

Coming to college in D.C., Kelly said they wanted to bring that framework which they grew up with into supporting the unhoused and marginalized populations of the city.

Izzy Scholes-Young, a junior in the College of Arts and Sciences, helped begin the organization’s food distribution program in 2020. Since then, Heal Da Homies has increased its scope in each of its projects.

With the latest fundraiser for the recently-released community member, Heal Da Homies’ mission remains simple and focused with an emphasis on direct action.

“The goal is to make a sustainable impact in the community,” Scholes-Young said. 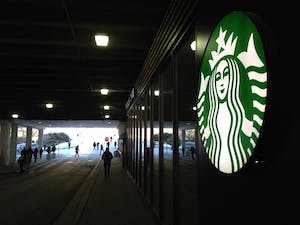