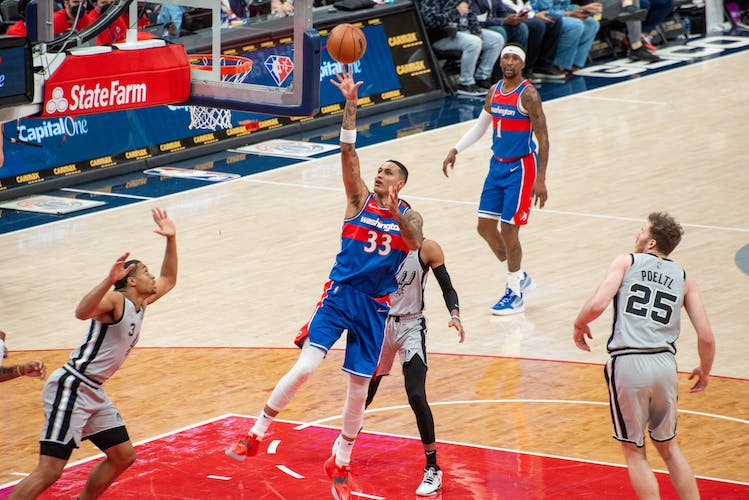 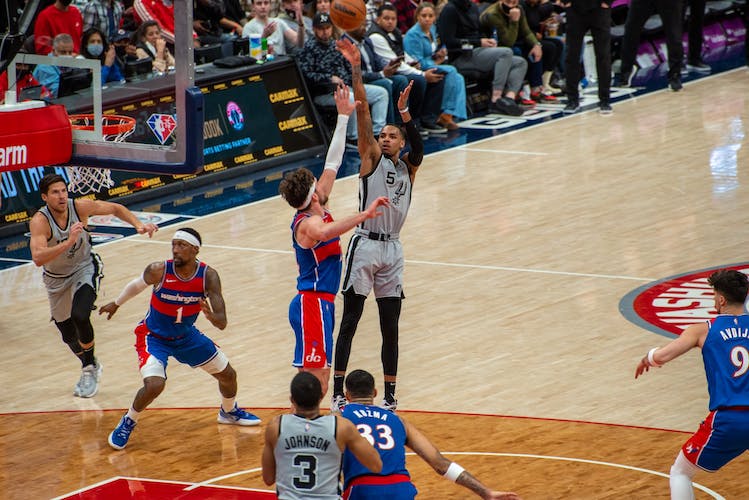 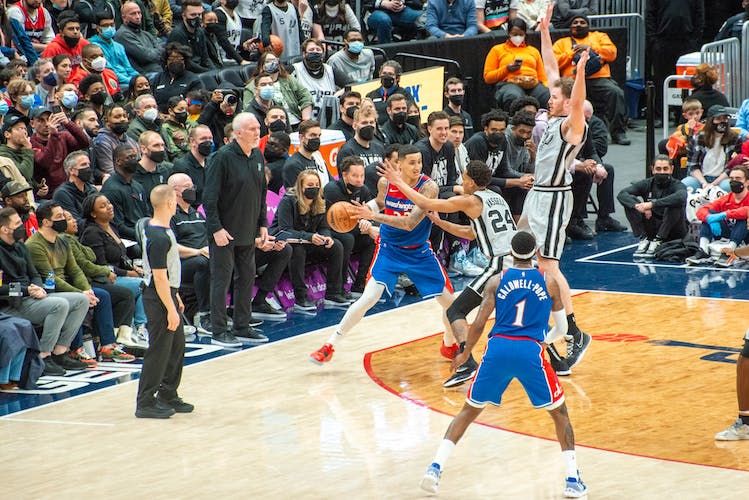 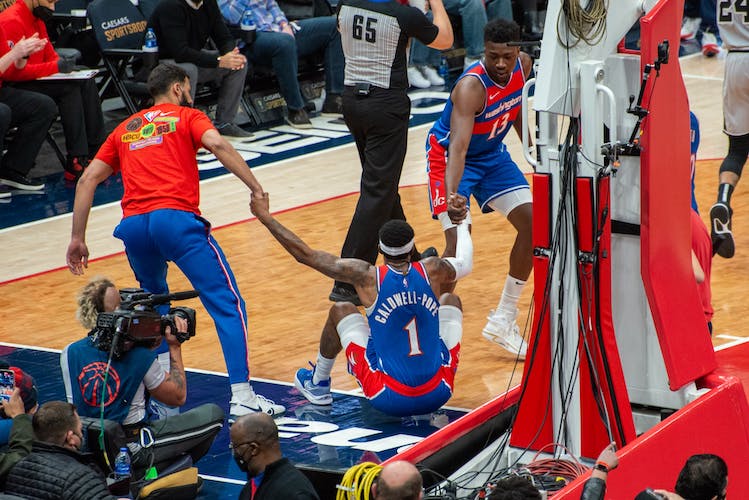 No. 11 seed Washington Wizards and San Antonio Spurs battled it out on Friday at the Capital One Arena, with a whopping 157-153 final score leaving the Spurs on top.

The first quarter started strong for the Wizards. Kentavious Caldwell-Pope hit a 27-foot 3-pointer 30 seconds into the game. The Wizards did a good job distributing the ball in the first four minutes, with nearly every starter getting points on the board. Caldwell-Pope made another two 3-point shots back-to-back, forcing Spurs coach Gregg Popovich to call the first time out of the game.

The Spurs kept pace with the Wizards, as first-time all-star Dejounte Murray contributed 6 points, 4 assists and 5 rebounds. However, the Wizards still lead at the end of the first quarter with a score of 33-30.

The Wizards narrowly held their lead into the second quarter thanks to a combined 9 points from Rui Hachimura, Ish Smith and Daniel Gafford in the first three minutes. Kyle Kuzma contributed 10 points throughout the quarter, followed by Caldwell-Pope, who scored 7. The arena erupted after each Wizards point, as it neared its approximately 15,000-person total attendance for the night.

The Spurs were not far behind though, and efforts by Keldon Johnson and Murray gave the Spurs a 4-point lead entering the second half 75-71.

Murray continued the Spurs’ momentum in the third quarter, being the first to reach a double-double four minutes into the second half with 20 points, 10 assists and 8 rebounds.

Within the next five minutes, Murray got another two rebounds, giving him a triple-double. Despite getting assists and rebounds, Murray does not score in the third quarter. Instead, the majority of Spurs points added to the board come from Devin Vassell, Doug McDermott and Johnson.

The Wizards fought hard to keep the score close. Kuzma was the star of the quarter with 8 points, 3 assists and 4 rebounds, prompting the stadium to yell “Kuz” after he made a good play.

However, Kuzma’s performance was not enough to keep them ahead after Lonnie Walker IV scored a 2-point shot with 0.1 seconds left, and the third quarter ended 101-100 with the Spurs narrowly leading.

Tension was up in the fourth quarter. The score remained no more than a 10-point game, and fans throughout the arena shifted to the edge of their seats. Kuzma continued his high point contributions, leading the quarter with 12 total. Jakob Poeltl scored 8 points in the quarter, and with help from Johnson, Murray and Walker IV, the Spurs reached an 8 point lead with 1:20 left in the game. Deni Avdija and Kuzma each scored 2 within 20 seconds of each other, shortening the Spurs lead to 4 points.

With 46.6 seconds left in the game, Vassell fouled Kuzma, who made both his free throws and brought the score to 130-128. Murray missed a crucial 2-point shot, but the Wizards collected the rebound, passing the ball to Caldwell-Pope, who made a layup to tie the game 130-130 with 19.4 seconds left. Murray missed another shot with 4.1 seconds left, a 3-pointer this time, causing the game to go into overtime.

In the first period of overtime, Walker IV scored 7 points for the Spurs, with other players bringing their total score at the end of overtime to 145. Corey Kispert stood out for the first time all game, giving the Wizards 5 points in the three minutes he played during the fifth quarter. Down by 2 points with 18.3 seconds left in overtime, Raul Neto scored a layup to tie the game 145-145, leading to a second overtime.

The second period of overtime mimicked the first, with both teams going back and forth keeping the score close and tensions high. With 13.6 seconds left in the game, the Wizards were down by 2 points and made a crucial mistake. Caldwell-Pope fouled Murray, giving him 2 free throw attempts. Murray made both, and the Wizards were unable to score for the remainder of the game, and the Spurs won 157-153 after six quarters.

Post-game, Wizards head coach Wes Unseld Jr. spoke about their mistakes as a team, particularly against the Spurs defense.

“Obviously, we played against a tough defense, they’re going to up their pressure as we did ours. At times we did not execute,” Unseld Jr. said. “In those moments, our guys just have to figure it out and make a play.”

The biggest struggle for the Wizards was keeping up with the quickness of the Spurs, specifically Murray, during the two overtimes in the lengthy game. Kuzma spoke after the game about how they did a great job as a team given the circumstances.

“I think, overall, can't be mad,” Kuzma said in a postgame press conference. “Played three overtimes, was it three overtimes? Two? Oh. Felt like three, so can’t be mad. You win some, you lose some, so onto the next one.”

The Wizards hope to bounce back from back-to-back losses this weekend at their next home game Tuesday against the Detroit Pistons at 7 p.m. EST.