Students and professors waited with apprehension the week before rally 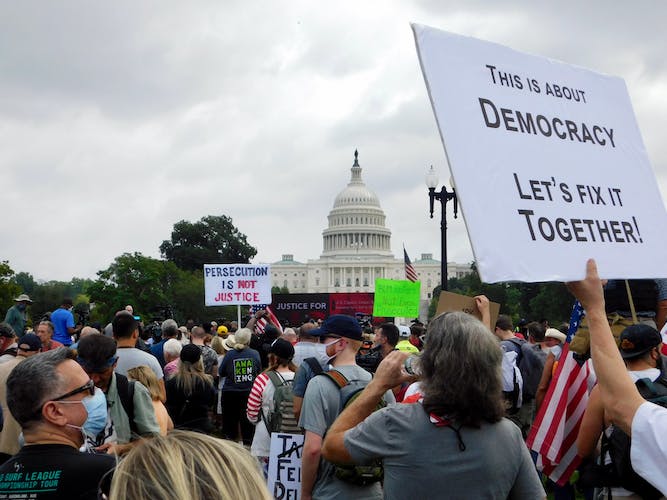 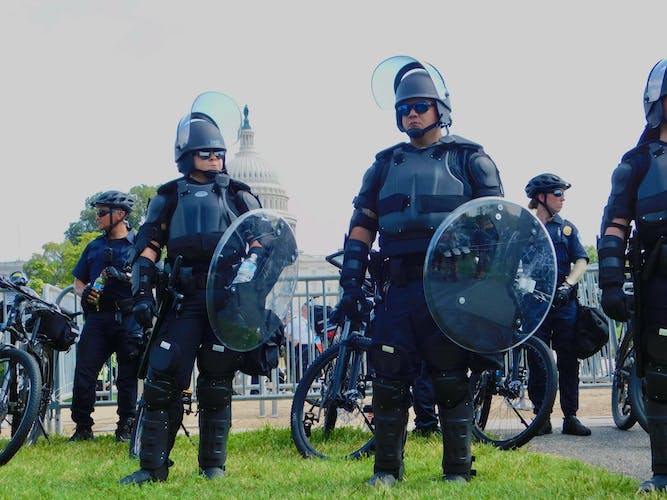 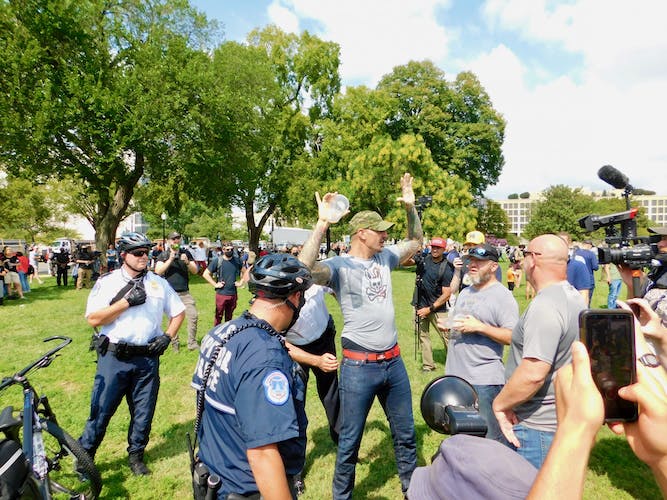 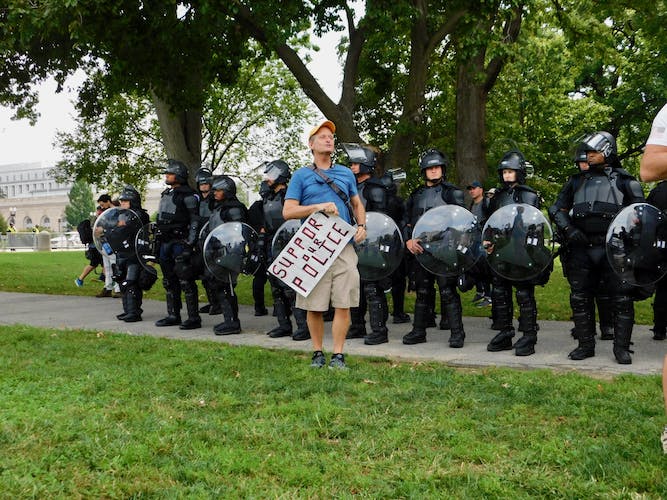 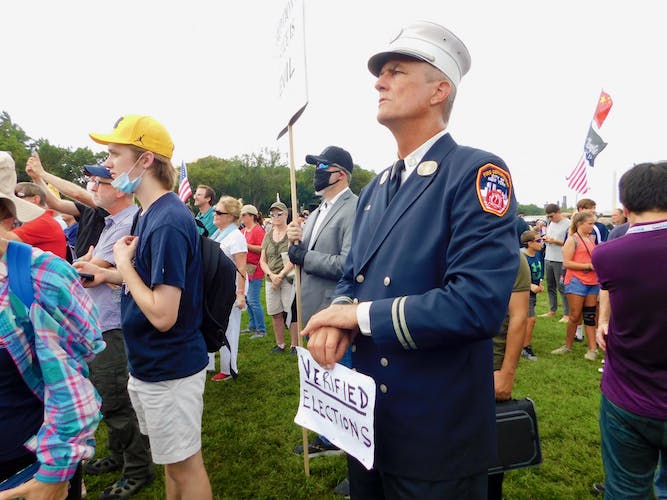 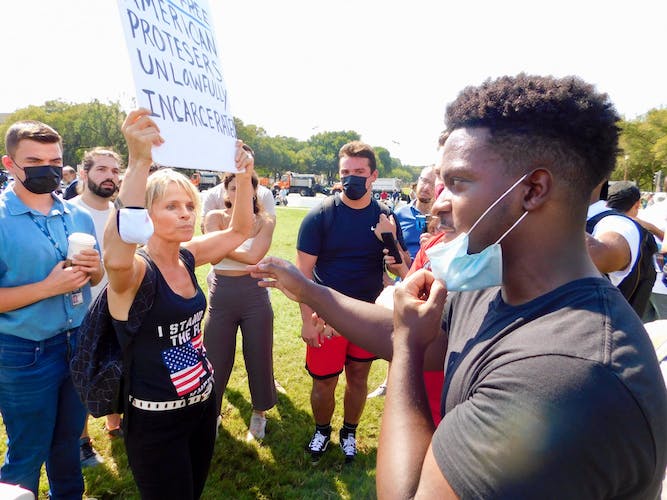 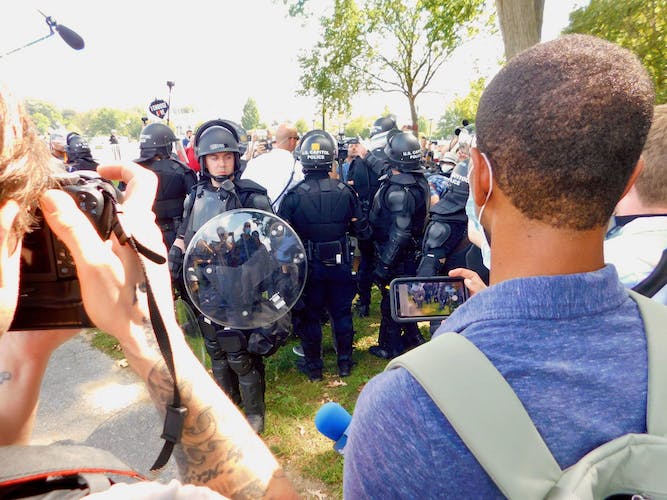 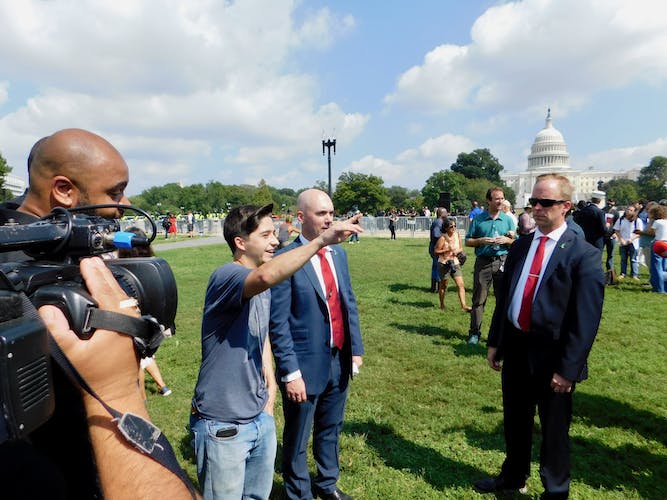 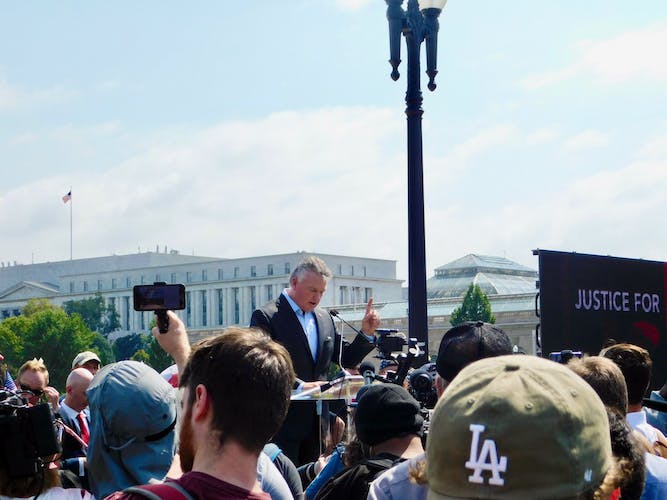 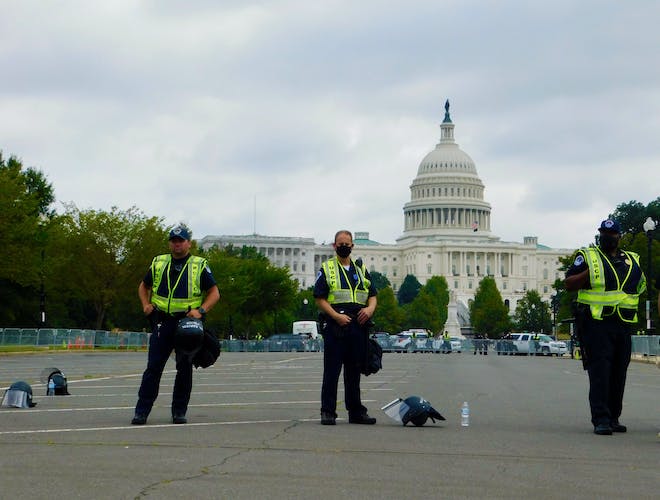 Days before the “Justice for J6” rally, a printed flyer with a QR code appeared around campus at American University.

“‘Justice for J6’ is planning a second Capitol riot on September 18th,” the poster read. “Here’s how you can be safe.”

Jacey Matthews, a freshman in the School of Public Affairs, posted the codes on campus, which took people who scanned it to a document with research on the right-wing extremist ideologies guiding protesters and an overview of planned security measures.

“The reason I put together a document and I’ve been working with people is because my worst fear is that a student is going to be just in D.C. and get swept up into the violence,” Matthews said.

Matthews wasn’t the only AU community member preparing for the worst.

In a Sept. 15 email to the AU community, the Office of Campus Life told the community “to exercise caution and avoid the downtown area.” The email also encouraged students to continue avoiding crowds and other areas where the spread of the coronavirus might be exacerbated.

Matthews said she hoped the document would inform her peers and encourage them to stay safe and avoid the rally.

“There’s people who are trying to hurt my way of thinking … for no reason except vengeance and hatred and ignorance,” Matthews said. She said these were concerns among the freshmen she spoke with.

School of Public Affairs distinguished professor James Thurber expressed concerns over protesters’ attempts to rewrite the history of the insurrection before the rally.

“January 6 was not a ‘peaceful protest’ and those arrested are not ‘political prisoners.’ This rally will attempt to reframe the insurrectionists as patriots,” Thurber said.

Although authorities emphasized the potential for violence in the days prior, the rally concluded after an hour of speeches with no major incidents. The U.S. Capitol police tweeted that around 400–450 people attended the rally. Journalists and law enforcement officers outnumbered protesters, according to The Washington Post.

Speeches included Republican congressional candidates who criticized the pre-trial treatment of the more than 600 demonstrators arrested following the Jan. 6 demonstrations, which turned violent when the Capitol was breached, resulting in five deaths and hundreds more wounded. Rally organizer and former Trump campaign aide Matt Braynard attempted to justify the actions of those who entered the Capitol building in a speech to the crowd.

“This is about the many people who were there that day who have not been charged with violence, not been accused of assaulting a police officer or destroying property and the disparate treatment they received,” he said.

“These are political prisoners, nothing less. Over 90 percent of the people who were arrested were arrested for misdemeanor trespass and they’re held without bail for nine months,” said rally attendee John Balazek of Maryland, describing his grievances with the treatment of the arrestees who remain in custody.

According to Insider, 650 protesters from the Jan. 6 insurrection have been charged. Though many of those charges include “Knowingly entering or remaining in any restricted building or grounds without lawful authority,” others are charged with assault, disorderly conduct and “act[s] of physical violence in the Capitol grounds or buildings.” Several are being held without bail, WUSA9 confirmed.

Near the rally, counter-demonstrators criticized what they said they viewed as cowardice and hypocrisy on the part of rally-goers.

“What brought me here was to prove that when Trump supporters are faced with real force, they bug out, they become the cowards just like the President is … they back down, they don’t show up,” said Lewis Bracy of Maryland.

Other counter-protesters set out to encourage a discussion from both sides.

“You got too many people out here talking at each other and not to each other… so let’s talk to each other,” said Don Folden, attending under the persona of the “Truth Conductor.”

The rally’s low turnout can be attributed in part to concerns among far-right extremists that the protest was a set-up by officials, according to messages gathered from users in alt-right Facebook groups and extremist digital forums.

“A lot of the main players from Jan. 6 are actually telling their people not to go, because they think it's a false flag operation,” said Kurt Braddock, an assistant professor in the School of Communication and faculty fellow for the Polarization and Extremism Research Innovation Lab.

According to the U.S. Capitol Police department, police arrested four individuals in connection with the rally.