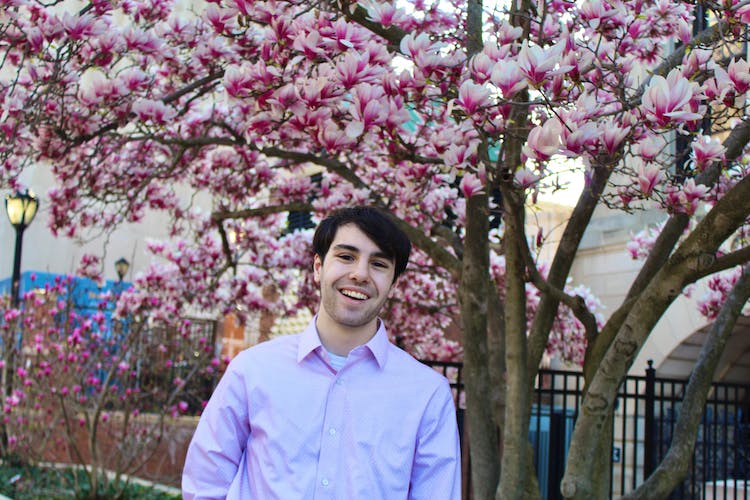 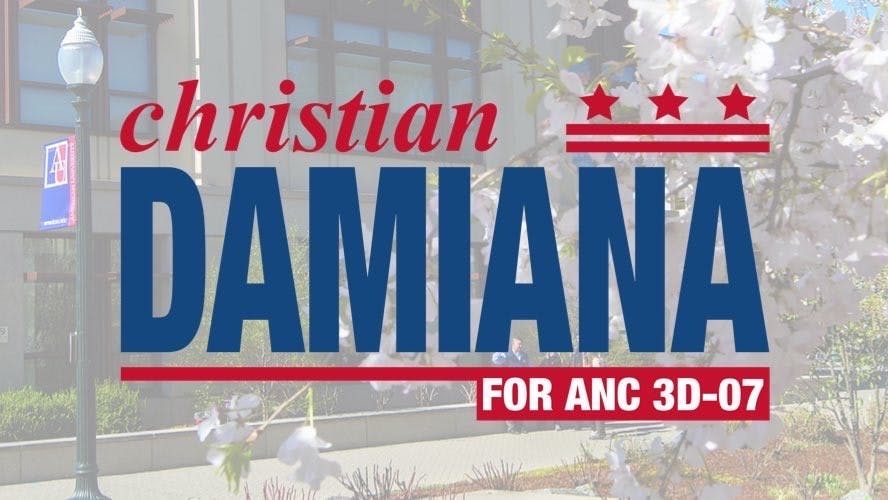 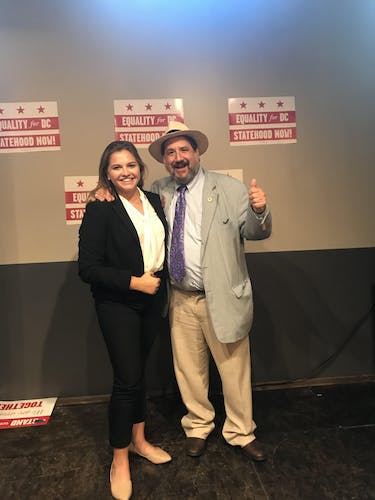 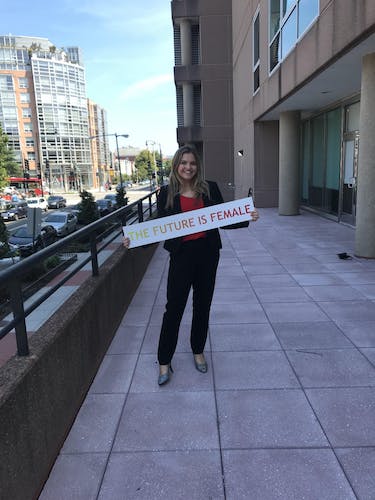 With the backdrop of American University’s top-5 ranking on The Princeton Review’s list of campuses with the most politically active students, an AU sophomore hopes to improve the University’s relationship with the surrounding D.C. community by winning his bid for elected office.

“The ANC is a really great way to encourage local participation and connect constituents to your government,” Damiana said. “And I think that the needs of students and the community, while they might often seem different, are very, very similar, and we just need to find a way to make common cause.”

The ANC system is one of the smallest single-member constituencies in the country. The system was established by the D.C. Home Rule Act, which D.C. residents approved in 1974.

Intended to provide individual neighborhoods with a voice in the electoral process, the system divides each Ward into Commission Districts, which are then divided further into a total of 299 Single Member Districts.

While commissioners typically represents between 1,000 and 2,000 people, they wield real power in the D.C. government. AU’s ANC 3D07 representatives are even more out of the ordinary — they represent the entire school’s population.

“By law, D.C. government agencies have to give the ANC great weight,” Damiana said. “Nothing that [the ANC] passes in their resolutions is binding, but they are required to at least respond to the resolutions and consider them.”

Berlin has held the position since winning a special election in March 2018 when she was a junior at AU studying in the School of International Service. She called the ANC system a “unique and beautiful part of D.C. local politics.”

“I didn't want the seat. When I was approached to run at all, I had to be asked a few times,” Berlin said. “But when I found out that the seat had been vacant for three and a half years, I was like, ‘I really have to do this because nobody else will and it's causing real harm.’”

The “harm” she spoke of encompassed a wide range of issues, but much of it stemmed from a hostile relationship between the student community and the ANC, Berlin said.

“The relationship was so bad it was basically non-existent at that point,” she said. “A previous ANC had written bylaws that an AU student was not allowed to vote on any matters related to American University because they had a vested interest in the school's continued existence.”

According to Chuck Elkins, the ANC 3D chairperson, the 2014 bylaws contained a lengthy section on conflicts of interest, including segments on notification and recusals. If commissioners were “involved” with organizations that would be impacted by commission actions, the bylaws required them to “notify the commission of this involvement and disclose his or her role in the matter,” with the potential for recusal if a financial interest emerges.

Transportation issues around D.C. spurred both Berlin’s and Damiana’s respective runs. Only weeks after Berlin’s election in March 2018, a driver struck and killed AU student Kenneth Clarke in Friendship Heights. Early in her term, Berlin worked with the city government to install a pedestrian signal in front of Ward Circle.

Damiana said that he hopes to expand upon Berlin’s work, particularly in offering students new modes of transportation.

“I think one of the most important issues to tackle is safe transportation, particularly installing protected bike lanes,” Damiana said. “Expanding affordable housing is also huge and so is finding ways to improve public safety without necessarily using more policing.”

While collecting 25 signatures (reduced to 10 this year, due to the pandemic) may seem like no significant feat, 3D07’s unique boundaries and the lack of federal representation for D.C. residents make it a particularly difficult task for AU students hoping to represent students and the community.

With most AU students registering to vote in their home states, Damiana had to take creative steps to get on the ballot.

“I kinda had to make my own voter pool by registering my friends to vote in D.C.,” Damiana said. “It’s tough; I don't want to register someone to vote in D.C. if they live in a competitive state like Ohio!”

Berlin agreed that the lack of D.C. statehood hurts students in D.C. by denying them the chance to shape the policies of the city where they live most of the year.

“It seemed so ironic for me to ask people to register in a place where they would be [largely] politically disenfranchised in order for me to enfranchise them on the way they live,” she said.

Although both Berlin and Damiana ran for ANC seats to represent AU students, they stressed that more long-term student involvement will be crucial for further progress, including attending ANC meetings, which can be accessed on the ANC website.

“There's so many exciting things happening on the local level,” Berlin said. “D.C. is a really special place because the young person’s voice is so valued here.”