Local artists use their work as a form of protest 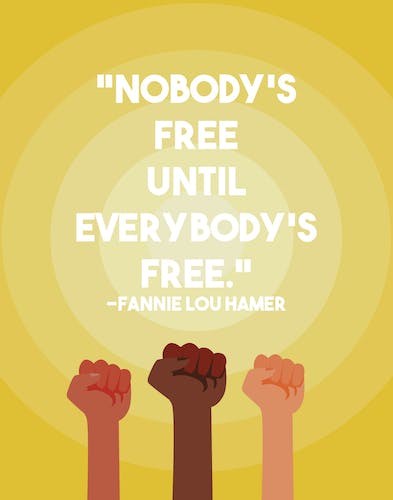 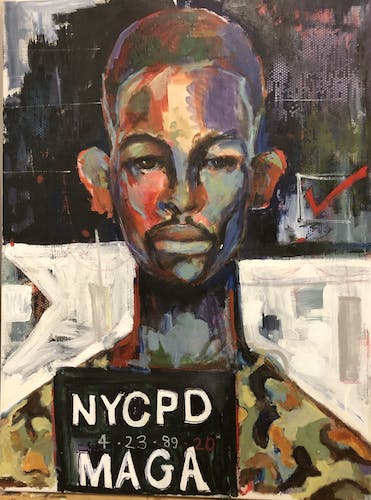 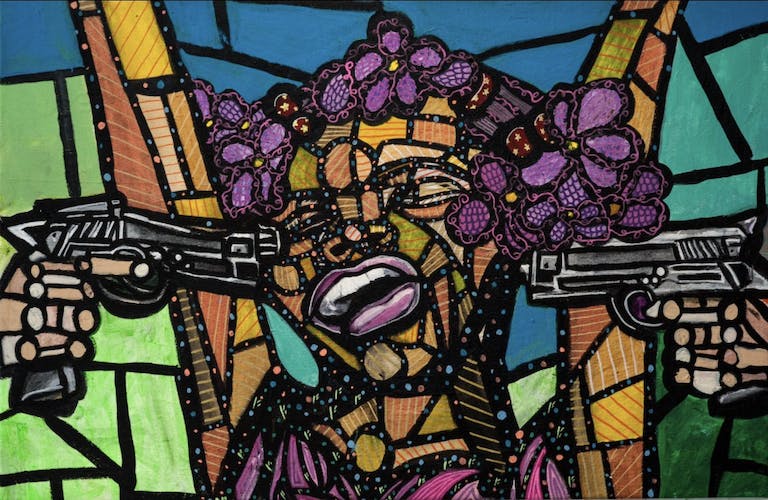 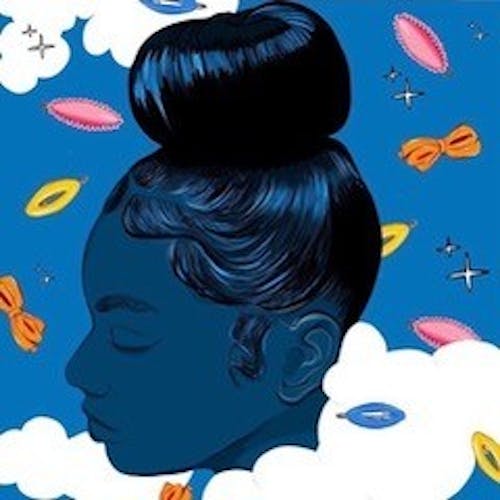 The protests taking place across all 50 states and dozens of countries, since the killing of George Floyd, have received immense and ongoing attention. Beyond protesting in the streets, art can raise awareness of police violence and racial inequality. These four D.C. artists have been using art to make political protest statements for years.

Zsudayka Nzinga Terrell owns Terrell Arts DC with her husband and fellow artist, James S. Terrell. She defines her art style as abstract portraiture, with the majority of her subjects being women.

Being a Black woman who creates art of Black women is activism and protest on its own, Nzinga Terrell said, whether or not she wants to be engaged in it.

“There’s a politicism about my mere existence, and so, when I choose to paint images of me and my story, which has been marginalized and underrepresented, just pushing to be successful forces it to again be political,” she said.

She also shared her discomfort with seeing artists profit off of and gain recognition from Black peoples’ death through art, which has been circulating since the protests began, such as paintings and illustrations of George Floyd.

“One of the issues that I’m struggling with personally, right now, is how to appropriately leverage art and use art during times of social unrest,” Nzinga Terrell said. “And then, what is the difference between performative art and an art that actually is initiating change?”

Regarding her art and the struggles she faces as a Black woman artist, Nzinga Terrell said, “I look at it as a great opportunity to be a leader and to really push for social change in a way that’s also safe for me.”

Nzinga Terrell shared her thoughts about the recent protests, including how long they have lasted and how widespread they have become.

“I hope that people don’t stop,” Nzinga Terrell said. “I hope that, you know, that the momentum keeps going.”

Preston Sampson, another local D.C. artist, is a painter and printmaker whose work focuses primarily on the dignity, strength and power of Black men. He feels a need to show Black men in a positive and proud manner, highlighting their accomplishments and breaking stereotypes depicted in the media.

One of his projects is a series of paintings of President Barack Obama. He is currently creating a set about the “Central Park Five,” five teenagers who were arrested and wrongly convicted for assault and rape, but have all since been exonerated.

“I think every piece I’ve ever done is protest art,” Sampson said.

Sampson shared his belief that long-lasting change can come from the ongoing protests.

“I’m very hopeful,” Sampson said. “I want to believe that things are going to be different, you know, that people will start to understand.”

Anastasia Richeal, a full-time art teacher with D.C. Public Schools, who started creating digital illustrations over three years ago, said that her recent art qualifies as protest art and expressing activism, though art can take on many forms.

“I think that there are so many different ways that you can produce art as activism,” Richeal said. “It could be creating a poster with black marker on a big piece of paper and just walking around with it.”

Richeal also described the role she felt art and artists should play in movements, calling art a “tool of change.”

“Especially if you look back in history, almost every movement has either had an art movement paired with it, or art was the catalyst for the change,” Richeal said. “So, I think, right now, it’s super important for any kind of maker, no matter what your medium is … to keep creating.”

Richeal decided to donate 100 percent of the profits from three of the prints sold in her Etsy shop to Black Visions Collective, a Minnesota-based nonprofit that pushes for “healing and transformative justice principles.” She is also donating 35 percent of the profits from her Etsy shop’s Pride prints to Casa Ruby, a nonprofit aimed at ensuring the success of transgender, genderqueer, gender non-comnforming, gay, lesbian and bisexual people.

“I think a big part of using art as activism is not only to use it as a tool to kind of show what you believe in, but to make it accessible for others, or in this case, using it to make sales that I can then donate to different charities,” Richeal said.

Justine Swindell, an illustrator who focuses on conceptual and editorial illustration, with her subject matter mainly being portrait and figurative work, draws inspiration for her art from subculture and nostalgia for Black culture of the 1980s and ‘90s and likes to show areas in mainstream representations where people are overlooked.

Swindell expressed her thoughts on the protests and the wave of protest art that has come out in the recent weeks, saying that, in her mind, her art is a different type of radical statement.

“I like to show the diversity of something that is stereotyped. You know, Black girls do yoga and all those things, too, and like to sit and look at flowers,” Swindell said. “These are things that are just as radical because they’re just normal.”

Swindell said that, while activism is heightened right now, she, and other artists, have been talking and thinking for years about this movement and the feelings that drove it.

“The protest sometimes feels like a moment,” Swindell said. “I think this is just kind of an expression of life.” She also added that, “None of this is new, and change is long overdue.”

'We want to help them reach their fullest potential': AU athletics hosts clinics for National Girls & Women in Sports Day