Over 2,500 tickets were distributed for event, making it largest ever 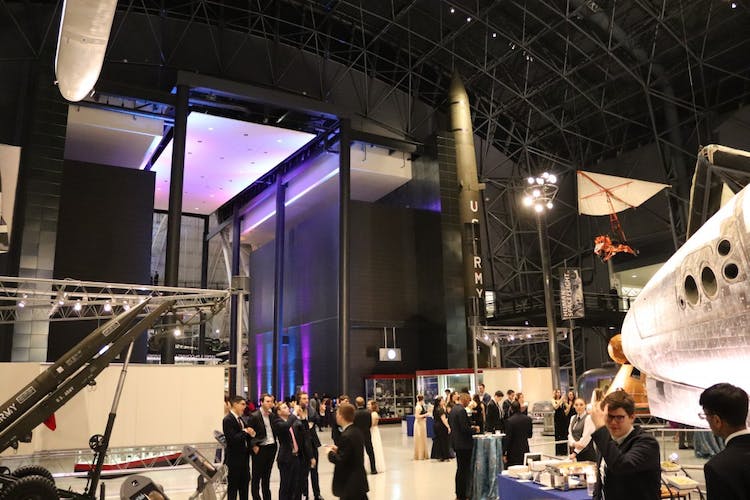 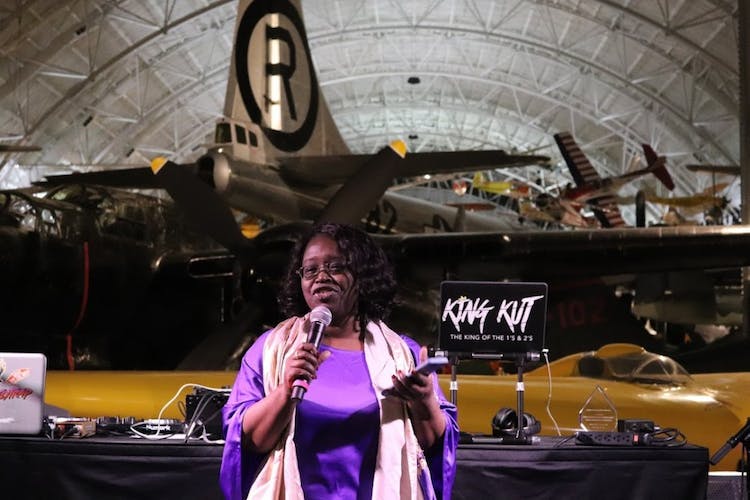 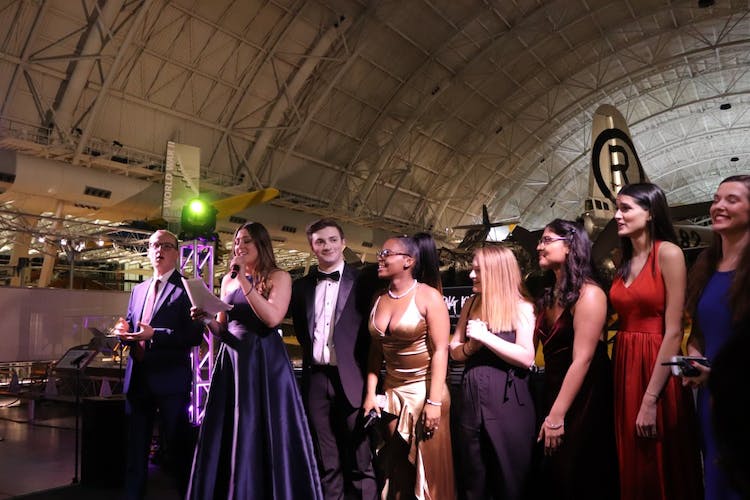 Over 2,500 tickets were distributed to AU students through Eventbrite, which was the largest number of tickets ever to be distributed, Founders Week Director Emma Galasso said in an interview before the event. More were given away through scavenger hunts and raffles leading up to the event.

Galasso said she would love to have all undergraduate students attend the event but it is hard to find a location that can accommodate that many people.

“I would love to have all 7,000 undergrads in a space at D.C., but I don’t have enough money,” she said. “There isn’t enough space to fit all of us, unless we rented out the whole National Harbor. But, you know, maybe a few years down the line.”

The location choice surprised many students. They said it was unexpected because it is further away than past locations and not a lot of students visit this museum.

“I have been here before and I’ve been to the one in D.C. as well and I know this is a fabulous museum, although the military equipment and the missiles kind of deviate from the goals of a founder, but I still think it’s pretty cool,” graduate student Zitian Sun said.

For many students, it was their first time attending the ball. Freshman Owen McCoy said his expectations were low, but he decided to go because it was a free event that could get him out of his room.

“This has far and above exceeded my expectations,” McCoy said.

Students danced in the middle of the museum, surrounded by military planes and helicopters. DJ King Tut played popular hits throughout the evening, and the student a capella group Treble in Paradise as well as AU student and performer Stephn performed to kick off the night. An assortment of grilled cheeses were served, plus chicken pot pie and hamburger sliders.

The entire 161,145 square foot museum was open for students to explore, including the flight simulators, which were extremely popular amongst the students.

“I think it is a cool and unexpected addition to Founders Ball,” freshman Ashley Bastin said while waiting in line for the simulator.

Junior Mitchell Lenneville said AU doesn’t usually have community-building events like this, which is why he thinks so many people attend this event each year.

“I think a lot of times AU feels like a lot of students commute from off campus so the opportunity to do something formal in a space like this gives people an opportunity to build community,” Lenneville said.

Attendees emphasized the fact that Founders is one of AU’s only traditions, which is why so many people wanted to get tickets.

“It's one of the traditions that happens every year and when I started here in 2014, I realized this is a whole University event and a tradition that should be followed, and as we say, once an eagle, always an eagle,” Sun said.

Dan Papscun and Asher Weinstein contributed reporting to this article.

How AU students are staying grounded with music this fall

A Guide to: Transferring