After 12 years as a professor in the School of International Service, Loubna Skalli-Hanna was denied tenure in 2014 by then-Provost Scott Bass. Skalli-Hanna was 51 when she applied for tenure and filed a lawsuit claiming age discrimination.

The Eagle has followed this story since spring 2018 in which several former female professors at AU alleged discrimination against them in the tenure process.

According to several of those women, Bass expressed a preference for younger professors. In court documents, it was revealed that former President Neil Kerwin wrote “old SIS” next to notes taken during a meeting with Bass regarding Skalli-Hanna. These notes were a deciding factor in the court case, with a jury finding AU guilty of age discrimination.

The Eagle finds the behavior of former Provost Scott Bass and former University President Neil Kerwin unacceptable and in direct opposition to AU’s stated mission of actively encouraging a “commitment to public service, inclusive participation in university governance, equity and equal access, and an appreciation of diverse cultures and viewpoints.”

Skalli-Hanna’s ties to the Middle East made her an incredibly knowledgeable scholar specializing in the area. One of AU’s stated goals is to hire more female professors and professors of color. This goal was reaffirmed during a recent meeting surrounding the University’s strategic plan, where University President Sylvia Burwell told the audience that she would focus on faculty retention. However, Skalli-Hanna’s experience is not unique.

Obtaining tenure is no easy task. The process takes six years to complete, with the provost having the final say over whether or not the faculty member receives tenure. When a professor is denied tenure, their professional career is essentially ruined. Starting over at a new university can take several years as the faculty member struggles to restore their career prospects. This fate has affected far too many female professors at AU.

The Eagle finds this act of blatant sexism and age discrimination against women scholars and professors must be addressed.

In addition, Kerwin has been acclaimed by AU’s Board of Trustees in spite of these evident issues. Ward Circle Building was renamed Kerwin Hall during the summer of 2017, indicating the University’s devotion to Kerwin. Both Bass and Kerwin remained tenured professors at AU, a fact that wasn’t lost on Skalli-Hanna, who said the University should be ashamed to have the two men on its payroll.

Continuing to celebrate their contributions to AU while ignoring the sexism and discrimination that characterized their leadership is regressive and slows AU’s ability to be create a comfortable, diverse and respectful environment for faculty.

When choosing the next provost, the administration must recognize candidates’ records of recruiting and retaining diverse faculty. The provost’s biases must be taken into account so that discrimination against Skalli-Hanna and potentially other professors never happens again.

Ultimately, the decisions made by the provost and the university president about faculty affect students. The diversity in viewpoints, experiences and teaching styles is what can make AU unique and can create a fulfilling and holistic educational experience. Retaining professors who make the academic community diverse and who are able to instruct students from an experienced-informed position thoroughly creates better equipped graduates and a more inclusive campus.

Actions like those taken by previous administrators threaten the potential for our community to be more diverse and retain the faculty we do have. Rhetoric about change and diversity by the current administration cannot replace the concrete consequences of discrimination against faculty members who did not fit administrators’ image of a “tenured professor.” AU should, and must, take accountability for the discriminatory actions by Kerwin and Bass rather than glossing over their mistakes. 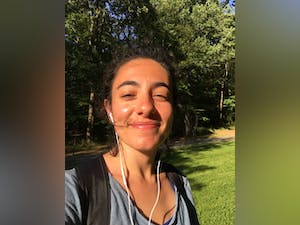 Opinion: The same message a year later: Remove Wesley Bush from AU’s board of trustees

AU Decision Makers: What trustees bring to the table