In 2013, CaShawn Thompson told the world that black girls are magic. She started using the hashtag #BlackGirlsAreMagic to celebrate the achievements of strong and beautiful women of color. The words went viral, and since then, we haven’t forgotten to uphold their meaning. Black girls everywhere have used the phrase for Instagram captions and pieces of clothing. They’ve heard the words spoken from the mouths of Michelle Obama and Solange Knowles. Most importantly, they’ve practiced them in their everyday lives. The Huffington Post defines “black girl magic” (BGM) as “a term used to illustrate the universal awesomeness of black women. It’s about celebrating anything we deem particularly dope, inspiring or mind-blowing about ourselves.” Black girl magic is a concept and movement that stands for everything that shows us in a positive light.

As someone who is a sexual assault survivor, has ADD (causing me to struggle academically) and battles severe anxiety and depression,  I never thought the words “black girl magic” applied to me. As time has gone on, I’ve realized just waking up every single day, fighting my battles and never giving up embodies all that black girl magic stands for. It’s having a spirit that can never get knocked down no matter how hard the world tries. It’s keeping my faith and remembering all the beauty, power and resilience I have within myself. It’s a reminder of exactly how magical I am.

I had the honor of writing this piece about all the black girl excellence that exists on American University’s Campus. Here at American University, in our growing discussions of diversity and inclusion, we lose the raw, personal stories of the peoples that we aim to uplift. We lose the human aspect. While I was only able to include a few people, I want to remind each and every black girl reading this article that there is magic in all of you. I wish I could write a piece about every black woman I’ve met here, because they that have lit a fire in me. Stand strong. Be beautiful. #BlackGirlMagic is a part of you. 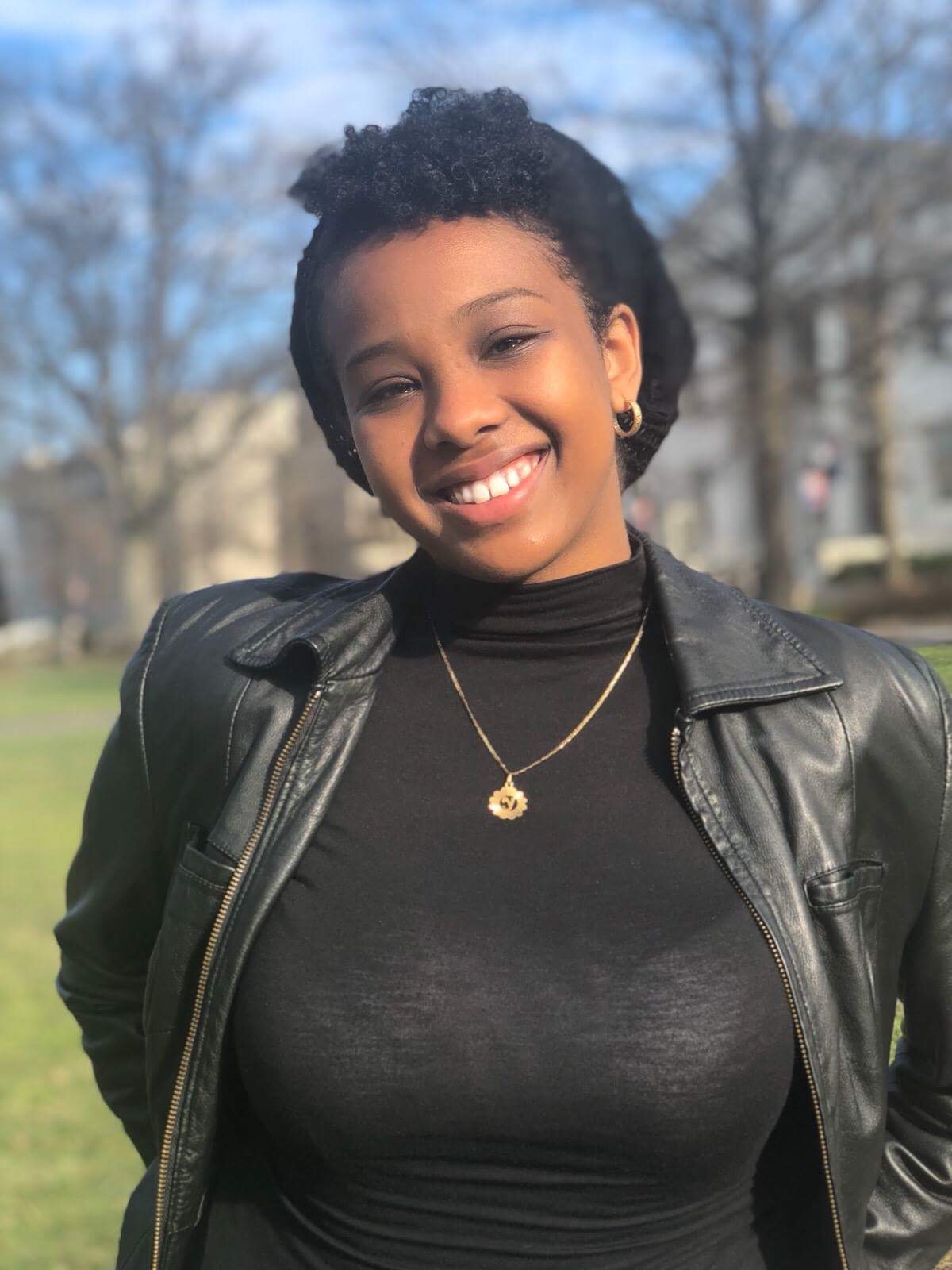 Yeabsera Mengistu is a freshman studying political science. She is involved in the competitive mock trial team on campus which takes up a lot of her time, she said. She enjoys hosting mini spa days and having dinners with her close friends during the week so that they can catch up about their busy lives. Mengistu loves to read and write. She usually journals once a day, often times trying to turn that entry into a story. Her biggest accomplishment is making it to college, she said. Growing up in Ethiopia, this is something that not a lot of people are able to do, and that in itself is a blessing. 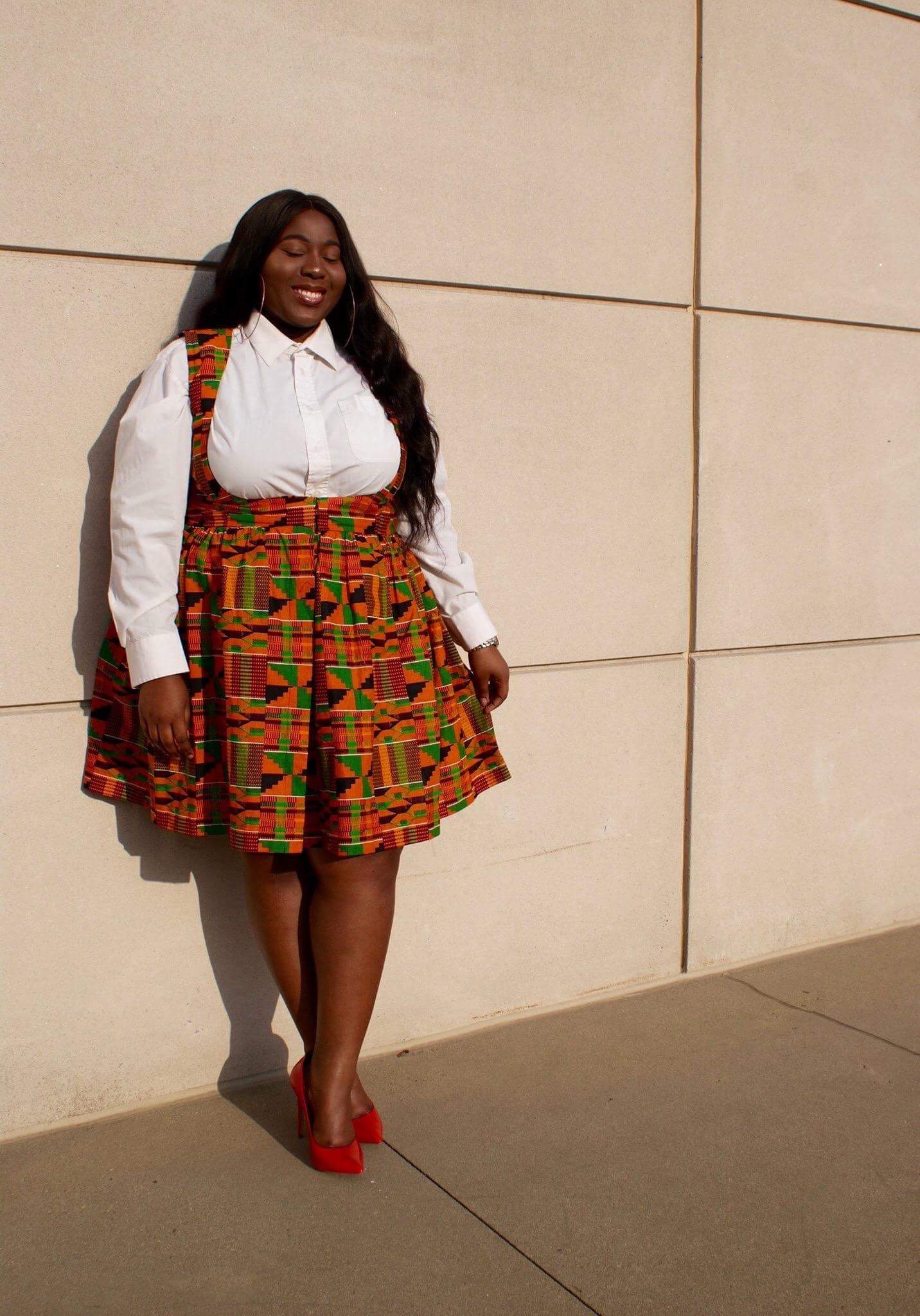 Christiana Ampofo is a sophomore studying justice and law with a minor in sociology. Originally from Kumasi, Ghana, Christie has spent her formative years living in Newark, New Jersey. On campus, Christie serves as the social media coordinator for the African Student Organization. She is also a member of the African dance team. One of Christie’s biggest accomplishments is receiving a scholarship from the National Organization of Black Law Enforcement Executives.

Black girl magic “is being unapologetically you. Black Girl Magic consists of embracing your beauty, flaws, brilliance and courage. Black Girls excel in any and everything they do,” Ampofo said. “I try to represent Black Girl Magic in my everyday life by taking on opportunities that have been dominated by white males in past years. In addition, I make an effort to continue the mentoring program at my high school to inspire young women of color to fight for what they believe in.” 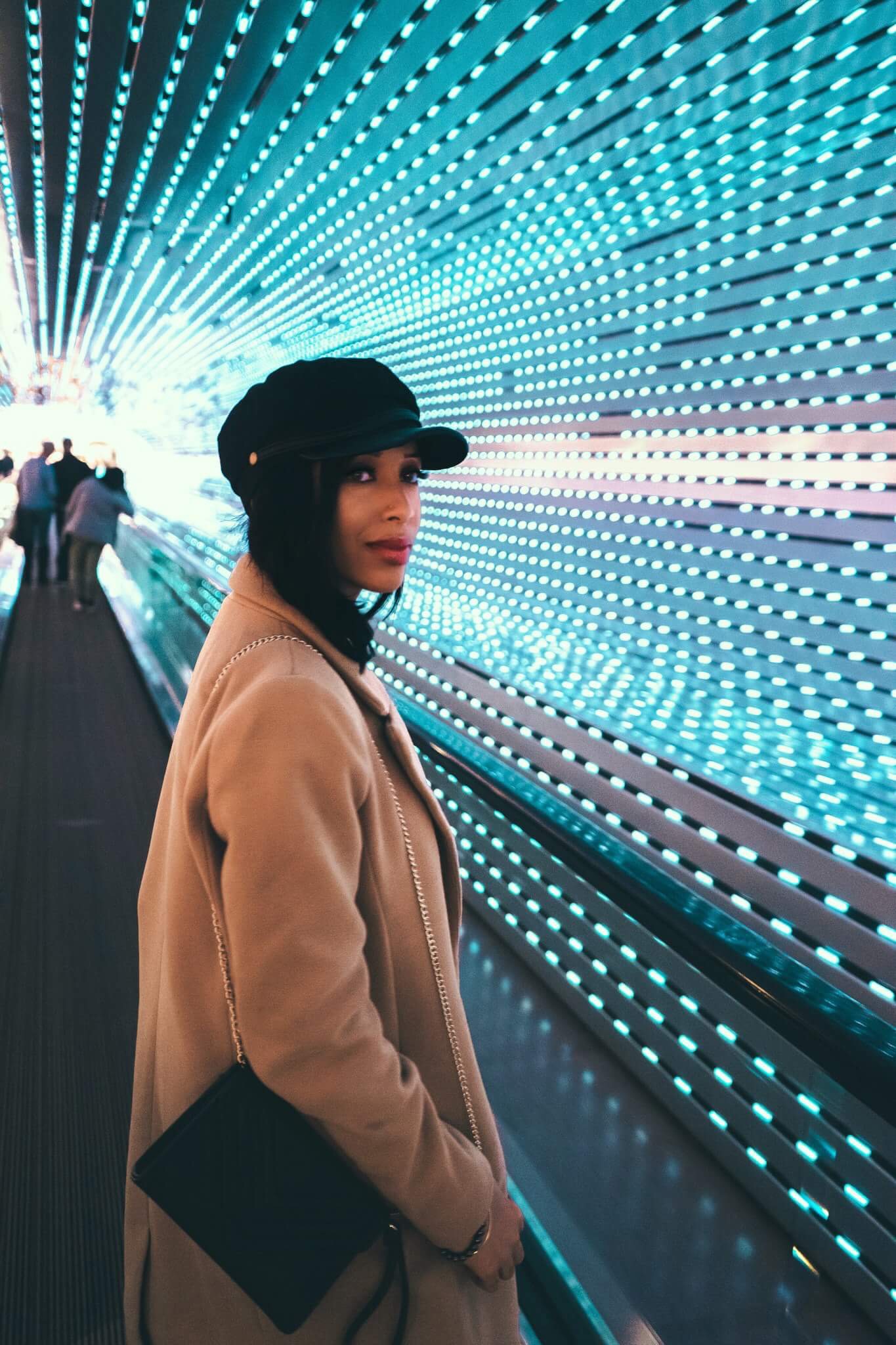 Falyn Satterfield is a sophomore majoring in graphic design with a minor in computer science. Falyn describes herself as an “enthusiastic creative” constantly looking for ways to share and express her ideas. She’s part of several organizations on campus, including being vice president of the NAACP, as well as a contributor to The Blackprint and LACE magazine. Some of her hobbies involve photography, videography, painting, listening to old school reggae and jazz and traveling. For fun, Satterfield likes to enjoy nature, watch beauty tutorials, journal and read photography books. She says her biggest accomplishment was launching her own visual arts brand specializing in photography and videography.

“BGM [black girl magic] is celebrating intelligence, beauty and successes; it’s believing that you have the power to achieve your dreams,” Satterfield said. “I would say I represent black girl magic in my daily life by seeking my full potential, putting myself out there in order to reach my goals, and cheering on other black women in all that they do.” 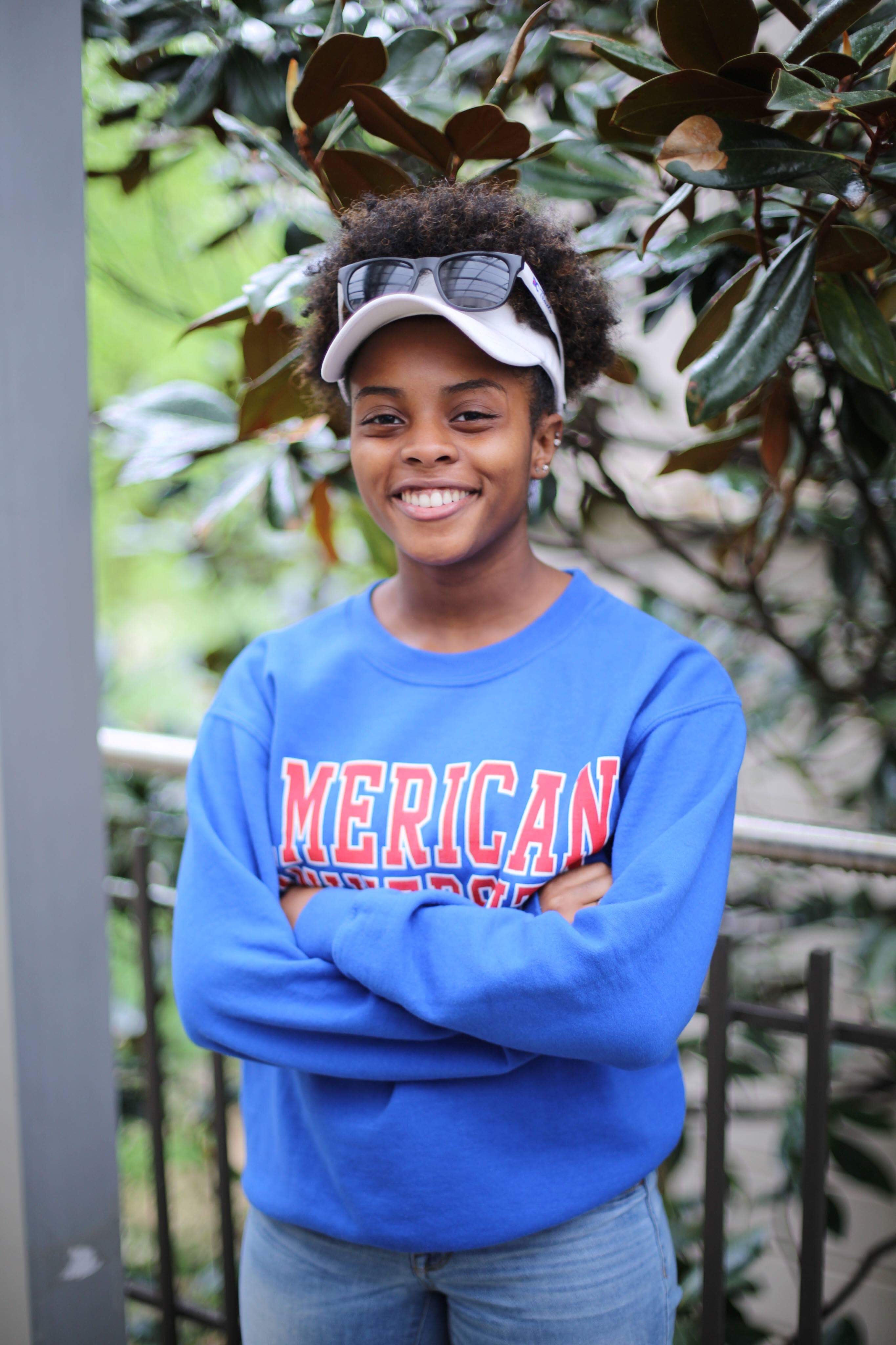 Jaha Knight is a sophomore studying journalism and business and entertainment. She is involved in a number of clubs on campus, which includes serving as the PR/Brand Ambassador for Sister Sister AU, as well as being the co-editor for Nyota Magazine. She is also working on a new show through ATV called College Nation, a spin off of Buzzfeed. In her free time, Knight loves watching Netflix, sleeping and exploring the various parts of D.C. Her biggest accomplishment was becoming an orientation leader this past summer, she said. The job allowed her to make connections with administrators and students that will last a lifetime.

Black girl magic is “getting the damn thing done no matter what the circumstance is,” Knight said. “There is always going to be someone or something holding us back, but you can’t let anybody see you fret. You just gotta keep pushing. I represent BGM everyday by attending AU. I wake up at 5:30 a.m. everyday to get on the train, make it to school by 9 a.m. to work and then go to class. I know I have to do what I need to do to come with these degrees -- yes, plural. I know that if I keep working, there is a greater plan for me.” 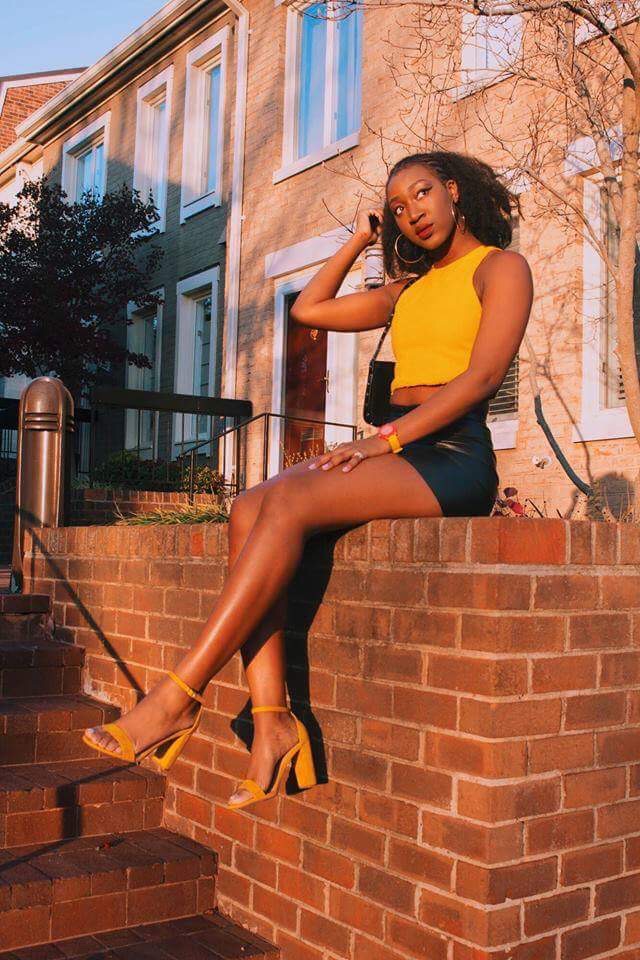 Neah Gray is a film and media arts major in the School of Communication. She is from New York and enjoys art. She photographed for five years before deciding to venture into film, graphic design and other forms of art. This year, Gray decided to start a magazine called PHAZE that highlights rising artists in music and visual art. The magazine also has multimedia, reviews and playlists. One of Gray’s biggest accomplishments is having an article published by The Hilltop at Howard University. The piece focused on the declining state of the Howard University Hospital in Washington, D.C.

Gray defines black girl magic as “succeeding, excelling and overcoming negativity, hardships, stereotypes, racism or sexism. Black girl magic is understanding the depth and complexity of our beauty despite what society tells us is beautiful or not. Black girl magic is still trying and asserting ourselves despite not seeing representations of yourself in the media. Black girl magic is showing the beauty and diversity in our intersectionality and using our voice, creativity, mind and knowledge to go after whatever we want in life.” 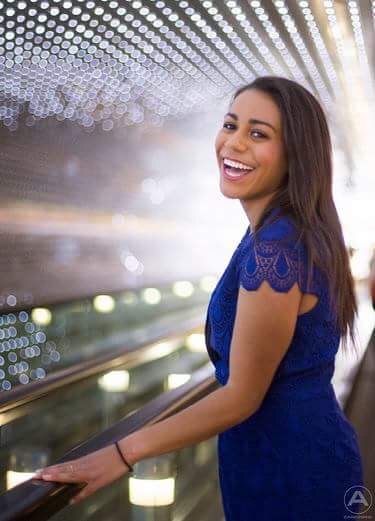 Jude Maboné is a senior studying international studies. Along with being on the cross country/track team and AU Student-Athlete Advisory Committee, MabonéJude participated in the Miss District of Columbia pageant. One of Maboné’s biggest accomplishments was learning American Sign Language fluently so that she would be able to talk to more kids.

“We must celebrate our beauty, intelligence, athleticism and our other amazing qualities tend not to celebrate in the mainstream,” Maboné said. 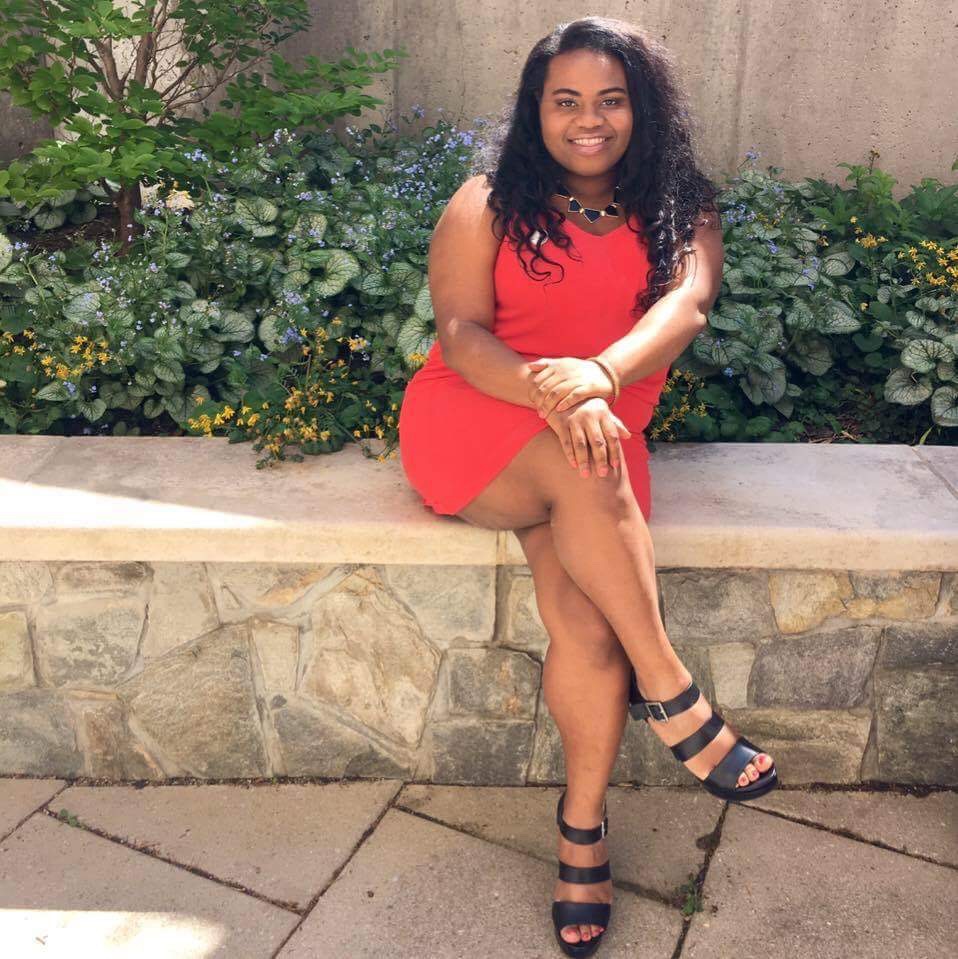 Monique is a senior majoring in communications, law, economics and government (CLEG). On campus, she is involved in the SPA Leadership Program and also serves as president of Caribbean Circle. Some of her hobbies include shopping, swimming and traveling. Monique has scuba dived in the Great Barrier Reef. Her biggest accomplishment was winning the 2014 Girl Scouts of the USA National Young Women of Distinction award for her work with sex trafficking victims in New York City and Kenya.

“Collectively, we are a powerful force comprised of change makers, artists, visionaries and more,” Tinglin said. “I represent black girl magic in not only my personal ambitions, but also by living a life in service to others. I’m passionate about fixing institutional systems that continue to oppress communities of color. l look forward to a career where I can enjoy being an ‘everyday humanitarian’ because I want for others what I want for myself: to fulfill our deepest purpose.”