Transcending our limitations through technology

About a month ago, a Wisconsin-based marketing solution provider named Three Square Market (32M) announced that, in partnership with a Swedish biohacking company named Biohax International, at least 50 workers would willingly undergo a procedure that would implant a microchip between the thumb and forefinger. It was the first time a company microchipped its employees. According to a statement released by 32M CEO Todd Westby, the purpose of the chip would be to “drive everything,” from opening doors to logging into computers.

The term “biohacking” refers to any procedure in which a substance or piece of technology is used to enhance the physical and mental capabilities of a living entity—essentially hacking one’s body—and has been utilized in various ways throughout history. Medicine, forms of transportation and medical procedures are all forms of biohacking, but the next chapter of this phenomenon holds a score of different possibilities with various purposes.

32M’s controversial employee microchips are a tame example of biohacking: microchip implants make paying for groceries and accessing security terminals easier. They may one day replace credit cards and IDs entirely. For example, a Swedish man implanted a chip in his hand. The chip was connected to a Bitcoin wallet, making payments an easier process. The chip utilized Near Field Communications (NFC), a technology used in most forms of touchless identification such as subway card scanners and hotel room locks. It’s basically putting a barcode inside your hand.

However, the interest in biohacking technology doesn’t stem from making daily life easier; it’s founded by an inherent drive to make people healthier, more capable and resistant to disease. Philanthropists across the globe have all recently announced initiatives to combat diseases, connect individuals digitally and eradicate ailments most plaguing the human race. The field of biohacking could likely be the key to achieving all three of these goals.

Earlier this year, a motorist in the UK was involved in an accident and taken to a nearby hospital where a radiograph showed he had suffered several multiple fractures in his fingers. The motorist was fitted with a magnetic switch implant in his right hand, designed to activate an LED cluster that was inserted under the skin to facilitate treatment, according to an article written by Dr. A. A. Klein, an anaesthetist, in the scientific journal Anaesthesia. This case is a more medically-focused use of biomechanical implants. Compared to the vast number of other applications for biotechnology, it is merely a drop in the bucket.

Microchipping is just the surface of biohacking technology’s enormous medical applications. We are already familiar with wearable technology such as cyborgian implants and technologically advanced artificial limbs that are pushing the boundaries of science. And it’s not just physical alteration either. Earlier this year, tech industry titan Elon Musk announced that he was investing in a venture called Neuralink, a company that aims to digitalize the human mind and connect our brains to artificial intelligence, which would help humans interact more efficiently with machines to improve themselves both mentally and physically.

In today’s world of medicine, the procedures for surgically placing implants in the human brain to combat neurodegenerative diseases, such as Parkinson’s, are incredibly dangerous. They’re usually considered a last resort. However, this can change with the ever-evolving sophistication of technology. In 2013, Braintree co-founder Bryan Johnson founded a startup company named Kernel with the goal of refining and furthering cognitive enhancement research. In an interview with The Verge last year, he said, “We know [we can] put a chip in the brain and release electrical signals [to relieve] spinal cord pain, obesity, anorexia … what hasn’t been done is the reading and writing of neural code.”

Another complex form of biohacking is synthetic biology or the alteration of the human genome. Of course, this technology has already existed in various forms for a while. From the GMOs used to improve the quality and life of food to the modification of plant DNA to generate luminescence to the growing of human organs from other organisms, synthetic biology is a popular study that is quickly gaining traction with human application. According to medical professors Karin Tybjerg and Louise Whiteley at the Medical Museion at the University of Copenhagen, synthetic biology goes beyond simple genetic modification and can be described as “taking an engineering approach to biological organisms,” which means that the genome can be viewed as building blocks that can be rearranged—or more prospectively, refined.

However, because today’s application of synthetic biology does not involve the physical alteration of human beings, it’s often overlooked in the ethical conversation on biohacking; if we can alter a plant’s DNA to go beyond the limitations of that plant, can we do the same with human DNA? A follow-up question would be: is it ethical? I would argue that if the goal of the technology is to better us as a species and a society, then it is. However, regardless of the controversy surrounding it, it cannot be denied that biohacking technology holds the key to the next step in human pioneering, to creating a more capable, more robust, and more intelligent human race. As a spokesperson for the microchipping startup Grindhouse Wetware said, “We left the plains of Africa. We crossed the oceans. We ventured into space, and I think the next logical step is to transcend our biological limitations.”

Mark Lu is a freshman in the School of Public Affairs and a staff columnist for The Eagle. 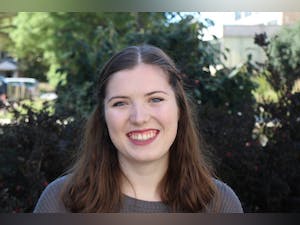 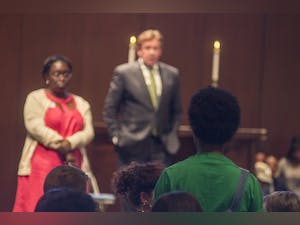 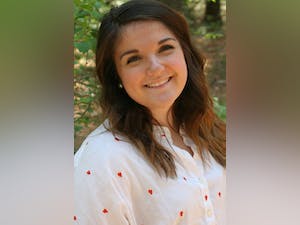 Who will free college actually benefit?