Though tourists often flock to the Smithsonian museums and national monuments, D.C. is not just about the National Mall. For college students on a budget, there are plenty of free activities to make the most of, from free concerts to hiking.

Take a hike or ride your bike at Rock Creek Park

Rock Creek Park is one of the most beautiful parks in our nation's capital. It is the perfect spot for some hiking, biking and exploring to escape the chaos of the city and college life. There are over 32 miles of trails in Rock Creek Park. The two primary trails are the green-blazed Western Ridge Trail, on the western side of the park, and the blue-blazed Valley Trail, near Rock Creek and Beach Drive.

Stop by the Nature Center to get free trail maps, or find them online. During the warmer months, Rock Creek offers a program, “Exploring the Sky,” that allows anyone in the D.C. area to see the stars and planets through telescopes. Get an extra-good look at the sky at the park during this series, and check out the schedule details to see what you will be seeing in the telescopes.

Watch a show at the Millennium Stage

This H Street Northeast D.C. bar has two indoor bocce courts that offer free bocce every night of the week from 5 p.m. to 2 a.m. on weekdays and 3:00 a.m. on weekends. On Fridays and Saturday nights, Vendetta turns on the black lights, and “Glo Bocce” starts. If you are looking for free game of bocce a little closer to campus, check out Vinoteca in Northwest D.C.

You can’t call yourself a true Washingtonian until you drum it out in this beautiful park in Adams Morgan in Northwest D.C. Make sure to stop by Meridian Hill Park for the drum circle on Sunday nights. Many yogis meet there at the same time, so bring your mat and join them for some free outdoor yoga.

Laugh it up at Chinese Disco Nightclub

The club hosts free comedy from 8 p.m. to 10 p.m. on Friday nights. After hearing 10 local comedians perform, the club open it up to the audience, so prepare your best jokes. You must be 21 to enter. Three volunteers from the audience can win $25 by telling one solid joke.

Jam out at the O Street Mansion

Channel your inner rock star every Sunday afternoon at the quirkiest museum in D.C. You may be a student during the week, but you can be a rocker on Sundays. Bring your groupies, entourage and guitar, banjo or whatever you want to play, and participate in a live jam session with talented artists in the business. Each Sunday jam sessions feature a different genre of music ranging from bluegrass and blues to gospel and classical. Registration is required.

Try yoga for free on Monday nights at 7:30 p.m. at BicycleSPACE. Come early and bring your own mat to guarantee a spot in the class. Class are led by a rotating group of professional instructors, and are offered on a give-what-you-can donation basis to benefit a local advocacy group or cause. 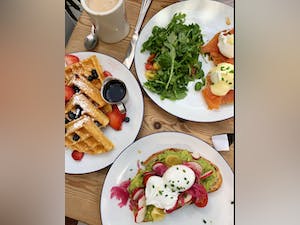 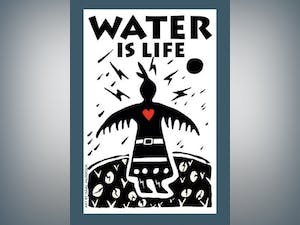