American Word hosts a night of bonding and creativity

The American Word Magazine welcomed the autumn season with open arms during its Fall Open Mic Night on Oct. 28.

Jaclyn Merica, one of the co-editors for American Word, opened the doors of her home to host the event in hopes of bringing members of student media organizations together and creating an inclusive environment.

“We wanted to see each other outside of the office and show that we’re people too,” Merica said.

Amidst the chilly 50 degree weather, the evening encompassed the true feeling of fall as the hosts offered up s'mores, homemade apple cider and warm blankets to guests. The backyard was dimly lit by candles and Christmas lights, with approximately 30 people filling the intimate setting. In between performances, the WVAU DJs of the night, Sofia Kim and Keira Waites, filled the air with smooth R&B tunes.

“The music we were playing had a beat to it,” Waites said. “I think it made the atmosphere more energized for everyone since it’s [not] sleepy or too calming like indie usually is.”

The R&B mix made it easier for people to dance while waiting for the performances to begin, and offered a fresh sound that contrasted with what followed throughout the rest of the night.

Dan Keesey, a senior in the School of International Service, opened up the stage with his original song “Hutong Zombie,” which he wrote while living in Beijing for nine months. Keesey paved the way for the acts that followed, with several other artists performing original pieces throughout the night, most of which were accompanied by guitar. Some musicians delivered their own unique tastes while performing covers of quiet indie and alternative rock songs, including Coldplay’s “Yellow” and Elvis Presley’s “I Can’t Help Falling in Love with You.”

By the end of the night, about ten acts performed for the backyard audience. Although the event did lack a diverse array of open-mic performances, there were a couple of spoken word pieces that brought variety to the scene. These included an original poem entitled “Jesus” by Tyler Lin, a sophomore in the College of Arts and Sciences, and an original story entitled “Sharkbite” told by School of Public Affairs sophomore Casey Wexler, who capped off the night’s performances.

The event was a success, with many guests leaving at the end of the night knowing more media organization members than they had when they arrived.

“It was a cool idea to have it off campus,” Emily Hall, a sophomore in the School of Communications, said. “It’s a beautiful location with awesome people and great talent.”

Student Media Board, which represents student media organizations on campus, will next host a trivia night in MGC 5 on Nov. 11 at 7 p.m. 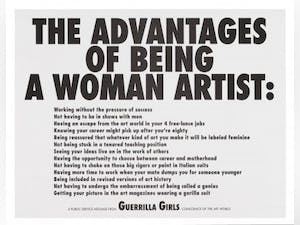 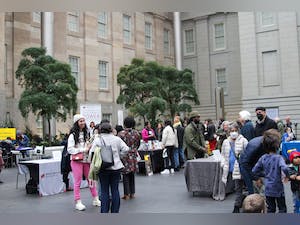