Fall sports preview: What to watch out for this semester

We preview what's in store for this season’s Eagles

Conference titles, playoff spots and NCAA qualifying bids...they’re all on the line for AU’s fall sports teams this year. Coaches and players have welcomed freshman athletes, upperclassmen have stepped into leadership roles and fans should be ready for what looks to be an action-packed fall.

Head cross country coach Matt Centrowitz and head field hockey coach Steve Jennings will return to their athletes fresh from the Rio Olympic Games, bringing experience and new perspectives to their teams. Jennings served as an assistant coach for the U.S. women’s field hockey team, while Centrowitz, a former Olympian himself, watched his son win gold in the 1500m track event. Meanwhile, veteran coaches Barry Goldberg and Todd West will also hope to build off their successful 2016 campaigns and finish at the top of the conference in women’s volleyball and men’s soccer, respectively. On the women’s side, fourth-year head soccer coach Anabel Hering and her team will fight for another Patriot League tournament spot and strive to advance further than the first round.

With games already underway, the fall sports teams have a busy schedule. Here’s a guide to help you keep up.

Two days before the start of the semester, the AU Blue Crew will roll out in full force with the annual Bender Blue Out, an event that Assistant Athletic Director Robert Sherman said is “great for the local volleyball community” and has drawn record-setting attendance numbers in recent years. The Eagles will matchup against Washington University, a team that finished the regular season in 2015 ranked No.1 in the country, and fans will have the chance to cheer on the Eagles with free Blue Crew t-shirts and rally towels. The game will also feature free Robeks smoothies and raffles for $100 Eagle Bucks and Domino's Pizza. Sherman said the AU athletics department likes to pick one game per sport per season to focus on, and the women’s volleyball team will be the first sport of the fall to host one of these special events.

The women’s soccer team will take on a big opponent of its own for the annual Phil Reeves Day when the Eagles play the University of Tennessee at 1 p.m. The Tennessee Vols ended last season 7-5-6, and will send an experienced squad to the District, as they return 20 players from the 2015 roster. AU, which finished last year 5-11-3, will face a particular challenge from Tennessee grad student Hannah Wilkinson, who will play after representing New Zealand at this year’s Olympics. Rising AU seniors Marley Jennings and Allie Day will captain the Eagles as they attempt to outplay their SEC foe in what will likely be one of the biggest non-conference games of the year.

In the third home game of the year, the Eagles men’s soccer team will battle against the Washington State soccer force of Gonzaga University. After finishing last year ranked sixth in the West Coast Conference with a 7-10-1 record, the Zags recruited three new freshmen as well as a goalkeeper transfer from Oregon State to help strengthen the team, but the Eagles still look to be a favorite in this matchup. AU recently hired volunteer assistant goalkeeper coach Manbi Nyepon to the staff, and with a strong defense and an experienced lineup, the Eagles will likely be even more competitive than they have been in years past.

Princeton. For the Eagles, the name may be associated with the two consecutive losses AU has suffered at the hands of the Tigers. Or the school may simply be another target on a list of teams they hope to take down in their quest for an NCAA tournament bid. When the Eagles take on Princeton on Sept. 25, it will be a game of redemption and a chance for AU to show off its abilities on the field, regardless of how the athletes feel about their opponent.

“Our team's biggest strengths are our differences. Our different experiences, perspectives and cultures allow us to have many more possible solutions to challenges,” head coach Steve Jennings said. “When we combine our differences with our other big strength of togetherness we create a culture of sharing, of vulnerability and of great pride. On and off the field, we care for each other, work hard and dream big.”

Although the cross country team does not compete at home during the season, the men and women will travel to Center Valley, Pennsylvania for this year’s Patriot League Championship, and the event is a must-see for track fans and AU athletics supporters alike. In his 13th year as head coach of the men’s and women’s cross country and track teams at AU, Matt Centrowitz said he looks forward to watching the team compete, and he spoke pragmatically about his expectations for his athletes.

“I don’t really make kids do anything that they don’t want to do. They want to be here, they want to improve, they want to score higher in the league,” Centrowitz said. “Within the league, they make adjustments on what events to run, and I help with the training program to give them a better shot, which basically means they move up as they become as they stronger mentally and physically.” 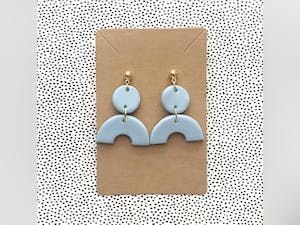