The show opens at 8:30 p.m. with D.C.-based indie rock band Boon, which features members of WVAU. After bringing BadBadNotGood in the fall, WVAU co-general manager Hyunjin Park said that The Antler is closer to other acts the radio station has hosted in the past, including Deerhunter and Mac DeMarco.

“This is going to be a completely different show from our Fall Capitol Punishment event with BadBadNotGood,” Park said in a press release.

The Antlers are known for their elaborate instrumentation and layering and gained critical acclaim after the release of "Hospice" in 2009. The band started as vocalist and guitarist Peter Silberman's solo project, and now also includes Darby Cicci (trumpet, upright/electric bass, keyboards, synths, vocals) and Michael Lernar (drums).

"The Antlers are known for creating some unique, beautiful music and we want to make an environment where we can achieve that level of beauty to the fullest extent,” Park said in the release.

After the release of its fifth album, “Familiars," in June 2014, the band has been touring the United States and Europe.

The Antlers and Boon will play in the Abramson Family Founders Room on April 18 at 8:30 p.m. The show is free and only open to the AU student body with a valid AU ID. 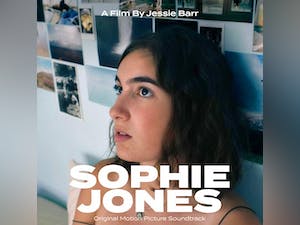