AU was added to the list of 104 universities under federal investigation for sexual violence violations of Title IX, The Eagle has learned.

The investigation was opened on March 11. The news was first reported by news subscription service Politico Pro on March 18.

"AU does not tolerate any form of sexual violence or sexual misconduct," Dean of Students Robert Hradsky said in a 4 p.m. email to students. "University complaints are investigated promptly, reported properly, and steps are immediately taken to stop discriminatory behavior, prevent its recurrence and remedy its effects, especially through support to the survivor."

Hradsky also said in the email that the University will work with investigators to answer the complaint.

“Since this is an ongoing investigation, I am unable to say anything else at this time,” Horn said in an email.

Under Title IX of the Education Amendments of 1972, no educational institution that receives federal funds may discriminate based on sex, according to the Department of Justice’s website. Nearly all universities receive some sort of federal funding.

The updated list of universities under investigation also now includes San Francisco State University and Langston University in Oklahoma. The Department of Education released an initial list of open title IX sexual violence investigations at 55 schools in 2014 and the total has now grown to 104 universities total.

The only other D.C. school on the list is Catholic University.

It is unclear at this time what sparked the investigation.

Student Government President Sophia Wirth said no University administrators had contacted her in the week since the investigation has been open.

“Part of me is surprised, part of me isn’t surprised,” Wirth said. “I think this is a pretty clear indication, as students have been saying for the last year, that AU is not picture-perfect on this issue.” 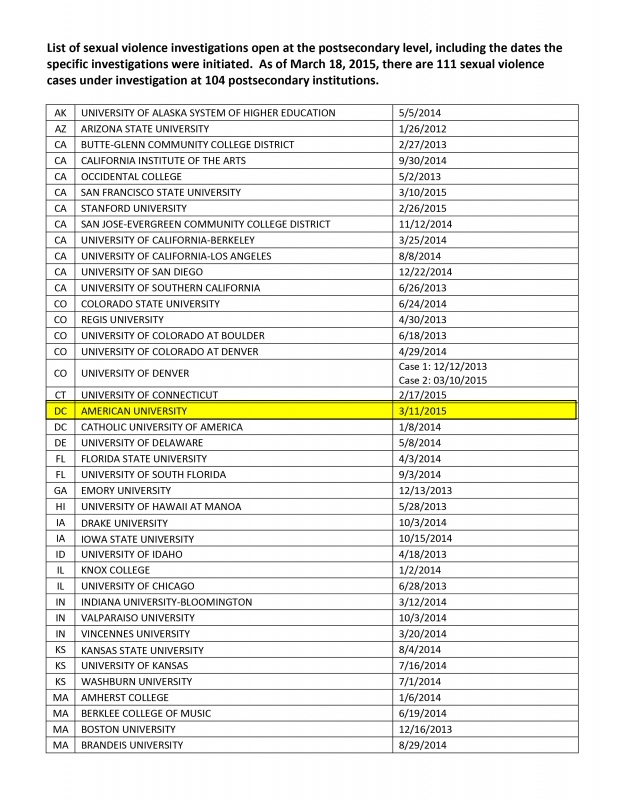 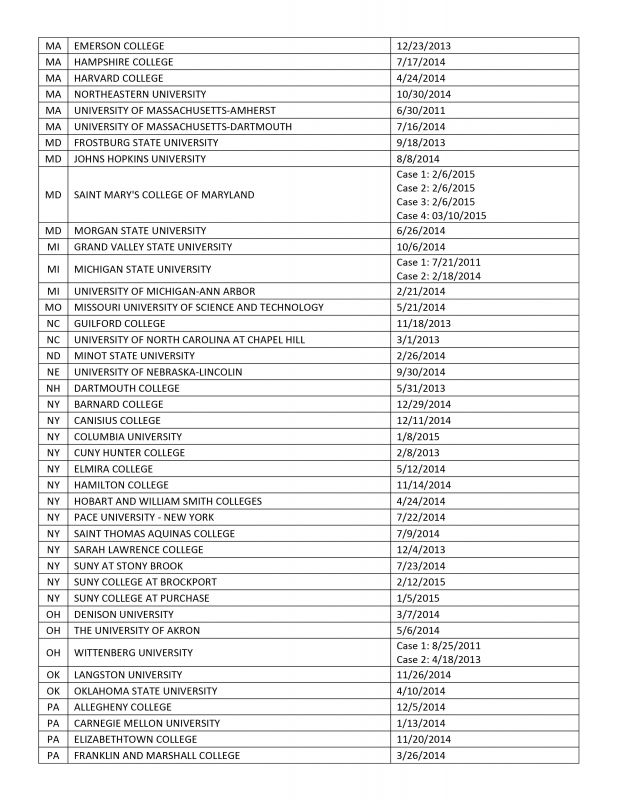 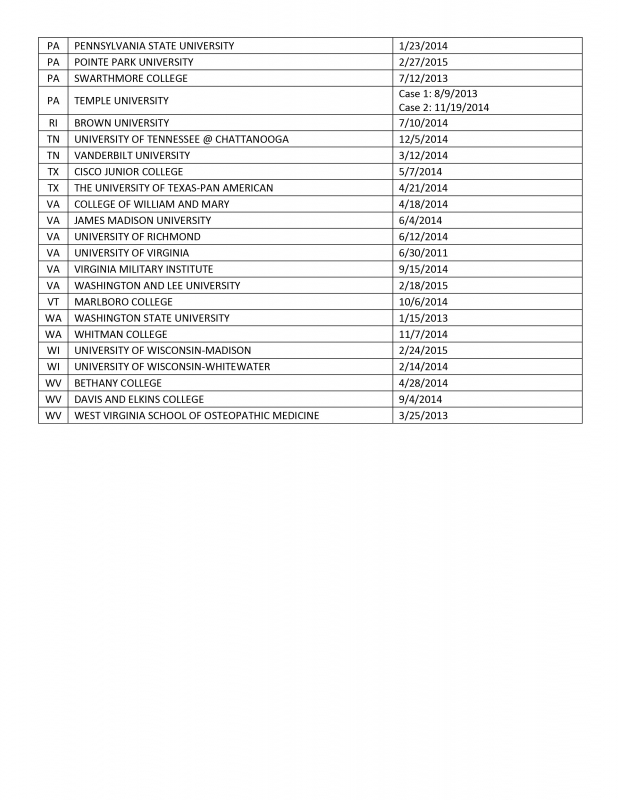