The Islamic State of Iraq and the Levant (ISIL) recently gained ground in Iraq and has begun to take steps to form its own state. In the U.S., there have been calls to begin a campaign to defend Iraq from ISIL.

The call to action has been strong, as many have cited humanitarian reasons for wanting to halt the assault of ISIL on the Iraqi government. Yet this call to action comes from the very people who lied about weapons of mass destruction and who said the U.S. would be greeted as liberators in 2003.

For some reason, the media has given these individuals a platform to express their false realities of the situation in Iraq, just as they did back in 2003 when the Bush administration turned attention away from fighting the real threat of terrorism in Afghanistan in order to launch a campaign against Iraq.

Former Vice President Dick Cheney said of the Iraq war, “We had a situation where if we — after 9/11, we were concerned about a follow-up attack, it would involve not just airline tickets and box cutters as the weapons but rather something far deadlier, perhaps even a nuclear weapon.”

The evidence for this, however, doesn’t exist. Any expert on foreign policy and Middle East relations would say that Iraq under Saddam Hussein was not the same as Al-Qaeda. In fact, a year after the campaign in Iraq was launched, the 9/11 Commision released a report stating there was no “collaborative relationship” between Iraq and Al-Qaeda.

Yet even after the facts regarding the Iraq War were released, the Bush Administration and the war’s advocates continued to spread lies and deception regarding Iraq involvement in 9/11 and terrorist activity.

Ever since the Iraq war, hawks such as Sen. John McCain and Sen. Lindsey Graham have used the same tactic as the Bush administration: repeat the lie long enough until it becomes truth.

Even Megyn Kelly of Fox News grilled the former vice president saying “…time and time again, history has proven that you got it wrong as well, sir.” But in the face of facts, the only thing war mongerers can do is to continue to repeat the lie so they believe it themselves.

In a time of information being available to everyone, the ignorance of the ground situation in the Middle East is just as bad as it was a decade ago. The history of Sunni and Shiite clashes in Iraq dates back over 1000 years, but this information has been ignored by those who believe the military can solve Iraq by simply beating down terrorism.

Iraq is facing a huge political crisis that has unfortunately resulted in military campaigns being waged across the country. Iraq had stability under Saddam Hussein, and even the U.S. had a history of aiding Hussein in the 1980s during the first Persian Gulf War.

Somehow, all of this information was ignored by the Bush Administration and its allies, and continues to be ignored to this day. John McCain has called for airstrikes in nearly every Middle Eastern country that a conflict erupts in, but that has shown not to be and cannot be a good foreign policy.

Using our military to deter foreign militaries and posturing is a necessity, however in the modern age, conventional armies are becoming obsolete. The U.S. is facing a reality in its failed foreign policy of the past 20 years: adapt or become more vulnerable.

Now is the time to begin forging non-militaristic relations with the Middle East. The best way to change a theocracy/dictatorship into a democracy is to befriend nations and influence them through political and economic means.

Nations will listen to their friends far before they begin listening to their enemies, and it is time for the U.S. to begin searching for new friends to aid America in its foreign policy interests. 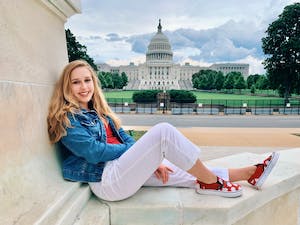