Columnist and author S.E. Cupp spoke to AU students about the current state of the Republican
Party and its relationship with youth on Feb. 17.

The event, sponsored by the Kennedy Political Union, Clare Booth Luce Policy Institute, AU
College Republicans and the Network of Enlightened Women, took place in the Mary Graydon Center at the University Club at 8 p.m.

Cupp welcomed students in with a comparison of Democratic and Republican parties’ views on the current youth.

“You are not a group either side can afford to take for granted, the party that most effectively
communicates their message to you is the one that will hold you for the long term,” she said.

Cupp argued that part of the problem is the images millennials feel the parties attach to them.
“What are some adjectives that you think the Republican party ineffectively use to describe you
guys?” Cupp said. “I’ll throw out a few, they call you lazy…disengaged…ignorant.”

Cupp followed these descriptions by describing how Democrats see the millennial generation.

“Where Republicans condescend to millennials, Democrats pander embarrassingly,” she said.

Cupp also claimed that conservatism is largely misunderstood both within the
Republican party and by other political parties.

“I think my conservatism is completely inline with gay rights because the government should be
out of our private lives” she said. “[Conservatives] love marriage! It’s an institution that
decreases reliance on the state, it’s economically stabilizing…it’s a good thing.”

Despite her support of gay rights, Cupp does not believe the party has to entirely embrace gay
marriage, as long as they become accepting of their members who do.

Cupp continued on to tell students that college is a time in which they should be encouraged to
explore their political beliefs, instead of the shaming she feels goes along with being
conservative at a liberal institution.

“I am shocked that the only rebellious thing you can do on a college campus is to be a
conservative,” she said. “I encourage [college students] to challenge everything they hear [from
both sides].” 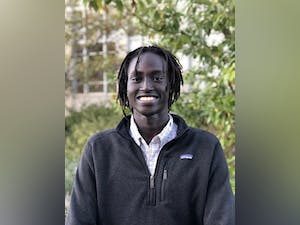