The best and worst of the 2014 Grammy Awards

Some things never change. LL Cool J will always believe in “the power of music.” Old white guys will always sing and shred even when their pop culture relevance has long since passed. And Beyonce will always be the queen.

But last night’s Grammys proved that some things do change. Robots can win Album of the Year. Thirty-three couples can get married in a hasty ceremony officiated by Queen Latifah. A 17-year-old New Zealander with curly hair and a sultry voice can win Song of the Year for a tune that critiques the very establishment that provided her with the award.

The 2014 Grammy Awards were rarely boring, but they were often baffling. Here’s a look at some of the best and worst moments from the 214-minute telecast.

Best: Beyonce & Jay Z
Sasha Fierce was doing just fine on her own for the first few minutes of the remarkable “Drunk in Love,” but when her fabulously rich husband joined her onstage, sparks flew like never before.

Worst: Hunter Hayes
Using your music to deliver a message to your young fans about the importance of accepting others for their differences? Perfectly respectable, even admirable. Delivering the song without the slightest control of pitch or facial gesticulations? Disappointing.

Best: Pharrell’s hat, voice, and speeches.
The Grammy-winning Producer of the Year was present throughout the telecast, whether accepting awards on behalf of his mute pals Daft Punk, jamming with the robots alongside Nile Rodgers and Stevie Wonder or merely sitting in the audience. His enormous hats set the Internet ablaze, launching Twitter accounts and GIFs within seconds. Fresh off an Oscar nomination and a steadily rising mainstream solo hit, Mr. Williams can do no wrong.

Worst: Tributes galore.
Numerous influential musicians passed away last year, but the show’s emphasis on paying tribute felt simultaneously generous and exhausting. There’s no efficient, respectful way to pay tribute to such fine and varied talents as Lou Reed, Phil Everly, Ray Price, George Jones and countless others. But piling on the minutes with constant reminders of the fragility of life served only to deflate enthusiasm rather than inspire it.

Worst: Does this show ever end?
Even as I was enjoying many of the individual performances, the show never cohered as a whole. Lurching from Imagine Dragons and Kendrick Lamar to Kacey Musgraves was only one of the night’s many jarring transitions. A few of the group numbers (namely, the Outlaws of Country and the closing rock number) outstayed their welcome, and the endless discussions of “the importance of music to bring us together” grew tiresome.

Best: Pairings that worked surprisingly well
It turns out that Stevie Wonder singing “Get Lucky” is as weird and wonderful as it sounds, even if the legendary singer stumbled on the lyrics a few times. Meanwhile, Imagine Dragons played backup to Kendrick Lamar, which turned out to be as bizarre as it sounds and exhilarating at the same time. And Sara Bareilles and Carole King provided the night’s most seamless musical montage, segueing effortlessly from King’s “Beautiful” to Bareilles’ “Brave” and back again.

Best/worst: Macklemore, Madonna and marriage
Queen Latifah emerged to announce that she would be officiating the weddings of thirty-three couples gay and straight, young and old. Macklemore & Ryan Lewis delivered their problematic but poignant anthem “Same Love” with the wonderful Mary Lambert emoting at their side. And then marriage happened, and Madonna happened, and magic happened. Maybe. The whole thing was confusing and invasive and bewildering, but the audience ate it up, and the generous spirit of the spectacle was moving.

Best: Beatlemania
Everyone loves The Beatles! Dave Grohl, Jamie Foxx, Steve Coogan and Steven Tyler were just a few of the many stars who took a moment out of their presentation duties to pay tribute to the most successful rock band in music history. When Paul and Ringo finally took the stage to perform together, the result was warm, exciting and musically delightful. The bow at the end was richly deserved. Start the countdown to the CBS special commemorating the 50th anniversary of their “Ed Sullivan” appearance right now. 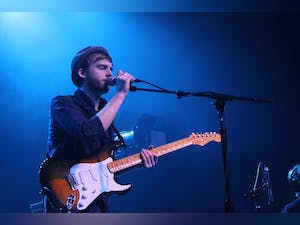 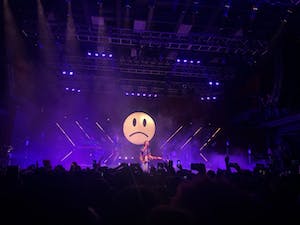 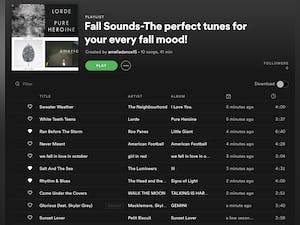 A nostalgic playlist of 2019 fall favorites