Three AU students volunteered at the Clinton Global Initiative, a yearly conference where world leaders come together to find solutions to current global challenges, from Sept. 23 to 25.

Oluseyi Segun, Kaity Miller and Daniel Leon arrived in New York a day before the conference to begin their assigned tasks.

“Basically, I sat people at their assigned tables,” Segun said, a senior in the School of Communication. “I also mingled with the crowd, and I saved seats so when speakers came back they had somewhere to sit.”

Kaity Miller, a senior in the School of International Service, participated in the catering committee.

“We were the eyes, ears and extra support for three young women in charge of working with the Sheraton Hotel in providing three meals a day for around 2,000 people,” she said.

Leon, a junior in SIS, served in the Head of State committee escorting delegations to their sessions and ensuring the event ran smoothly. He interned at the Clinton Foundation over the summer, where he ran the high school intern program which gives teenagers professional experience to succeed in their future.

He also served as a CGI University member in 2010, where he brainstormed solutions to local challenges with other college students nationwide as a sophomore.

“I was invited in 2010 because of my commitment, ‘Move Your Feet, Feed the Need,’” Leon said. “I hosted dance classes and asked participants to bring canned goods or clothing. I would donate those items to a shelter in the Orlando area.”

The volunteers spent most of the time working, but Miller said they were able to watch the speakers and panels streamed on TV during their breaks.

“I watched one panel on empowering women through city design; the depth of the discussion was amazing.” Miller said. “They discussed how the design of a kitchen could make women safer from smoke or increased their freedom inside the home.”

Both Segun and Miller also had the chance to see Egyptian President Mohamed Morsi in person.

“He had a dialogue with President [Bill] Clinton, but he only wanted to speak in Arabic,” Miller said. “So before the panel I had to set out translation boxes for over 1,000 people so they could hear the interpreter.”

In addition to seeing Morsi in person, Miller said Clinton acknowledged her as well.

“After [the dialogue], while I picked the boxes up, Bill Clinton was walking around and waved at me and smiled,” she said. “He was so friendly!”

Not only did Miller see speakers, she met a few notable people as well including her hero Zainab Salbi. Segun said he saw singers Seal and K’naan, as well as actor Rosario Dawson.

The application process to volunteer at CGI requires a number of short essays, a resume and references, according to Miller.

“I met someone who tried to volunteer three times before they were accepted,” Segun said. “I was lucky and fortunate to be selected.”

Miller said the event was one of the most exciting and fulfilling experiences in her life and was surprised by how many of the volunteers were young.

“The majority of CGI staff between 25 and 35 years old, so the organization is empowering for young people.” Miller said. “It gives you a foot in the door to go anywhere you want to go.” 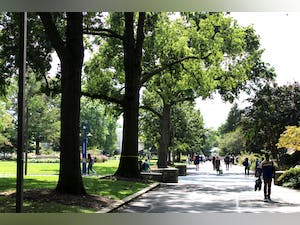 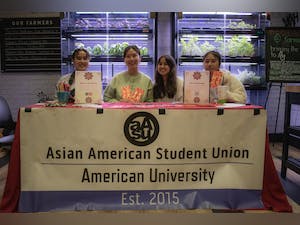 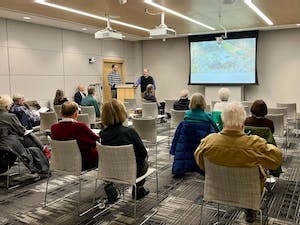