The Student Government started a new campus campaign called "Fan Fridays," during which prizes will be given to students on campus sporting AU apparel.

The goal of the campaign is to increase school spirit on campus, according to Zack Solomon, SG Director of Athletic Affairs.

"If we give away cool prizes more and more, people will rep their AU gear, so eventually people will be sporting AU apparel without us giving away prizes," Solomon said.

The idea began with a conversation between SG President Andy MacCracken and Solomon about the lack of school spirit at AU.

"From there, we figured out how to make it work ... and got it all going," MacCracken said. "We started it, even with only a month left in the year so that [SG President-elect Nate Bronstein's] administration doesn't have to start from scratch."

Last month, Solomon and MacCracken talked to the Athletics Department to see if this idea could be implemented. Last week, the idea was put into action. The SG handed out more than 50 prizes to students wearing AU shirts.

These prizes included lanyards, water bottles, key chains and gift cards - one $25 gift card and one $50 gift card to the campus store, according to MacCracken and Solomon.

Solomon also said he was further encouraged to start the "Fan Friday" initiative because he was upset that so many AU students wear shirts from other universities on campus.

"We go to an outstanding university, and students should be proud and embrace the wonderful university that we attend," he said.

"It pains me to see some students wear Bucknell [University] gear - my least favorite university in the history of universities," he said of AU’s Patriot Divison rivals. "Or even Georgetown apparel - most [AU] students do not like Georgetown [University]."

McCracken said that members of the SG will approach students wearing clothing from other universities and show them the prizes they could have won had they been wearing AU apparel. This may encourage students to wear AU shirts instead next time, he said.

Last week, Solomon did not see anyone wear any "crazy" outfits on campus, but hopes that students will get more spirited.

SG currently funds the prizes, but Solomon said he hopes the Athletic Department will fund them in the future.

David Bierwirth, senior associate director of the Athletics Department, said the campaign is a way to use athletics to increase campus spirit and a way to reward AU's "loyal fan group."

Many of the prizes currently being given out come from the Athletics Department, but future prizes could potentially come from Blue Crew sponsors. The Blue Crew is the largest student organization on campus, and members wearing their Blue Crew apparel should be rewarded, Bierwirth said.

"We have a lot of good partners that support the Blue Crew, like Robeks and Chipotle, so we'll probably have some nice prizes from some of our partners as well," he said.

You can reach this staff writer at nglass@theeagleonline.com. 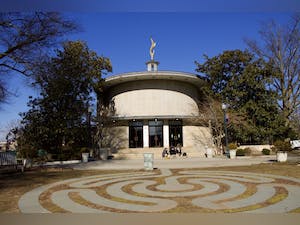 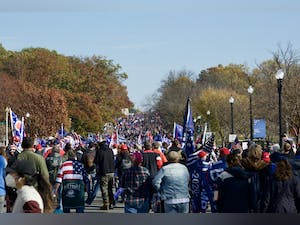