As the 2008 Major League Baseball season gets underway, it is time to see which teams have the chance to play in October and which ones will see their seasons fade away like the last firework on the Fourth of July.

In the first of a two-part series, we will first examine the teams looking to grab the American League pennant from the defending World Champions, the Boston Red Sox.

1. Boston - With Dustin Pedroia coming off of a Rookie of the Year season, and not to mention many other rookie players that came off excellent seasons - Clay Buchholz, Jacoby Ellsbury, Hideki Okajima and Daisuke Matsuzaka - the Red Sox will lock up a top spot in the AL East and possibly a 100-win season. While Josh Beckett is fired up from his 20-win season in 2007 and looks to lead the Sox to yet another ring, his success will depend on his health.

2. New York - Don't forget the Yankees, with young pitching prospects such as Joba Chamberlain, Ian Kennedy, Phil Hughes, etc. With this in addition to an extremely potent offense, the Yankees will have a productive 2008 season. The coaching switch from Joe Torre to Joe Girardi, however, could be the downfall of this team.

3. Toronto - A new left side of the infield is the turnaround the Jays could be looking for. The additions of Scott Rolen and David Eckstein will not only bring a new defensive front, but will be a nice addition to the Jays' line-up. One has to worry about that bullpen if they want any shot in contending in the East.

4. Baltimore - A rebuilding season for the O's is definitely in sight with the loss of marquee players such as Erik Bedard and Miguel Tejada. Many young faces came in with these trades. Keep an eye on Luke Scott, the new outfielder for the O's.

5. Tampa Bay - You think dropping Devil is going to bring the Rays out of the basement this year? Probably not, but keep an eye on Evan Longoria, the third-base prospect who will turn some heads.

1. Detroit - The Tigers are hands down the most potent offense in all of baseball. Magglio Ordonez, Miguel Cabrera, Edgar Renteria and Carlos Guillen are all going to be painful for any pitcher to face. Justin Verlander and Jeremy Bonderman are going to have to work hard this season in order to hold the rotation together. They will have to support Kenny Rogers, who is coming off a surgery-plagued season, and newest addition Dontrelle Willis, who went 10-15 last season in the National League.

2. Cleveland - With probably the meanest one-two pitching punch in the league, look for returning Cy Young winner C.C. Sabathia and teammate Fausto Carmona to win over 35 games together. Offensively, the Tribe can produce, as Travis Hafner and Victor Martinez both had 100+ RBIs last season. Don't forget to watch out for Grady Sizemore as well. No wonder Eric Wedge is graying at his age with Joe Borowski closing (5.07 ERA in 2007), but he remains one of the better closers in the AL.

3. Minnesota - Though in a rebuilding process after huge trades such as Johan Santana and Torii Hunter, Minnesota still has hope. A great addition for the Twins this off-season was Delmon Young. The powerful, young outfielder will bring a whole new element to a line-up already chock-full of talent. As for the loss of Santana, part of that void can be filled by the highly anticipated return of Francisco Liriano, who sat out all of last season after Tommy John surgery.

4. Chicago - Coming off an awful season, the White Sox made two additions to the club that could be the thrust that will put them above .500. One is Nick Swisher, who will add some power to their already somewhat powerful line-up. And second, Orlando Cabrera will add more of a running element to the Sox's offense along with occasional power.

5. Kansas City - The Royals were banking off the success of Alex Gordon last season. Unfortunately, he didn't live up to the hype. However, another rookie phenom emerged last system - Brian Bannister will fill a good two spot behind Gil Meche. Don't expect the Royals to make many major moves this season.

1. Los Angeles - The addition of Torii Hunter to the Angels will make their outfield a dominant force, with Vladimir Guerrero in right, Hunter in center and Garret Anderson in left. However, this leaves out Gary Matthews Jr., who is also a potential threat in the outfield. Expect to see a lot of base-stealing this season, a manager Mike Scioscia trademark.

2. Seattle - The acquisition of Erik Bedard could be the spark the Mariners need in pulling off the wild card or even taking down the AL West. J.J. Putz is one of the top relievers in the game (40 saves with a 1.39 ERA in '07), so he'll be holding onto a lot of close wins for the M's. As long as Felix Hernandez stays healthy, he and Bedard could make some serious moves this season.

3. Texas - It was a huge loss for the Rangers last year mid-season when they traded Mark Teixeira to Atlanta, where he exploded for the Braves. Don't count your losses quite yet though. Jarrod Saltalamacchia, who came over on that trade, is the next big thing in the world of catchers. Saltalamacchia played 47 of his 93 games last season behind Brian McCann, the Braves' all-star catcher. Josh Hamilton is another young acquisition who will make some noise for the Rangers this season.

4. Oakland - The Billy Beane theory is in full effect for the 2008 season for the A's. The A's traded away their star workhorse pitcher Dan Haren for a handful (six) of prospects. Don't expect to hear much from them this season, as it will be a two-horse race for first. 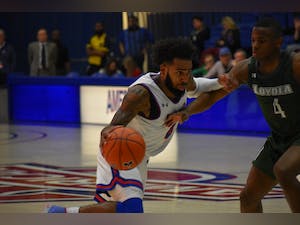