In an effort to alleviate alcohol and drug abuse on AU's campus, the university circulated a comprehensive survey last spring in conjunction with AU's Division of Student Life.

Working under a two year, federal FIPSE grant from the U.S. Department of Education, AU circulated its own Drug and Alcohol Survey to a total of 701 undergraduate students in randomly selected classes in February of the spring '94 semester. The goal of the survey was to obtain a sample pool of data representative of AU's undergraduate student body in terms of age, gender, class rank and race/ethnicity, in order to assess attitude, perceptions and behaviors associated with substance abuse on campus.

The FIPSE grant is a federally funded alcohol and other drug prevention program awarded to approximately 90 colleges and universities each year. The survey's design is unique to AU - with questions that include topics helpful to drug and alcohol prevention program planners - but it parallels national surveys such as those of CORE and the National Institute on Drug Abuse. Topics covered in the survey included attitudes, drug and alcohol use, behavioral consequences, campus and community resources and policy enforcement.

The survey results also indicate that most students who regularly use drugs and alcohol arrive on campus with their patterns already established. Specifically, 85 percent of regular drinkers said they began drinking during or before high school. The figure is 75 percent for regular marijuana users. Further, students who live on campus have a daily or almost daily alcohol use rate almost 5 percent higher than off-campus students, and that the current upperclassmen drink significantly more than freshmen - over three times more often according to the survey.

Program Coordinator Scott Levine said he thinks the data collected in the survey provides important insight into the attitudes of AU's undergraduates. First of all, he said undergraduate students appear quite involved with campus events and programs, student organizations and recreational activities. And, he said, nearly half of those surveyed believe that AU provides an environment conducive to non-drinkers and that there are plenty of events on campus during weekends that do not include alcohol.

"We subscribe to the philosophy that through education comes empowerment to make healthy decisions about substance use," Levine said. "Our goal is to show students that, contrary to popular belief, alcohol and other drug use is not the only way to have fun on campus."

The grant works with AU's Students for Healthy Decisions - a student organization that also works with drug and alcohol use on AU's campus.

"We seek to involve all members of the campus community, based upon the belief that changing societal norms around drinking requires the involvement of everyone on campus," Levine said. 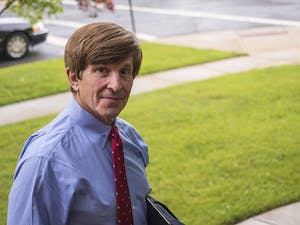 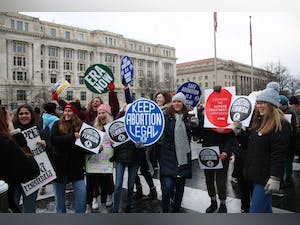