Editor’s note: Questions and answers have been edited for clarity and conciseness. This article accompanies The Eagle’s review of Mass.

“Mass” tells the story of four parents who have all lost their sons to gun violence. Jay (Jason Isaacs) and Gail’s (Martha Plimpton) son was killed during a recent school shooting. Linda (Ann Dowd) and Richard (Reed Birney) are the parents of the shooter. Throughout the film, these two couples sit down and have often painful but always heartfelt conversations about their feelings in an attempt to gain some form of closure.

The Eagle spoke with Kranz, Dowd and Isaacs about the importance of sensitivity when dealing with such a delicate subject, as well as the unique opportunities that such a modestly sized set presented to the filmmakers and cast members.

Spenser Hoover: One of my favorite qualities about “Mass” is the fact that all of the characters are written and performed with an enormous amount of empathy. Many times it feels like films want audience members to pick a side when characters are in conflict, but “Mass” really treats these four individuals with an equitable amount of understanding and a lack of judgment. How important was it to you all to maintain that level of understanding in regards to their respective emotions?

Ann Dowd: When we first started, we were together for two and a half days as a kind of rehearsal. It was a time to come to know each other and make sure we understood what was going on in the story. Establishing that among ourselves was extremely important. When we began shooting, we entered the lives of these characters that Fran so beautifully wrote with trust, empathy and vulnerability.

Jason Isaacs: There were also times when we sat together, and it wasn’t really a rehearsal because we weren't practicing what was going to happen in the scene. We were stepping into our characters’ lives and advocating for them. Fran was amazingly creative. He created this little crucible where those conversations could take place. So if your question is how these characters are all dealt with in a fair and human way, it’s because he created them, but then handed them to us to take ownership of and pride in.

Fran Kranz: I wouldn't know how else to go about things as a writer. I tried to put myself in their shoes. I believe that Richard and Linda, the parents of the shooter, also lost a child. They are also survivors of this tragedy. And I believed in their humanity and dignity. So that's the way I approached it. As Jason referred to, we talked about whether or not all the words were there that needed to be for these characters. But otherwise, it was theirs to take ownership of and essentially drive that language through in the end.

Dowd: I love the way you said that. It was important to make sure the words were there to support where we were going. And it's an extraordinary thing when that has happened. Fran had an open mind and an open heart as to how we were going to do this together.

Hoover: Ann and Jason, you both have experience working on sets with much larger budgets than “Mass.” Whether it be in “The Handmaid's Tale'' or the “Harry Potter” films. What attracted both of you to this smaller-scale film, and how did the experiences during shooting differ from those on larger sets?

Dowd: I happen to love small films. The writing is the main difference.

Isaacs: I did this one purely for the money [laughs]. It seems different to outsiders, but there's no difference. You're always being someone in a situation. This is an amazing story these people are telling. I looked not at the dialogue, but at the situation of the story and who these people are. And it seemed like an extraordinary story worth telling. I'm sure that’s true for Ann too. We're in this business because we love telling stories, and if you get to tell a great one then the context is irrelevant.

Dowd: I will say, however, we were very well cared for, and that made a tremendous difference.

“Mass” was released in theaters on Oct. 15 and is showing at Landmark's E Street Cinema and the Angelika Film Center & Café at Mosaic. 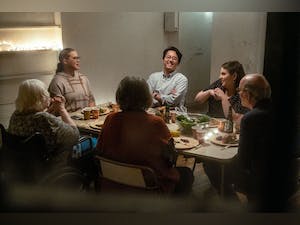 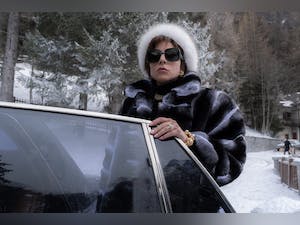 REVIEW: Lady Gaga shines in a galvanizing ‘House of Gucci’ 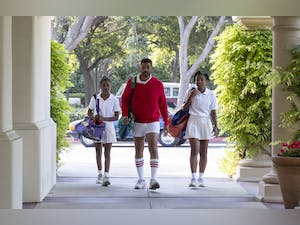