This review contains spoilers for “The Suicide Squad.”

Spawning from a rather lackluster 2016 film of the same name and similar premise, James Gunn’s “The Suicide Squad” is a well-blended medley of comedy, carnage and compassion. While undeniably a bit cheeky, and perhaps even a bit unhinged, the film fits nicely in the DC Extended Universe and is a welcome replacement for its predecessor.

In true Suicide Squad style, the film follows a cast of ex-convicts as they are ordered on a covert mission by shady government agent Amanda Waller (Viola Davis). The plot primarily revolves around the mercenary Bloodsport (Idris Elba), who is forced to follow Waller’s plan in order to stop the government from imprisoning his daughter, Tyla (Storm Reid).

Unsurprisingly, the movie’s strongest asset is its incomparable cast. Elba and Melchoir both deliver standout performances that bring a multifaceted life to the once two-dimensional characters. This is particularly true as Bloodsport grows to view Ratcatcher as a daughter figure: their chemistry is both delicate and unpredictable. The same tender bond applies to Reid and Elba, whose scenes are charming in a grounded, heartfelt manner. Within these familial subplots, the actors work in tandem to provide depth to what could have been a frivolous film.

Of course, the film is most successful in its predicted, quick-witted comedy. To that end, it would be remiss not to mention that the film wouldn’t go far without Robbie’s iconic Harley Quinn performance: she generally stands to be one of the greatest draws of the franchise. In true Quinn form, the movie allows both Robbie's acting versatility and natural beauty to shine. Her costumes are also markedly less sexualized than the ones worn in the first “Suicide Squad,” likely a result of the backlash received on the first film, which was appreciated.

Beyond headliner Robbie, if you come to the film to see comedic giants Pete Davidson (Blackguard) and Flula Borg (Javelin), you may leave disappointed. While they both have some notable one-liners that riff off of their established comedic stylings, they don’t really live long enough to justify their exaggerated advertising pull.

As for the content, ultraviolence is an understatement, to say the least. The film is certainly not for the faint of heart, nor anyone who avoids gore without it carrying a deeper meaning. Almost every action scene features some form of limb-ripping, body-tearing or throat-slashing — and that’s just scratching the surface.

However, Gunn does make a point to differ the action sequences from one another. While one battle takes place in the reflection of Peacemaker’s helmet — undeniably a form of foreshadowing and irony — another incorporates exploding flower graphics behind the conqueress Harley Quinn. As bloody as the film may be, it rarely feels redundant in its presentation.

And for those that can stomach the brutal scenes, the film does come with worthwhile subplots about empathy and compassion. It also provides some sort of social criticism of America, with the final sequences of the movie forcing the characters to re-examine their own relationship with the concept of American exceptionalism. And while this subplot is arguably a strong addition to the storyline, the way it concluded — practically with a shrug of Elba’s shoulders — felt a bit empty, as if the concept had not been fully fleshed out. Which is ironic, considering the sheer amount of flesh in this film.

As for impact, we’re likely to see an influx of red-dress Harley Quinn costumes this Halloween. But for now, the film can be chalked up to a witty, well-paced and self-aware comedy; as far as villain redemption flicks go, it’s worth the watch.

“The Suicide Squad” will release in theaters and on HBO Max starting August 6, 2021. 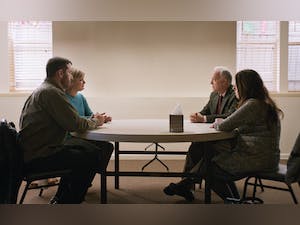 REVIEW: ‘Mass’ shines a light on the perils of grieving 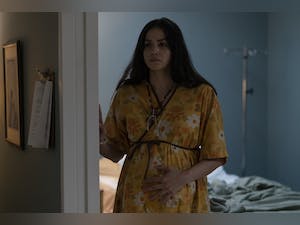 REVIEW: ‘Madres’ is a mediocre horror film overshadowed by its disturbing true story

Weekend Watchlist: Check out these works by LGBTQ+ filmmakers

District of Cinema Episode 6: The Coen Brothers and Catching Up