For those who make their way to D.C.’s Chinatown for the first time, they may find it jarring to see McDonald’s, Chipotle and Walgreens occupying the streets. What’s more, each shop in Chinatown shares a blatantly appropriated chinoiserie aesthetic — which would be fine if the shop was a local Chinese grocer and not a CAVA.

Director Lisa Mao’s “A Tale of Three Chinatowns” seeks not only to answer those questions, but to also explore the stories of the Chinatowns located in Boston and Chicago. In roughly a century, these Chinese American communities have developed differently in both positive and negative ways.

The film covers the three Chinatowns through interviews with community members, activists and Asian American history experts. We don’t just learn about the diabolical Chinese Exclusion Act of 1882: Mao hones in on how each Chinatown in focus is unique from each other and why some are in decline.

Hearing from the residents of these Chinatowns reinforces the sense of community throughout the film; it both warms the heart and allows us to empathize with their personal stories. This makes the issue of affordable housing — or lack thereof — that much more tragic. It's why most Chinatowns today are a result of displacement and are no longer in their original locations.

Gentrification is another recurring theme and one that particularly hits hardest when Mao focuses on D.C.’s Chinatown. As of now, the Chinese American population in that neighborhood has dwindled to less than 300 people. For a community that first arrived in D.C. to settle in the 1850s, the future of D.C.’s Chinatown seems subject to monopolies and chains, instead of locally-owned businesses — the reason for the neighborhood's entire existence.

Conversely, the film’s tone does shift from bleak to hopeful when it focuses on Chicago’s Chinatown: unlike D.C., this neighborhood is growing in population and full of business opportunities for Chinese Americans. It’s an intriguing juxtaposition that leaps the film forward with its call to action.

Exploring Chicago’s Chinatown gives a glimmer of hope because it proves that reviving Chinatowns across the country can be done. The reason is clear: these neighborhoods represent a cultural, communal and economic hub for not just Chinese Americans but for any racial and ethnic minority that has resided there.

While this film depicts extremely relevant issues, how it communicates that message comes off as a bit dated. The film’s graphics, transitions and editing techniques feel a decade or two behind. The choice to fade in important words that interviewees bring up isn’t received as emphasis but instead invokes awkward, cheesy PSA ad vibes.

That, however, isn’t the largest, most distracting issue. “A Tale of Three Chinatowns” is misguidedly sequenced: the film covers all three Chinatowns, but then circles back to its first subject, Boston, to explore another idea. From then on, topics, interviews and clips struggle to stay cohesive to the main narrative. Scholars and activists end up elaborating on similar, previously explored ideas, or the focus switches abruptly. The film essentially feels finished before the final third of the runtime.

Nevertheless, this is an extremely important film that shines a light on the histories and experiences of Chinese Americans in these cities. While its shortcomings in sequencing and editing dampen its overall emotional impact, “A Tale of Three Chinatowns” is still a critical documentary to watch today.

At the very least, it’ll encourage you to support the locally-owned eateries in D.C.’s Chinatown. From dumpling houses to barbecue meats, they are definitely worth a try. You should take a break from that New American brunch place you go to every weekend, anyway.

“A Tale of Three Chinatowns” screened at the DC Asian Pacific American Film Festival from July 15 to July 25. 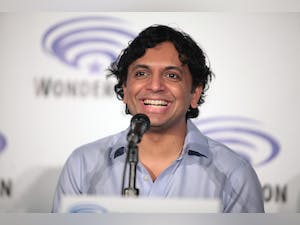 REVIEW: ‘Knock at the Cabin’ is preachy and misguided, with little scares