“Candyman” director Nia DaCosta had an interesting problem to solve: how do you get viewers to believe that someone would willingly conjure up a murderer by saying their name five times in a mirror?

Her answer? By making it a Black artist’s claim to fame and a consequence for those who fail to take seriously his message about the trauma of systematic racism and the myths created to survive it.

The artist, Anthony McCoy (Yahya Abdul-Mateen II), first hears about the legend of Candyman from the brother of his girlfriend Brianna Cartwright (Teyonah Parris). The couple live in a swanky new apartment building, a marker of gentrification in what used to be the Cabrini-Green housing project in Chicago. It’s also where Candyman did his killing — the stories tell of a Black man with a hook, which he used to kill once invoked.

For McCoy, who’s been struggling to produce new work, this is the perfect opportunity to create a poignant, socially relevant piece; a ghost of a neighborhood torn apart by a faceless killer. It starts as a joke for McCoy, he even goes through the ritual of calling Candyman, despite Brianna’s urging him not to. But as McCoy gets closer to both the myth and people who have seen Candyman and lived to tell the tale, he becomes obsessed. His white art critics, however, don’t see the vision. His exhibit — a mirror that opens up to reveal paintings of Cabrini-Green and a pamphlet that encourages viewers to “say his name” — is dismissed.

It doesn’t stop several white attendees from summoning Candyman though, with gruesome consequences. And Anthony can’t shake the lingering presence of Candyman, leading him to mental and physical decay.

Even from the trailer, it feels like the architect of “Candyman” is Jordan Peele. Though he was a producer and a co-writer along with DaCosta and Win Rosenfeld, DaCosta’s film feels like it could fit right in with Peele’s directorial work without missing a beat. This makes sense, given that “Get Out” completely upended the horror genre by using racism as the real bogeyman, but DaCosta’s voice tends to get lost in the “Peele-isms” of “Candyman.”

Still, there were some elements that felt unique to DaCosta. With such specific attention to detail, everything in “Candyman” feels purposeful. One of the most visually appealing aspects of the film were scenes of silhouette images created by artist Kara Walker. With the film’s commentary on the pervasive, racist microaggressions that the art world fosters, DaCosta couldn’t have chosen someone better than Walker, a Black artist whose work centers around the long history of exploitation and violence that Black people in America have faced.

DaCosta also uses reflection in an innovative way throughout the film. Instead of having the Candyman jump out of the mirror, all his kills are made while still in the reflection. To onlookers, his victims appear to be spontaneously ripped apart. While this severely limits the number of jump scares, there’s a lasting tension as every reflective surface suddenly feels sinister. There’s plenty of gore throughout “Candyman,” but DaCosta is careful about what viewers see and how they see it.

“Candyman,” which is based on the 1992 film of the same name directed by Bernard Rose, isn’t so much a remake as it is a spiritual sequel. DaCosta’s film builds off characters from the original and maintains the ethos of how and why Candyman kills, but tweaks Candyman’s origin story — while also making the events of the original film part of it — in order to offer a more poignant commentary on racism than its predecessor.

The biggest change, however, is in the provoker of the Candyman. In the 1992 version, a white woman, Helen Lyle (Virginia Madsen), stumbles into the myth while doing research on urban legends; she’s an outsider looking to use the tragedies for her academic gain. DaCosta casts Anthony in a similar light; he too is a non-native of Cabrini-Green who sees the potential career growth that Candyman can bring. Both characters become woven into the lore of Candyman, but it carries greater depth with Anthony.

Now, he’s one of many Black men who are linked to Candyman, a commentary on the pervasive cycles that racism breeds and the reasoning behind why Candyman still kills. From William Burke (Colman Domingo), a Cabrini-Green native whose own encounter with Candyman is woven throughout the film, we learn that the past iterations of the killer were all men who died at the hands of racism, in one form or another.

The film would have benefitted from more specificity; generational and cyclical trauma due to racism are compelling tools for horror and could have been more effectively used to tie everything together. Instead, DaCosta tries to address the many different avenues of racism, resulting in a more generalized — and subsequently hollow — message. The rationale of Candyman’s legacy comes quickly at the end, unraveling certain elements that DaCosta had been leading up to. It loses clarity as viewers are told that gentrification, police violence, white liberalism and generational trauma are all at fault for Candyman. Though all of these factors culminate in the very real racism that Black people face, the 90-minute runtime was not enough for DaCosta to take each element to task while effectively connecting everything.

Ultimately, “Candyman” sets up some pretty big ideas, but the payoff leaves more to be desired. Still, it’s aesthetically stunning and a thoroughly enjoyable horror film, as long as you don’t spend too long trying to find reason. 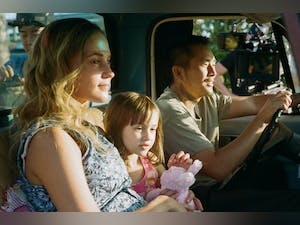 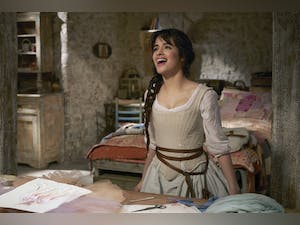