“Roadrunner” starts with a voice-over from Anthony Bourdain explaining that “there's no happy ending.” Director Morgan Neville creates something truly fantastic with archival footage and covers Bourdain's life with the help of thought-provoking interviews from friends and loved ones.

“Roadrunner” is a brief summary of Anthony Bourdain's fruitful life that came to an abrupt end, the aforementioned not-so-happy ending. While filming his critically acclaimed show “Parts Unknown” in France, Bourdain died by suicide in 2018. Leaving no note behind, he left everyone with many questions.

This documentary doesn’t try to answer the question: why so soon? Rather, its goal is to give the viewer a deeper understanding of what Bourdain's life was really like. Having struggled with a heroin addiction from a very young age, a not-so-private love life and being in the public eye for over 15 years, reality can become skewed.

Interviews with friends and family are used to fill in the gaps of what Bourdain’s show couldn’t quite capture in those moments of reflection. Although the majority of Bourdain's life was documented on film, this documentary shows that it wasn’t the whole picture. His shows focused on the culture and food he was consuming in vast places, while tabloids wrote up stories about his dating life.

“Roadrunner” includes in-depth interviews with his second wife, Ottavia Busia, co-workers he had years-long relationships with and friends David Chang, Éric Ripert and David Choe, whose viewpoint I found the most compelling.

Choe, known for his no-nonsense attitude, shares his raw and real experiences with Bourdain. He tells us about his email exchanges with Bourdain and just how concerned he was for their entire friendship. Having been through addiction with drugs and struggles with mental illness, he knew what Bourdain was going through on a level many others could not.

While some interviewees, like Éric Ripert, chose not to comment on Bourdain’s choice to end his life, others felt it was necessary to discuss. Ottavia Busia prefaces her comments about Bourdain’s suicide by explaining that this will be the last time she will ever publically talk about the topic. She talks about what a wonderful father he was to their daughter and that after their separation he seemed different. Welling up, she explains that she should have kept a better eye on him.

Hearing about the experience from the people closest to Bourdain while hearing his own voice narrate this film is an overwhelming experience that makes this film like no other.

Whether you were an avid fan of Bourdain during his life as a chef and TV host or just want to know more about him in the news of his death, this film is for either viewer. “Roadrunner” is able to capture the true spirit of Bourdain, a man the world thought they knew so well, but Neville is able to paint a clearer picture of.

The documentary ends with a clip of Bourdain walking along the beach at sunset in his hometown of Providence, Massachusetts. Choe explains how much he would hate a scene like this, so the film cuts to Choe defacing a memorial portrait of Bourdain on the side of a building in LA. The sugarcoated ending is juxtaposed with Choe’s actions as a call back to Bourdain’s own words at the beginning of “Roadrunner”: “There’s no happy ending.”

“Roadrunner: A Film About Anthony Bourdain” released in theaters on July 16, 2021. 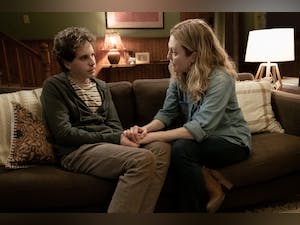 REVIEW: ‘Dear Evan Hansen’ is the feel-bad movie musical of the year for all the wrong reasons 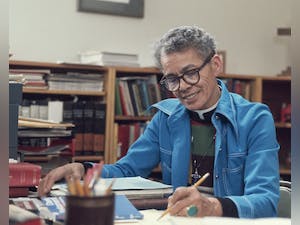 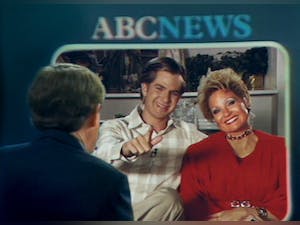 REVIEW: ‘The Eyes of Tammy Faye’ is an enjoyable but incomplete look at the world of the Bakkers