Tish and Fonny, separated by a clear window at a local jail, speak to one another on the phone. Through just a few words, their love is palpable, and through just a few glances, their separation is painful. We, as viewers, are quickly anchored to the characters.

In many respects, the director, Barry Jenkins, and the lead actress, Kiki Layne, had a similar effect. As I sat across from these two Hollywood stars, I expected our interaction to have a distance comparable to that of an audience member with characters on a screen. However, their candidness, thoughtful responses, and unmistakable passion for this film, were equally as anchoring.

In his new film, “If Beale Street Could Talk,” Barry Jenkins delivers many of the same qualities one would expect from the filmmaker who created last year’s Oscar-winning “Moonlight.” Intimate, thought-provoking, and visually stunning, “If Beale Street Could Talk” tells a story of family, memory, and young black love positioned inside an unjust and racially biased world. Although the film had much to live up to following the giant that is “Moonlight,” the film stands on its own right.

Set in Harlem during the 1970s, the film centers around 19-year-old Tish (Kiki Layne) and 21-year-old Fonny (Stephan James).

“The thing that grabbed me about the book is that these guys are soulmates. I hadn’t really seen or read that many narratives about young black soulmates,” Jenkins said. The young soulmates are separated when Fonny is targeted and imprisoned for a crime he did not commit.

The film switches between the present and past. Poignant flashbacks interspersed throughout the film show the development of a deep and profound love between the two childhood friends. In the scenes positioned in the present, Tish and her family race against the clock to prove Fonny’s innocence.

The film brings to life the narrative of late author James Baldwin, who is known for his eloquent novels, plays, and essays about race relations and the black experience in America. His legacy lives on in the depth of his prose, his influence on literature, and the continued relevance of his work.

In an introduction to a novel about Baldwin, author Kenneth Kinnamon said, “James Baldwin has always been concerned with the most personal and intimate areas of experience and also with the broadest questions of national and global destiny—and with the intricate interrelationships between the two. Whatever the final assessment of his literary achievement, it is clear that his voice—simultaneously that of victim, witness, and prophet—has been among the most urgent of our time.”

“If Beale Street Could Talk” is the first English-language feature film adaptation of a Baldwin novel. No other director has ever been given the rights by Baldwin’s living family to adapt any of his novels. This is not something Jenkins took lightly when approaching the material.

“I didn’t want to insert myself into the narrative at all,” Jenkins said.

In order to ensure that the film is a faithful adaptation of Baldwin’s novel, there are several places where Jenkins has Tish narrate using direct lines from the book. Jenkins said this choice was intended to assert Baldwin’s presence in the film.

However, Jenkins does make it clear that the book and the film are separate entities.

“It just became, well, myself, the cinematographer, the production designer, the costume designer, all these actors...you have all these people who are creating something that is completely outside Baldwin in a certain way. All these things add up to take the core energy of this gift that Baldwin’s given us and take it to an even larger place,” Jenkins said.

One of the most entrancing aspects of the film is the authenticity of the relationships between the characters. Layne said that the cast actually did become a little family and that she believes that they were meant to work together to tell this story.

“We really supported each other. Just like you see in the film, it’s real in life as well. Like, these are people that I can actually reach out to for help, who really looked out for me during the whole filming process,” Layne said.

The real-life closeness of the actors became especially important when filming scenes that grappled directly with difficult themes. Fonny’s incarceration followed an accusation made by a poor Puerto Rican immigrant, Victoria Rogers (played by Emily Rios), pressured by a white police officer to cite Fonny as her rapist. After the accusation, the woman flees from New York back to Puerto Rico.

As the family tries to gather evidence to free Fonny from jail, Tish’s mother, Sharon (Regina King), decides to travel to Puerto Rico to convince Victoria to confess the truth. As Victoria’s trauma from sexual assault becomes clear, the scene between the two women in incredibly emotional. Jenkins said that Regina Hall and Emily Rios entered into a near meditative state when filming this scene. “When I read the book and I watch our film, what I’m most moved by is every step of the way is this connection between the women in the story,” Jenkins said. “There is an empathy that kind of goes both ways, and there is a trauma that kind of goes both ways and I think that’s why that scene is so damn devastating...it was very difficult to direct.”

This depth of acting, framed by the lush, lyrical and hauntingly beautiful sounds and visuals of the film, work together as a vessel to grapple with the larger topics of racial discrimination, stereotypes, injustice and sexual assault. These topics emerge as being interconnected and non-exclusionary. “I think what Baldwin was writing about is how our performance and our roles in these systems, affect everyone,” Jenkins said.

This story is about black love and racial injustice, but it is also about people. Through the heightened and recognizable sense of emotions the characters display and the honest elements of their on-screen relationships, all viewers are invited inside the world Jenkins creates. As viewers become more and more bound to these characters, we see and feel the world that surround this family and feel the desperation at the hands of their separation.

Jenkins films are a poetic marriage of visuals and heartbreaking narratives. To watch a Barry Jenkins film is to take a deep breath in and never let it out. Using Baldwin’s narrative, Jenkins stitches together a tapestry of love, family, pain, injustice and resilience. In this way, the film shows us the interconnectivity of all of our experiences. Whether the viewer is able to relate to, or just observe this tapestry, we all play a role in its existence. We all feel its effects.

Jenkins ability to do this can best be described as cinematic magic.

“If Beale Street Could Talk” is set to release in select theaters on December 25th. 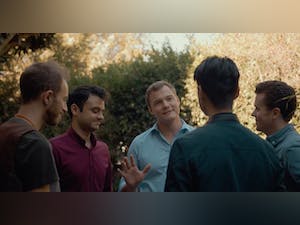 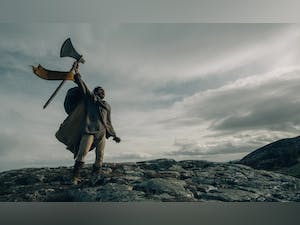 REVIEW: ‘The Green Knight’ is a refreshing take on Arthurian legend 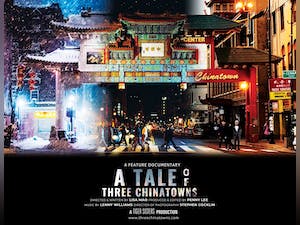