“Death Wish” will leave you wishing just that

Horror director and producer Eli Roth has had an interesting career spanning two decades. From cult classics like “Cabin Fever” and “Hostel,” as well as an extremely memorable performance as the “Bear Jew” in Quentin Tarantino’s “Inglourious Basterds,” Roth has had both highs and lows, mostly earning a reputation as a niche director who makes gruesome, polarizing films. In a move away from his traditional role as director and producer of violent horror flicks, Roth has decided to undertake a reimagining of the 1974 revenge thriller of the same name, “Death Wish.”

What results is a bland, procedural action film that makes it suspiciously unclear as to whether or not it is self aware, leading the audience to laugh at scenes that don’t seem to be intentionally humorous.

The premise of the film is essentially outlined in the trailers. A man’s family is attacked while he is out and -- not having faith in the justice system -- decides to take matters into his own hands, literally earning the (uncreative) title of “Grim Reaper” as he anonymously shoots his way through the Chicago underworld.

What would essentially work as an action film (albeit a traditional one) is muddled by a quarter of the film relying solely on exposition. The purpose is presumably to create an emotional attachment to the protagonist Paul Kersey (Bruce Willis), his wife Lucy (Elisabeth Shue) and daughter Jordan (Camila Morrone). What happens instead is an exceedingly stiff first act where the only valuable components are the inciting incident when his family is attacked and the reveal that Paul is a surgeon, which becomes an important element in the second act.

It is unclear as to whether or not this is the result of a poor script, but this may be the most phoned-in, emotionless set of performances by a group of actors in the last couple years. Lucy might as well have been a robot; when she sees her daughter being held at gunpoint during the pivotal burglary, her reaction could not have been more insincere. Paul’s expression seldom changes throughout the length of the entire film, even with the spectrum of emotional and traumatic events that transpire.

Given the length and monotony of the exposition at the start of the film, it still falls short of being a compelling action movie. What little adrenaline this movie produces is squandered by the fact that it is administered by a middle-aged, wealthy surgeon who doesn’t like cops very much. He randomly and violently administers vigilante justice throughout the streets of Chicago by way of a handgun that conveniently fell off one of his patients on the operating table (as if the police or paramedics wouldn’t have removed a deadly weapon before bringing a shooting victim into a hospital).

Between all of this intermittent violence is a strange subplot where Paul tries to conceal his identity as a vigilante from a pair of detectives (Dean Norris, Kimberly Elise) and his brother Frank (Vincent D’Onofrio) who serves little purpose besides asking for money from Paul at the beginning of the film. This makes up the bulk of the second act before it is then hastily resolved in the film’s last act.

There is little to be said about “Death Wish” besides that it remains unclear as to whether or not it was a major misstep or a calculated, self-aware action-comedy. There were a lot of scenes where the audience literally laughed out loud, but it was very ambiguous as to whether or not the comedic moments were intentional. Given the subject matter and some of the brutal on-screen deaths, the comedic timing seemed a little inappropriate. If you want an intentional balance between action and comedy, go see “Game Night.” Overall, “Death Wish” is a dismal action flick which only stands on the legs of its absurdity, whether intended or not. 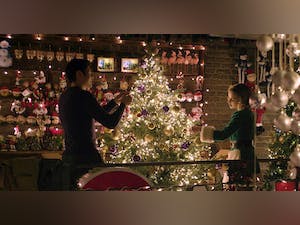