‘The Room’ star, Jacob Tremblay, does it again with ‘Wonder’

Based on the New York Times bestseller, “Wonder” tells the beautiful story of August “Auggie” Pullman, a 10-year-old boy with an extremely rare facial deformity, attending school for the first time after being homeschooled by his mother all of his life. The film is heart-warming and inspiring -- especially school-aged students. ‘Wonder’ has the capability to really spark change amongst families with children living with facial deformities. Its emotional and honest depictions of love, kindness, and forgiveness are exceptional. The child cast did a beautiful job of capturing the real-life reactions to a new student with unique facial differences, however, some may have missed the mark when it came to really pushing the envelope during the very emotional scenes.

Directed by Stephen Chbosky (“Perks of Being a Wallflower”), “Wonder” follows the Pullmans, an upper-middle-class family living in a modern-day brownstone in New York City. The story follows the youngest child of the family, Auggie (Jacob Tremblay), as he starts 5th grade at what seems to be a charter school in the city.

This story is narrated from four different perspectives: Auggie, his sister Olivia, or “Via” (Izabella Vidovic), Auggie’s friend Jack Will (Bryce Gheisar) and Olivia’s best friend Miranda (Danielle Rose Russell). Each perspective gave the audience the opportunity to really unpack the relationship between all of the characters and Auggie by seeing one story through four different viewpoints.

The film did an amazing job portraying the internal struggles of parents taking care of a child with facial deformities. Auggie’s parents Isabel and Nate, played by Julia Roberts and Owen Wilson whose on-camera chemistry is unquestionable, add the perfect amount of comic relief throughout the story.

The 11-year-old Canadian actor, Jacob Tremblay, is no novice to the movie industry, with his breakout performance in “The Room,” alongside Brie Larson in 2015, for which he won the Critics’ Choice Movie Award for Best Young Performance.

Tremblay did a great job capturing the pain of young Auggie as his character endures consistent bullying from peers and ostracism from the outside world. However, there were many moments where I wish he would’ve pushed his emotions a little farther. Entering the theater for “Wonder,” you expect to go through maybe two or three boxes of tissues but the film rarely, if ever, hits you that hard.

When it comes to adapting a novel for the big screen, you can imagine the amount of cuts and edits that eventually produce the final copy. Nevertheless, “Wonder” requires the extensive amount of character development that the 2012 R.J. Palacio novel had in order to really understand the emotions felt by the characters as Auggie entered mainstream schooling for the first time.

A notion of kindness was felt throughout the entire film. One of the pinnacle lines reiterated in the film is by Auggie’s homeroom teacher, Mr. Browne (Daveed Diggs), who says “If you have to choose between being right and being kind, choose kind.” This line puts into words the film’s guiding theme.

It couldn’t have been a better time for a movie like this come out, especially at time where the political and racial tensions are so high in this country. Reminding others to be kind and patient when introduced to someone that seems different is so important. The film teaches you to embrace and love one another regardless of differences. It teaches those who consider themselves different to love themselves and to make allowance for ignorance.

“Wonder” is a beautiful story that everyone should see. Perfect for children, young adults, parents or even your neighborhood politician. You are never too old or too young to learn to be kind. #ChooseKind 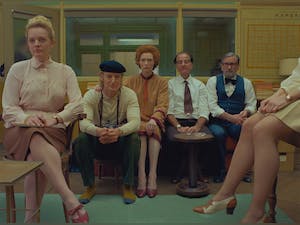 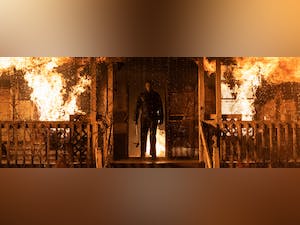 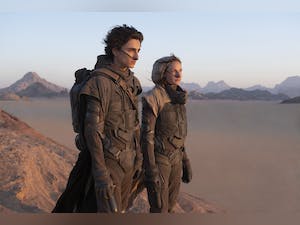