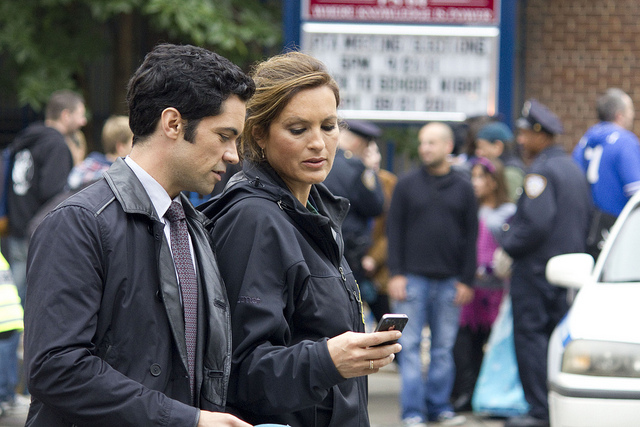 When “SVU” dives into the sticks to one storyline, it can be good. Really good.

Holden March (John Karna, “Scream”) hates beautiful women, and the men they chose to sleep with, for not adequately appreciating him. He’s definitely suffering from something, but the episode only lightly touches the idea of having sympathy

Like Elliot Rodger, Holden makes videos explaining his manifesto (which the detectives say over and over again lest the audience not understand the title) for each target.

On his final rampage at a university, Detectives Amaro and Rollins end up negotiating with Holden as holds a student hostage. Amaro attempts to reason with him, but Amaro can’t be trusted because he was “born guapo.” Rollins, on the other hand, looks like Holden’s victims and leads him on, feeding him that old tale about formerly popular people who show up to high school reunions and turn out to be losers. Rollins and Holden nearly kiss, but are interrupted when a bullet strikes Holden in the head, splattering a defeated Rollins with blood.

Holden is definitely suffering from something, which Olivia and the rest of her squad understand and take in stride (he’s still a monster, after all), but the new deputy chief (Peter Gallagher, “Covert Affairs”) is merciless.

In general, the new deputy chief, William Dodds is proving to be a lot less ethical and a lot less nice than Cragen was (“You make probable cause!”). His timing on the show is no coincidence, as he’s even a hard ass with Olivia, who can’t seem to balance life as a foster mom and sergeant.

Baby Noah is in the hospital with an old fractured rib injury for the whole episode, and she has Noah’s caseworker and Dodds breathing down her neck – the caseworker for not visiting enough, Dodds for not being married to the job. The episode ends with Olivia promising Noah will see the world. Maybe he will, but maybe not with her.

*Who else had this scarring flashback when Rollins and Holden almost kissed?
*When will we get to see more of the Amaro/Rollins situation!?