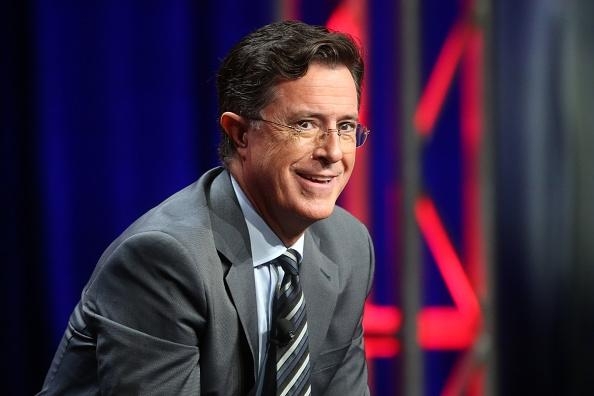 My grandparents were big fans of Jay Leno. They liked his traditional monologue, his tried-and-true street bits. They think Jimmy Fallon is for “the youth.” Going by those standards, Conan O’Brien is for “the strange.” Jon Stewart was for “the liberal.” David Letterman was for "the cynical." But who is Stephen Colbert for?

This is the question Colbert strove to answer in the premiere episode of “The Late Show with Stephen Colbert,” which premiered Sept. 8. Much has been made of Colbert leaving his crazed conservative pundit character behind in favor of a more authentic persona. In his first episode on network television, Colbert pushed the envelope just enough to show viewers that he hasn’t lost his satirical bite along the way.

Some parts of the episode were unabashedly a part of the talk-show trope, especially during Colbert’s interview with George Clooney. There were attempts at deeper conversation, with questions surrounding Clooney’s humanitarian work in Darfur and his much-publicized marriage to lawyer Amal Clooney, as well as a short sequence of videos playing on a fake action film starring Clooney, hilariously named “Decision Strike.” But the segment was mostly fluff, interrupted at one point by the audience’s chants of “Stephen!” I could feel the pure excitement through the screen, threatening to take over the proceedings at any given moment.

Other segments were more successful because they alluded to Colbert’s previous brand of political satire. An early bit comparing the media’s obsession with Donald Trump to an addiction to Oreos played well with the crowd, who, like myself, had been thirsting to see Colbert’s response to the bombastic Trump. In his interview with Jeb Bush, Colbert was unwilling to let the presidential candidate get away with typical political answers. Colbert threw him some softballs to start, but then compared the Bush brothers’ relationship to the dynamic between himself and his brother Jay, who sat solemnly in the audience.

“I love my brother, even though we politically differ,” Colbert said during the show.

Why couldn’t Jeb do the same with George? Jeb tried to slink out of the question, but Colbert waited for a substantive response, unafraid of scaring off other presidential candidates from appearing on the show. I was immediately drawn to Colbert’s commitment to getting something new from his guests, especially when that guest could become America’s next president.

It was equally as fascinating to witness the moments when the political caricature bled into the host’s real personality, and his willingness to play off of the public’s knowledge of that character. When Jeb commented on the amount of portraits of the host in the newly renovated Ed Sullivan Theater, Colbert aptly responded, “I used to play a narcissistic conservative pundit, now I’m just a narcissist.”

I could see the disappointment in the premiere on social media, mostly from dedicated fans who were struggling with the loss of a persona they looked to for the news every weeknight. Sure, this show doesn’t have the same mission that “Colbert Report” fans know and love. It won’t feel as righteous, nor will it claim to be. But it will be authentic Colbert: absurd, conscientious and sincere. The most beautiful and successful parts of the premiere--the introductory “Star-Spangled Banner” number, the startlingly fresh interview with Bush, the flurry of musical joy in Jon Batiste and Stay Human’s rendition of Sly and the Family Stone’s “Everyday People"-- were the most earnest, a quality that late-night television is desperately lacking. Perhaps that’s who Colbert’s newest endeavor is targeted at--not “the youth” or “the liberal,” but rather, “the earnest.”