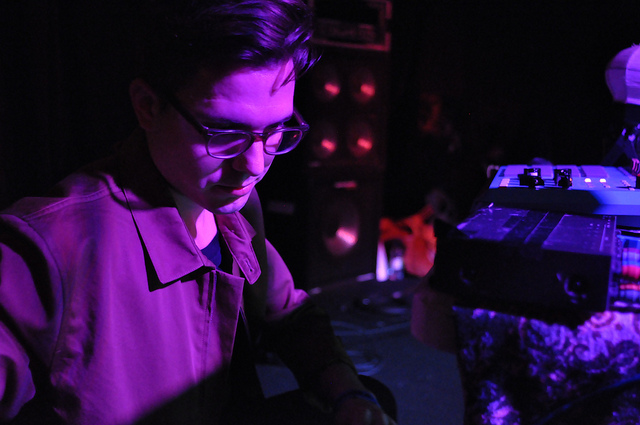 Purity Ring released their second album “Another Eternity” on March 3, leaving fans with the hope that they won’t have to wait another three years for a third album. Three years felt like an eternity after the quality and success following the band’s 2012 debut, “Shrine.”

In the meantime, the electronic duo from Edmonton produced music for innovative artists, like Ab-Soul and Danny Brown, and toured around the world. “Shrine” was a hallmark of the electro-pop revival. However, the industry has imitated its style, and “Another Eternity” fails to be as distinctive and pioneering as the band’s previous collections.

At times, the album seems stranger than fiction and can often make your body ache, yet it is also guilty of repetition with several tracks carrying a similar tone and touch. Despite this, "Another Eternity" is an impressive piece of work that incorporates pop vocals with nuanced electronic backing. This tactfully composed album backs up the heavy influence of “Shrine” within the genre.

The album starts out particularly strong and seems as if it might live up to the lofty expectations three years in the making. The second song on the album, "Body Ache," is arguably the best track on the entire project. The pulse of the bass and the reverberating lyrics give the song a feeling that lives up to its name. Another of the album's premium songs comes two tracks later. "Repetition" is a gritty and honest love soliloquy with a swaying beat.

Unfortunately for fans of Purity Ring, after "Repetition," the album gets, well, repetitive. The several of the following songs don't stand out as anything special and blend together when listened to consecutively. "Flood on the Floor" injects some vitality into the album with a Middle Eastern twang on the end of rising synth segments.

A defining aspect of “Another Eternity” is the soaring piano melodies that tie the album together and smooth out a consistent feel. Dreamy, romantic, sensual and honest melodies are all portrayed through vibrating, often isolated piano riffs.

"Another Eternity" is a good album to blast into youthful ears while studying, but it leaves much to be desired after Purity Ring’s early success.