TV Review: “The Neighbors” falls short of “The Room” 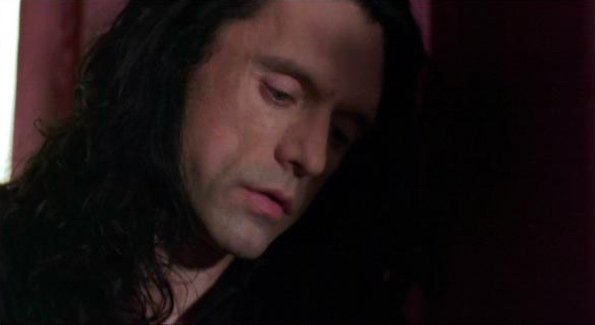 There is no easy way to watch the four episodes of Tommy Wiseau’s newest cinematic venture “The Neighbors” on Hulu. Sprung out of the unlikely success of the cult classic film “The Room,” Wiseau’s “The Neighbors” is a messy, unfunny, intentional attempt to reconstruct everything audiences loved about “The Room.” With the script, acting and technical production of a pornography film, “The Neighbors” also takes on the cinematographic style of “The Office,” with its shaky camera movements.

Of the many issues that plague “The Neighbors,” its cast is probably the most disorganized and chaotic. Lined up with a bland arrangement of stereotypical characters including a “crazy angry black lady” Cici (Pamelia Bailey), a “jock” Tim (Raul Phoenix), a “stoner” Troy (Andrew Buckley) and a parade of promiscuous women, “The Neighbors” makes the cast from “The Room” look like Golden Globe nominees. Surprisingly the biggest problem with “The Neighbors” is its lack of Wiseau in the actual show, although he plays two different characters (Charlie and Ricky Rick). With a cast of unknown and new professional actors and actresses portraying their characters, Wiseau’s mumbling and shriveled facial expressions only slow the story of each episode down and confuse the characters on set, along with the audience at times.

Filled with similar motifs to “The Room” (spoons, repetitive scene transitions of architecture, football and drug dealing), each episode of “The Neighbors” surrounds its characters and audience alike with similar themes that cram themselves into the dialogue and storytelling of the show. Recurring motifs include a chicken, drug dealing, basketball and a repetitive outside still view of the apartment where all of the neighbors live.

If the acting or stories of each episode don’t deter you from watching another chapter of “The Neighbors,” the editing and production of the show will. Recorded with screechy sound quality and filled with intentional editing mistakes and sloppy cuts, the editing of “The Neighbors” is the final nail in the coffin for Wiseau’s veil of ignorance. Though Wiseau has rode out the success of his disastrous, unintentionally funny production of “The Room,” “The Neighbors” is a success story gone wrong. Instead of rising out of the surprise success of “The Room” it seems Tommy Wiseau has actually fallen victim to his own previous success, trying to intentionally make “The Neighbors” an exact copy of the horribly funny mess “The Room.”