“The Blacklist" Recap: The team hunts an elusive serial killer 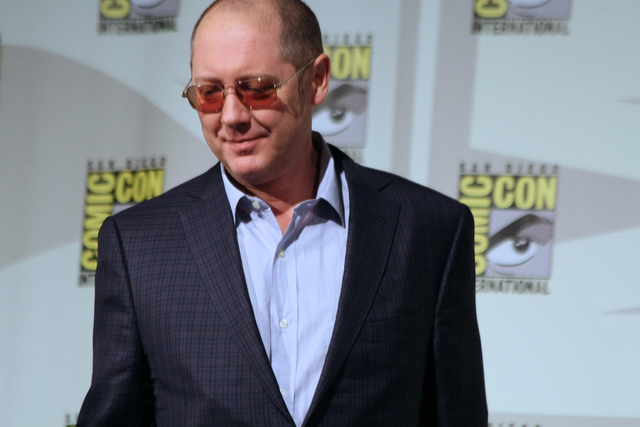 Although I was delighted to see Agent Elizabeth Keen (Megan Boone, “My Bloody Valentine”) channel her inner Scully by teaching FBI trainees, this week’s episode of “The Blacklist” served mainly to air all of the show’s main flaws. First of all, Keen teaching provided the voiceover exposition needed to introduce the audience to the episode’s antagonist, a serial killer called “The Deer Hunter” due to the way he hunts and treats his victims. That’s a lazy way to tell us what we need to know, “Blacklist” writers. After class, master-criminal-turned-FBI-informant Raymond “Red” Reddington (James Spader, “Pretty in Pink”) mocks Keen for teaching and makes a deal with her: if he helps the FBI catch the Deer Hunter, Keen tells Reddington what she knows about the Fulcrum, the mystery device that’s been propelling the action this season.

Meanwhile, Detective Martin Wilcox (Michael Kostroff, “The Wire”) calls Keen to tell her that he will be getting a federal judge to allow him access to Keen’s secret files. Thus he catches her in the lies she told about the D.C. Harbormaster’s murder and ex-husband Tom Keen’s (Ryan Eggold, “90210”) involvement and escape.

After Reddington informs the FBI team that the Deer Hunter is, in fact, a woman, the team also discovers she is a copycat killer. Reddington also asks Agent Aram Mojtabai (Amir Arison, “Girls”) to trace a phone number, as Reddington is still uncovering the mysterious voice on the other end of last week’s cliffhanger phone call.

“The Deer Hunter” is revealed to be a woman (Amanda Plummer, “Hannibal”) who kills men who have harassed, stalked or abused women. Keen and Agent Donald Ressler (Diego Klattenhoff, “Homeland”) are able to track down the Deer Hunter’s identify after connecting the victims through their wives or girlfriends, who had sought help from a women’s advocacy group.

After this discovery, Keen is promptly kidnapped by the Deer Hunter, who explains that her husband was the real serial killer, thus making her the copycat killer. Keen nearly chokes her to death but is saved by Ressler and other agents.

Keen confesses to Ressler that she wants to come clean to Wilcox. Ressler tells her to put the FBI team above her personal issues and to think of the many lives she’s helped to save with the team already and the ones she would let go if she gave herself up. My heart melted into my stomach at this moment, so credit to Klattenhoff and Boone for playing this scene perfectly.

Reddington stops the witness from the dock who was going to place Keen at the scene by offering a heart transplant for the witness’s brother, so Wilcox no longer has a case.

Tying up all loose ends, Mojtabai traces the call for Reddington, who finds a ringing phone and a pool of blood in an abandoned apartment. Keen tells Reddington she has the fulcrum, and he assesses that she doesn’t want to give up the device because that would mean the end of their relationship. But, the show has been renewed for a third season, so their relationship has to continue on till at least next spring.

* Amanda Plummer seems to only get work as creepy serial killers. She’s so great in these roles, but I still associate her with the Disney Channel Original Movie “Get a Clue” with Lindsay Lohan.

* The line that makes the episode: Reddington touches Mojtabai’s hair and says, “I used to have a teeming mane like that.”

* “The Blacklist” Cliche Counter (patent pending): Ressler figures out the way to determine if the Deer Hunter is a copycat in conversation about something else with Liz, pauses and yells, “That’s it!” … Amanda Plummer asks the wife whose husband she is about to kill, “Are you in? Or are you out?”... Later, she is seen in the women’s advocacy center when Ressler and Keen connect the victims. This is a main problem I have with the show. Most of the time, “The Blacklist” furthers these procedural tropes or subverts them. When it relies on them to tell the episode’s story, the show feels like any other procedural drama and very, very silly.

*Honestly, do real humans monologue? I think only villains monologue to explain their motivations, or people who have to declare their unspoken love for someone. Only two instances of fictional monologuing.

*Next week’s episode looks to be completely bonkers. Everyone’s favorite hot-double agent husband, Tom Keen, is back. And Reddington is being put up for auction and sold to the highest bidder. Keep doing your thing, “The Blacklist.”