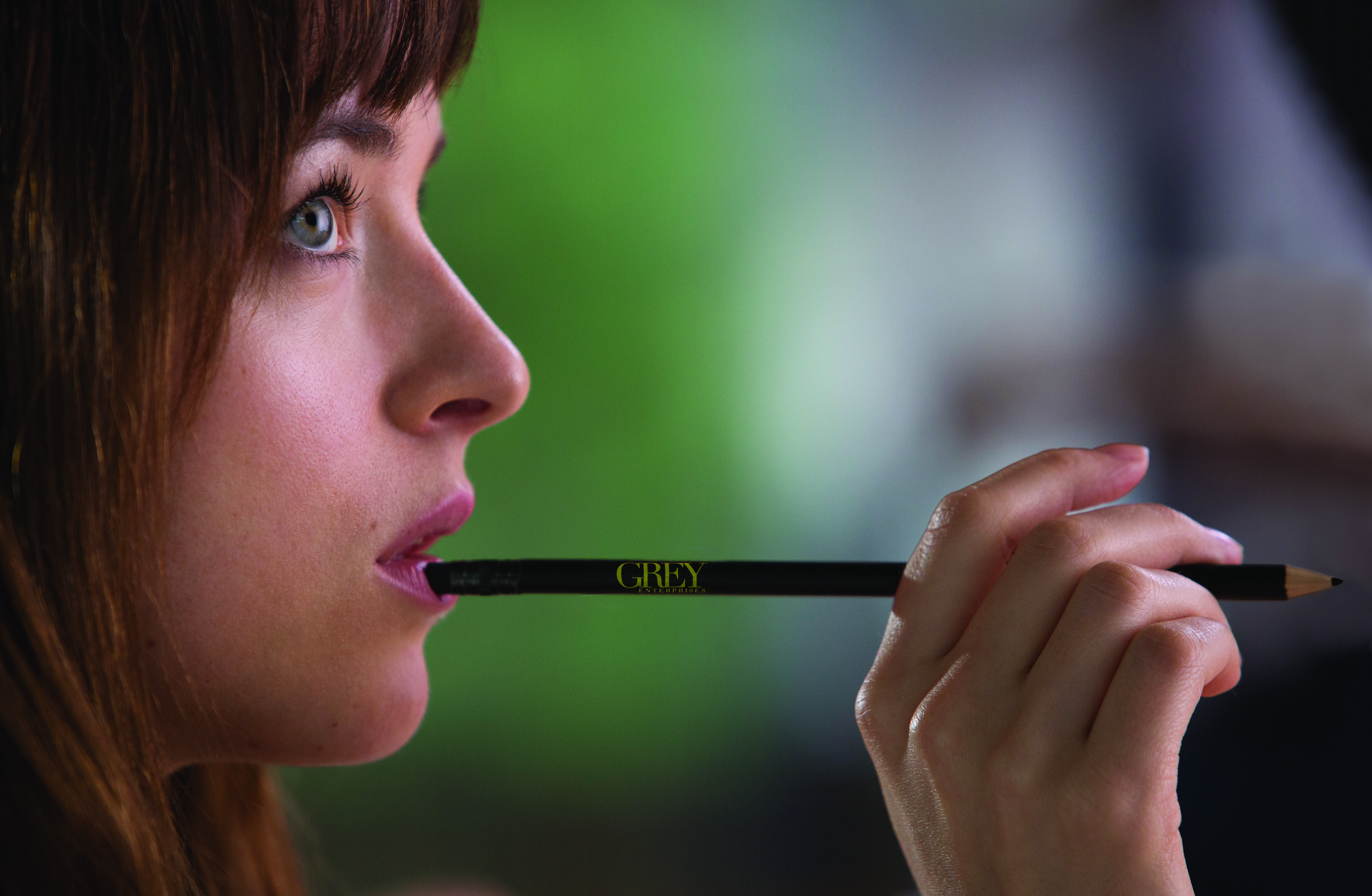 I had a lot of thoughts on “Fifty Shades of Grey,” many of which are detailed in my review of the film. For the observations that didn’t quite make the review, here are my remaining reactions to “Fifty Shades.”

1. The soundtrack is amazing. So much great Beyonce. Also, that Ellie Goulding song is still stuck in my head.

2. Not enough screen time for Jamie Dornan in a blue v-neck sweater!

3. Dornan's Irish accent is so evident. It's like he's barely trying to hide it, which I think benefits him.

4. Staring at Dornan is like staring into the sun, if that sun were also the devil.

5. What does “Fifty Shades of Grey” say about American masculinity in relation to consumerism and capitalism?

7. Christian gives Ana the most generic list of authors to pick from when asking what made her "fall in love with literature." What if she was really into Harry Potter? Also, why is she not more offended by the Jane Austen dig?

8. The bathtub scene fluctuates between awkward and hot. The tub looks too small for two adult humans.

9. Ana and Kate are more like frenemies than friends.

10. Their apartments are unrealistic for college seniors/graduates.

11. Why is Christian Grey a benefactor of this random state university? Did he go to college,

20. Dornan looks like he is constantly on the verge of breaking, like bursting into laughter during an “SNL” sketch.

22. I wish the actor who played Ana's dad was Billy Burke.

24. There is a scene where Ana and Christian go for a walk in the woods. I swear, I thought Christian was going to sparkle and then was going to say, "Say it. Out loud." With Ana responding, "Vampire."

25. It doesn't seem to rain enough to accurately depict the Pacific Northwest.

27. Not enough breakfast food in this movie.

28. Ana's responses to Christian's dramatic, super serious statements are the funniest part of the movie.

31. Bane's line from "The Dark Knight Rises" kept going through my head, in regards to the "Red Room": "It would be extremely painful....for you!"

32. Ana's dresses are so beautiful and flowy. Although her "business" dress for the negotiation is nowhere near appropriate for an actual business meeting.

33. For someone who bites her lip so much, Ana's lips are not chapped at all.

35. There were two winking references to Jamie Dornan's other filmography. 1) Christian says something along the lines of, "Some people say I don't have a heart, Miss Steele." On "Once Upon a Time," Dornan’s character's heart is ripped out, because of magic. 2) When Christian finds Ana at the hardware store, she comments on his purchases (cable ties, rope, masking tape): "You're the complete serial killer." Christian replies, "Not today." Jamie Dornan plays a twisted, misogynistic serial killer on "The Fall." In-jokes!

36. I would have appreciated if Christian and Ana's email exchanges were read aloud via voiceover narration, "You've Got Mail" style.

37. If Christian has both a helicopter and a private plane, then why does he drive anywhere, ever? Like the "Twilight" vampires are super fast, why do they drive-OHHHHH. I get it.

38. See this movie and try NOT to see the "Twilight" parallels. I dare you.

39. I read the Wikipedia summary for the second book, and it is truly bananas. There's a masquerade ball.

40. I don't really understand how there will be two sequels to “Fifty Shades of Grey.”

41. Ana's parents seem pretty relaxed about their daughter dating a mysterious billionaire, and about the fact that she didn't tell either one of them about the relationship.

42. Why would Kate send Ana to do the initial interview in the first place? Ana is not a journalism major, and she doesn't work on the school paper. Why wouldn't Kate ask one of the other people from the paper? Kate and Ana are bad journalists.

43. Ana's drunk dial to Christian was laugh-out-loud funny. Major props to Dakota Johnson for playing it both relatable and ridiculous.

44. For a person whose "thing" is books, I don't think there's one scene of Ana reading.

45. For a person with ridiculous abs and muscles, all we ever see Christian do is run and have sex for exercise. I don't think that makes such flawless of a physique. Where is Christian's at home gym? You know he has one.

46. In interviews, both actors said that the negotiation scene was their favorite. That scene lives up to the hype: it's funny, hot and may be the only scene in the film in which both leads appear to like each other in any capacity.

47. Who cleans Christian's apartment? It's spotless.

48. I was uncomfortable with the number of gifts Christian gave Ana and also the cost of those gifts. The fancy books were fine, the car was way over the line!

49. When Christian showed up in Georgia unannounced (like a stalker), he straight-up judges Ana for how many Cosmopolitans she's drank! Chill, she's with her mom! Also her mom is totally non-phased and is actually excited at him randomly showing up.

50. The blooper reel for this movie is probably incredible.