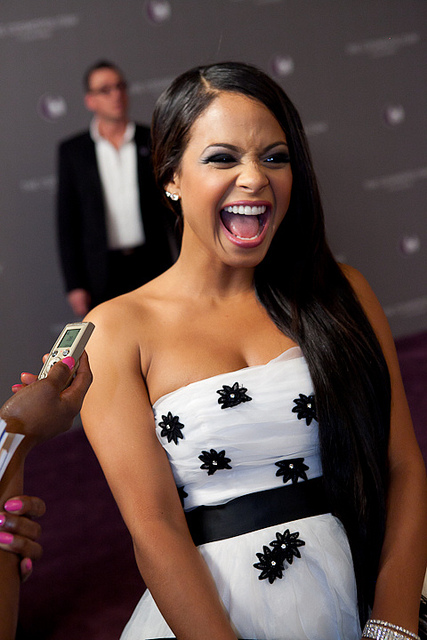 The Milian family is back again this week, just a little less turned up, but still just as interesting.

Danielle Milian and Richard continue to fight. I think these newlyweds really need to get it together. They cannot positively express their feelings to each other in a constructive way. As demonstrated through choice words at the beginning of the episode, Richard continues to disrespect his wife, sisters-in-law and mother-in-law by the few.

Danielle finally realizes that she needs to take hold of her marriage. She begins to think not only of herself but of her children as well; she doesn’t want her family to disintegrate. She even admits that she has the tendency to stay in a relationships longer than she should. But a marriage isn’t just any relationship; it’s for life (or supposed to be). I respect Danielle for wanting to take the reigns and attempt to make things right with her partner, at least for the children’s sake.

Richard and Carmen Milian have a serious talk about his behavior and how he handles his anger. Mama Carmen plays no games and sets Richard straight by letting him know he can’t disrespect her daughter in the ways presented in the beginning of the episode and in the past.

As the resident chef in the Milian household, Lizzy Milian wants to open up a Jewish-Cuban (Juban) fusion food truck to showcase her religion and ethnic background. The combination sounds like it would be interesting and draw in a crowd of foodies. Now, I’m not so sure about the kosher food, but the Cuban side of the truck sounds amazing!

Finally, we get to see Christina Milian and her daughter, Violet, bonding together and getting their hands dirty by washing their car. Violet is literally the cutest little kid (and the coolest, follow her on Instagram, @VioletMadison). I think it’s so great to see that she seems to be growing up like a normal kid and that her parents’ fame has not negatively affected her childhood.

* Christina looks into getting a bigger booty and a little twerking action. I think I see a trend with Christina and different body parts.

Tune in to “Christina Milian Turned Up” Sunday nights at 10 p.m. on E!