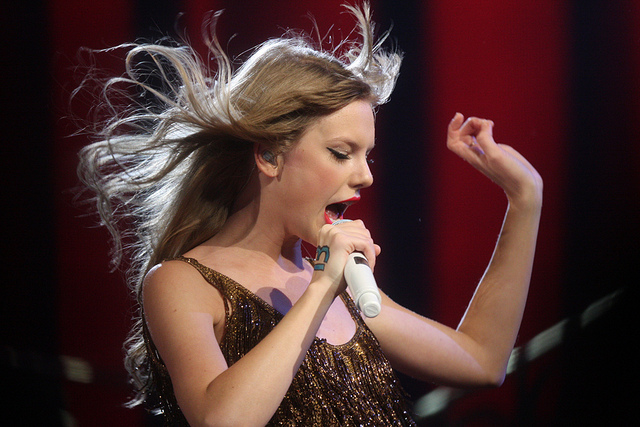 The American Music Awards don’t matter. They’re fan-voted and superfluous, more important as talking points for music superstars than as legitimate barometers of artistic quality. Nonetheless, the show is really an excuse to let some of pop’s biggest stars present their new music. Here’s how they did.

Oh, and the awards themselves? You can read a winners list elsewhere. It doesn’t matter.

This song, one of the year’s best in any genre, sounds much better blasting from speakers than it does emanating from Taylor Swift’s actual vocal cords, which aren’t really strong enough to navigate the song’s dynamics. Nonetheless, she made up for vocal shortcomings with terrifying facial expressions worthy of a slasher movie. B


Picking up where Swift left off, this budding superstar blazed the stage with her hit “Boom Clap” and new single “Break the Rules.” Few artists can get through an awards show performance without shedding clothes halfway through, but XCX (if that is her real name) has a solid voice and a great ear for hooks. B


Here’s a pairing no one was asking for. And for good reason - this affectless summer smash already seems like a relic of an age we’d be better off forgetting. (Also, Wyclef couldn’t get his jacket off for more than half of the performance. If that’s not a metaphor, I don’t know what is.) D-


5 Seconds Of Summer - What I Like About You... by IdolxMuzic

While I would have preferred to see these talented young rockers perform one of their sinfully catchy originals, this faithful cover of the classic by The Romantics is a decent showcase for the guys’ guitar skills. B

Imagine Dragons, "I Bet My Life"

Just a few minutes after this performance, I remember almost nothing about it. That’s a bad sign. C

Sam Smith feat. A$AP Rocky, “I’m Not the Only One”

He’s not an exciting performer yet, but he’s technically proficient and looks sharp in a suit. For now, that’s good enough to be one of the night’s best. B+

Iggy Azalea feat. Charli XCX, “Fancy” and “Beg For It”

In a year or two, we probably won’t remember that Iggy Azalea existed, and it’s performances like this that make me think so. Even when her microphones were working and she was rapping live, her flimsy lyrics left little to the imagination. C+

The performance of the night. She performed like a star instead of someone who showed up at the AMAs to make a few bucks. Fearless dance moves and haunting vocals made this a mid-show highlight. A-

There’s a strategy behind starting most of her performances a cappella - Ariana Grande wants you to know that she’s one of those pop stars who can really sing. But it’s hard to quibble with a vocal range as wide as hers. This performance was basically a slight extension of her “Saturday Night Live” routine a few weeks ago, but it was equally solid. B+

Pitbull feat. Ne-Yo, “The Time of Our Lives”

Have you ever seen Pitbull perform on an awards show? If yes, you’ve seen this performance already. It was no better or worse than usual. B-

Selena Gomez, “The Heart What It Wants”


Selena Gomez - The Heart Wants What it Wants... by mjsbigblog

If you want, you can read lots of interesting narratives about the cycle of unpleasant or even abusive relationships into this new ballad from the former Disney star. With her visible emotions coming out at the end of the performance, Gomez clearly wants you to think about the song’s connection to Justin Bieber. As a song, though? This song is flat and her performance lacked drama. It was more interesting as a glimpse into her personal life than as a piece of entertainment. C+


A subdued performance from America’s hottest boy band didn’t set the world on fire, but this teen sensation has proved surprisingly resilient nonetheless. B-

A trainwreck from Lil Wayne and a snoozefest from Nicki. Only Skylar Grey seemed fully engaged. C

With a DJ Mustard Beat and a guest appearance from YG, Fergie is clearly chasing a certain of-the-moment energy with her solo comeback. It’s a spirited return, though it feels more obligatory than essential. B-


No way of getting around it - Garth Brooks isn’t popular like he used to be. And this generic uplift anthem doesn’t do much to suggest otherwise. C+


Newly energized after spending a year recording her new album with British heavyweights like Sam Smith and Disclosure, Blige blazed the stage with a late-game lesson in vocal power. B+

VMA wardrobe malfunction long in the rearview mirror, the fearsome trio delivered on the high-octane energy of this catchy tune. Lorde’s dance moves stole the show, though. B

This song is musical clickbait, but the 45 year-old J. Lo can move. B