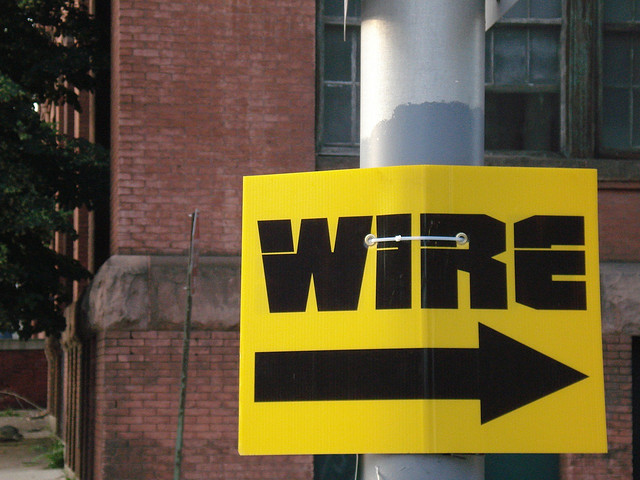 Welcome to the pre-Halloween edition of “The Wire” Diaries! One distinctive aspect about "The Wire" I’ve noticed is that the show directly opposes escapism, one of the most commonly accepted purposes for TV (or all pop culture, for that matter). Rather than allowing the viewer to forget his or her troubles for an hour, "The Wire" presents very real social, political and economic national issues. This isn't the "Real Housewives." But the drama and yelling in this week’s batch of episodes could be. Onto the recaps!

The Sobotka investigation continues, with the ship workers receiving jury summons and Officer Russell attempting to establish an informant. McNulty also examines connections between the dead shipping crate girls while Bubbles tells him where to find Omar for the upcoming Marquise “Bird” Hilton trial. Frank Sobotka’s anger explodes at the investigators. The Sobotka detail overlaps with the shipping crate homicides, reuniting more of the Barksdale detail. Nick and Ziggy Sobotka struggle to settle debts due to Ziggy’s drug dealing. Frank Sobotka looks to pause his smuggling business, but an associate of “The Greek” raises his payment.

The drug trade continues on the streets, but the product being peddled by Stringer Bell and Avon Barksdale’s men is of poor quality.

In the “Bird” trial, Omar succeeds as a witness and Bird is sentenced for the murder of William Gant. McNulty and his wife, Elena, go out for dinner. Kima Greggs and her girlfriend, Cheryl (Melanie Nicholls-King, “Rookie Blue”), fight over Kima’s investigation of a strip club for the Sobotka case. Russell demonstrates knowledge of computers as the Sobotka detail tracks the movements of the shipping containers. Frank Sobotka holds a union meeting and deals with Ziggy’s issues. After refusing to continue participating in the drugs game, D’Angelo Barksdale is strangled to death in prison; the murder was orchestrated by Stringer Bell.