TV Review: “The Good Wife” returns with a bang - in prison 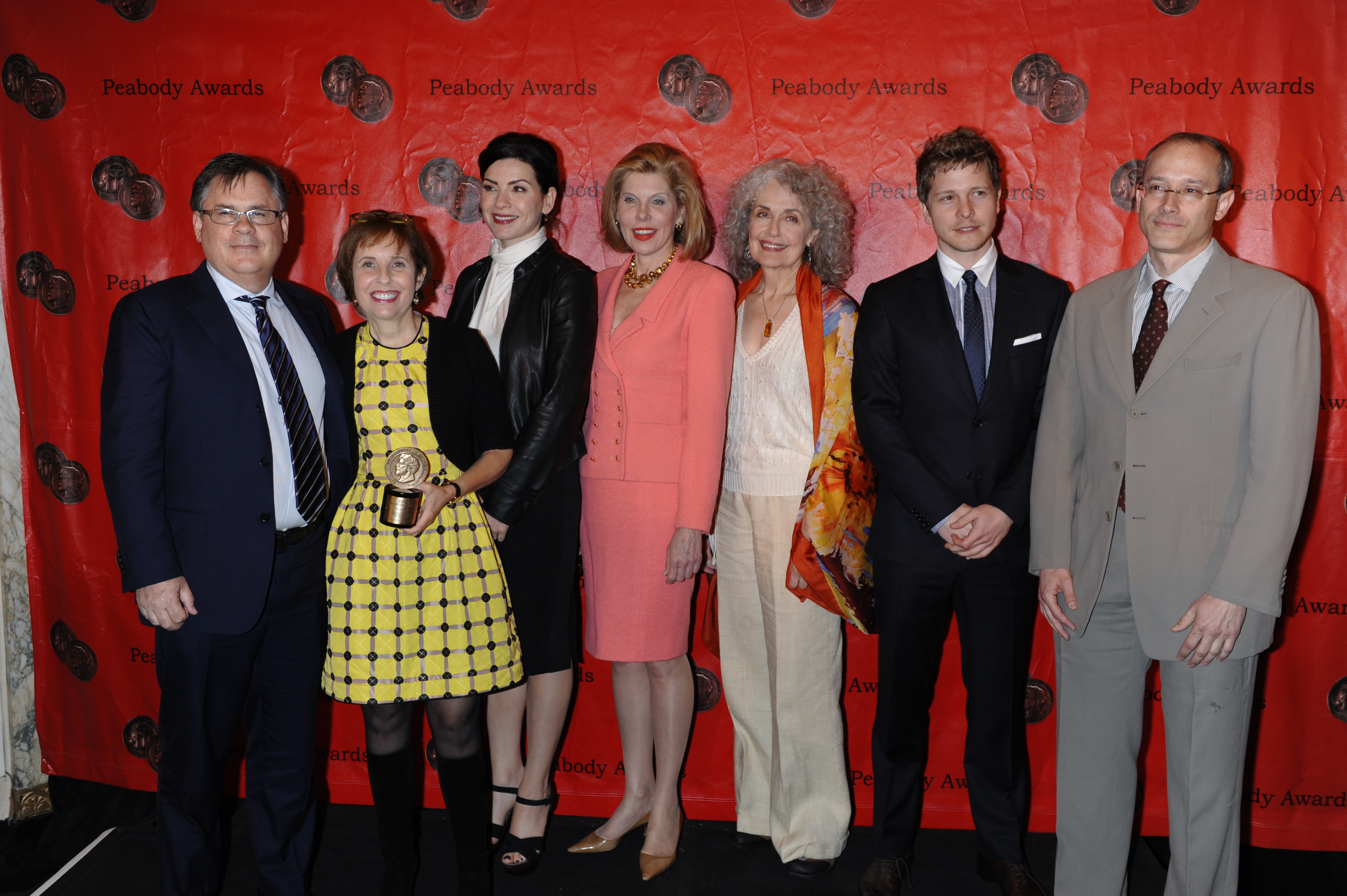 Warning: This post contains spoilers for the season six premiere of “The Good Wife,” entitled “The Line.”

When does enabling crime stop and committing it begin? Where is “the line,” to appropriate the title of this episode?

These are questions that hang over Sunday’s fantastic season premiere of “The Good Wife.” The arrest of Cary Agos (Matt Czuchry, “Gilmore Girls”) on a drug charge allegedly committed while representing a client takes center stage, interrupting the resolution of plot lines left over from last season

As in the past, they come in a case involving LeMond Bishop (Mike Colter, “Ringer”). The Chicago drug dealer and the complications of representing him have been a frequent source of moral ambiguity. The ruthless and chillingly smooth Bishop represents perhaps the clearest case of the legal talent at the firms (first Lockhart-Gardner, now Florrick-Agos) strengthening a force causing significant harm to the community.

I’ll get back to that in a minute, but I love that they put Agos behind bars.

It gives the frequently underserved Czuchry some of his best material on the show to date. Stripped of his status as an operator wearing a tailored suit with a Blackberry glued to his hand, the character is vulnerable in a way we haven’t seen before.

Additionally, the show depicts his experience in the criminal justice system as terrifying and dehumanizing, exacerbated by inefficiency and unsympathetic police. We’ve seen Alicia and company visit clients behind bars countless times, but this hits home in a way it doesn’t for unfamiliar faces.

The arrest scene was well-directed: shot in darkness to limit the viewer’s perspective and enhance the chaotic sense of that scene. It wasn’t an accident – I initially thought he was being robbed at gunpoint.

“The Good Wife” is a network show and therefore rarely has serialized plot lines, so I was somewhat surprised that Agos remained locked up at episode’s end. Where are we going here? I have a hard time believing he will go to prison, regardless of the supposed recording Sophia (Kelli Giddish, “Law & Order: SVU”) tells Kalinda exists implicating him. But even if not, Agos’s absence during a critical period for Florrick-Agos, with Diane looking set to join the firm over his objections, will have consequences down the road.

Returning to the idea of crossing lines, while Agos probably didn’t outright tell Bishop and members of his crew how to avoid getting caught shipping $1.3 million worth of heroin, his hands aren’t clean. The prosecution may be pushing its luck in a desperate effort to bring down Bishop, but Alicia and Agos knew the risks going in, as Diane and Will (R.I.P.) did before them.

The uncomfortable reality is that like Maury Levy in The Wire, the lawyers on the show themselves profit from the drug trade. When they got into business with someone who has killed witnesses and sacrificed members of his own crew to survive, they signed up for the uncertainty as well as the money. Agos is unfortunately receiving the brunt of the blowback.

*I really don’t want Alicia to run for State’s Attorney. It feels like something that would be exceedingly out of character. And Peter is right: her popularity stems largely from her status as an apolitical figure.
*The political stuff continues to not be as interesting. I like Eli, and the dynamic with his visiting daughter (Sarah Steele, “Please Give”) was fun, but I’m not invested in the proxy war that is the State’s Attorney election. And I’d be fine if the words “Peter” and “intern” aren’t used in the same sentence ever again.
*Amazing how foreign the old Lockhart-Gardner offices feel these days. With Diane about to leave, there wouldn’t seem to be many reasons to return there, but that depends on how much focus the new firm headed by the delightfully evil David Lee (Zach Grenier, “24”) and Louis Canning (Michael J. Fox, “Back to the Future”) gets.
*Finn Polmar and his fun-to-say name are back, but in an adversarial role trying Cary. Some have speculated he is a future love interest for Alicia, so it’ll be interesting to see how that develops with them on opposite sides of a courtroom.